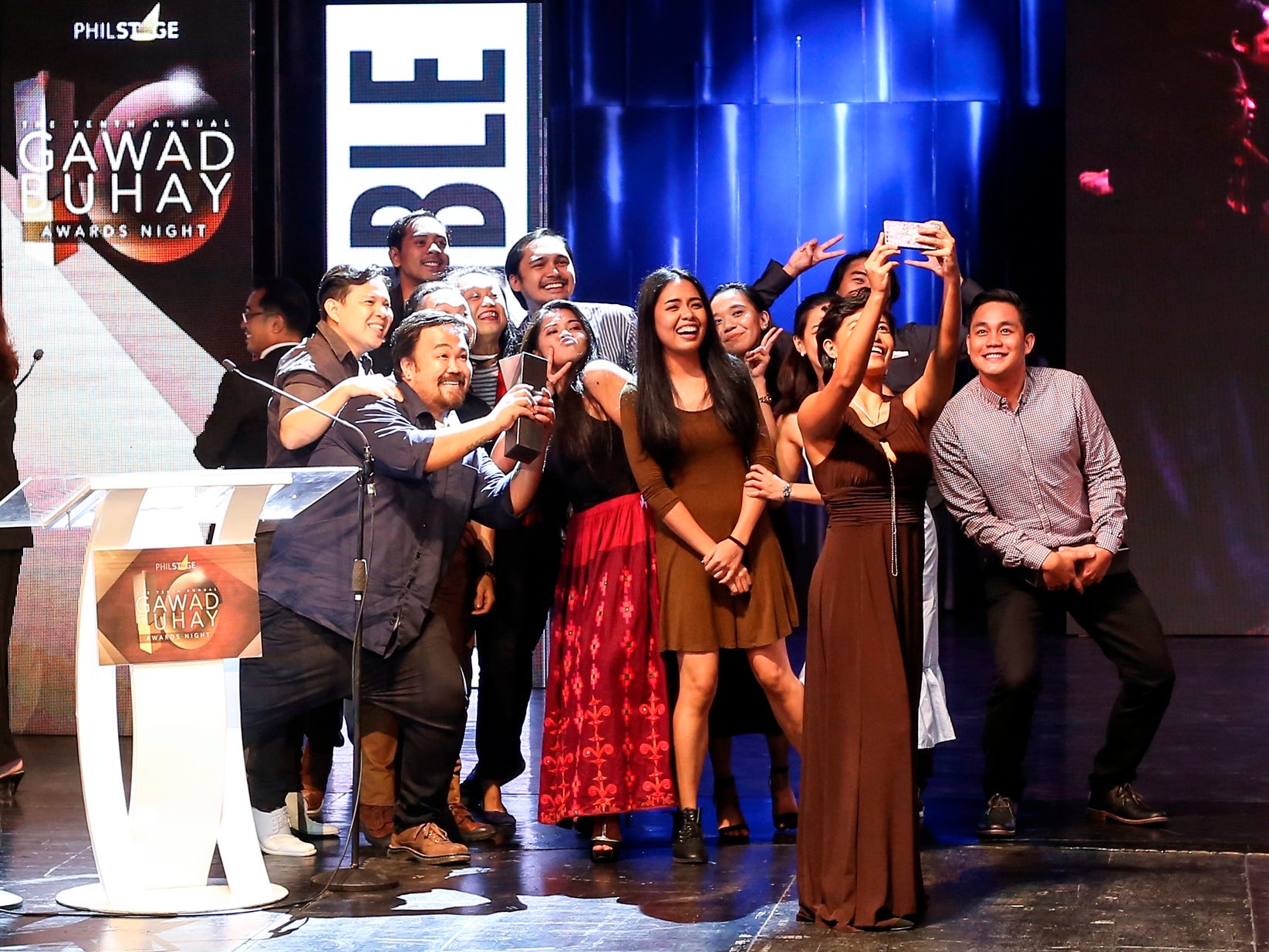 Is it true that the Gawad Buhay PhilStage Award for the Performing Arts gets better and better every year, as claimed by one of this year’s hosts, Topper Fabregas?

Well, so it seems, judging by the quality of the singing and dancing, the production numbers from nominated plays and ballet shows, not to mention the screams from the gallery when a team member would win a coveted major award.

The loudest screams came from the Tanghalang Pilipino (TP) partisans, understandably, since the venue was their turf—the Tanghalang Aurelio V. Tolentino (Little Theater) of the Cultural Center of the Philippines.

Impressive, too, was the showing of two other plays: the musical “Newsies” (9 Works Theatrical and Globe Live), with its pulse-quickening choreography and story of a strike by newsboys in turn-of-the-century America; and the Repertory Philippines drama “Agnes of God.” Each production had a slew of five awards.

Hosts Fabregas of Red Turnip Theater and Meann Espinosa of Peta (Philippine Educational Theater Association) were in their element—in fact, they were a riot, spewing forth jokes and one-liners, hamming it up, clowning around and at one point making like eager-beaver classical ballet dancers, with the appropriate attire, tutus and all.

Singer-actress Aicelle Santos, who is on a roll, won the Outstanding Female Featured Performance in a Musical for Gantimpala Theater and Grand Leisure Corporation’s production of “Maynila Sa mga Kuko ng Liwanag, The Musical.” And troubled screen actor Baron Geisler, in his first foray into theater, received the counterpart award in the male category for his role in TP’s “Aurelio Sedisyoso.”

Accepting the award, director Chris Millado said, “This will help Baron in his rehab (for alcoholism) as the role was a life-changing experience for him. Theater is one way of saving lives.”

Peta president CB Garrucho, one of two women of substance honored with a Natatanging Gawad Buhay (Outstanding Lifetime Achievement)—the other was choreographer Agnes Locsin—recalled that her experience in Peta, especially during “the dark period of martial law,” made her aware of the larger community out there.

“It was a big leap. I began to teach, to share, to be focused on the problems of others. This is the saving power of theater and art. With collaborative art, ensemble work, difficult tasks can be achieved.”