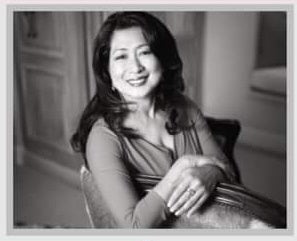 Filipino-American lawyer-turned-author Maria Victoria A. Grageda-Smith returns to the Philippines for the debut book launch of her award-winning novella, “Faith Healer”, and the revised edition of her first poetry collection, “Warrior Heart, Pilgrim Soul: An Immigrant’s Journey”.

Ms Smith will also read some of her acclaimed poems and excerpts from her novella, followed by a book signing.

Recognized as one of the more unique emerging literary voices in the U.S. today, Ms Smith’s writings are primarily inspired by her Philippine heritage and Filipino immigrant experience. She takes great pride in that some of her most successful literary works to-date were born of her homecomings to the Philippines in recent years.

Her poem, Mother of Exiles, (New Millennium Writings Issue 26 — 2017), for instance, was a finalist for the 42nd New Millennium Poetry Prize. It is a poem inspired by her memorable session with a masseuse in one of the Boracay resorts in 2014. Another poem, Fisherman Out of Water (Reed Magazine, Issue 69, May 2016; republished in Fifth Estate Winter 2017), was so widely well received that two literary journals requested to have first rights to publish it.

When Ms Smith declined the magazine that had come in second for the request, the magazine’s editor voluntarily waived its requirement of no prior publication to happily obtain the second right to publish the poem. Fisherman Out of Water is a poem inspired by a particularly intense encounter of the author with a taxicab driver in Manila at a time of increasing encroachments of Chinese commercial fishing vessels in Philippine waters.

Asked what compels her to create works inspired by Philippine vignettes, the author replied: “What makes one unique as a writer is the totality of the author’s experience which no two writers—no matter how similar their lives are—could duplicate exactly. I asked myself then which experiences of mine stood apart from the rest of my fellow American writers. And the answer? It’s that I’m not only American—I am Filipino and American. That is why early on in my writing career, I’ve decided that if I’m going to succeed, it would be because I offered my readers an experience that only someone with a voice like mine could express, and that voice would be none other than the voice of my people and the land of my birth.”

Regarding “Faith Healer”, she said the novella, like any work of character-driven fiction, was born from the various real-life characters she has met. “In my case, I create characters that are really a combination of several people I’ve known well or none at all—my knowledge of the latter having been limited to casual encounters that nevertheless left me with an indelible impression of the person behind the façade which I found fascinating enough to become curious of to the extent of imagining and inventing the person’s backstory. Then there’s history—my personal history and that of the environment or setting in which I decide my characters will play out their lives.”

“In many of my works—as I did in Faith Healer, I purposefully place my characters’ lives against the backdrop of intersecting Philippine and American cultures and histories. I do this with a two-fold purpose in mind: to entertain and educate my readers—where entertainment consists in the very act of conveying an experience different enough for the reader to be interested in, and the education is a by-product of that entertainment experience. You see, when I first came to America, I was aghast at how many Americans were ignorant of the basic fact that the Philippines was once a colony of their country, and almost could have been America’s fifty-first state. Thus, I realized that to further the understanding of my readers of my characters who are mostly Filipino Americans like myself, I should also inject some Philippine and U.S. history between the lines,” she said.

Ms Smith is currently working on her first full-length novel with the alternate working titles, “Gabriela’s Eyes” and “House of the Rising Moon”. She is also developing her second poetry collection with a title eponymous of the acclaimed individual poem that is the anchor of the collection, Mother of Exiles.