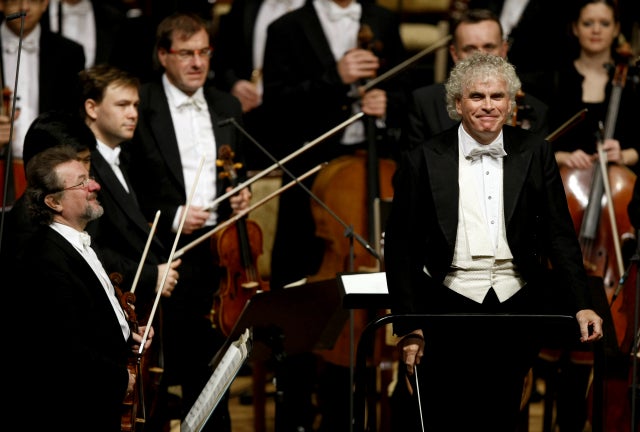 The London Symphony Orchestra, one of the world’s most widely traveled classical institutions, announced Friday that it would tour South America for the first time.

Led by star conductor Simon Rattle, the leading British orchestra will travel in May 2019 to Argentina, Chile, Colombia and Peru.

The orchestra will perform 60 concerts overseas in the 2018-19 season and plans a new major tour of Asia this year. But it had held off on South America, a decision that in the past was partly linked to security concerns.

The orchestra made the announcement in New York where it will perform all three late symphonies by Gustav Mahler starting Friday.

“For me, Mahler was what first made me want to be a conductor. I’m of the generation who can remember when Mahler was new and wonderful,” Rattle told reporters ahead of the concerts.

The 63-year-old said that Mahler was little played in Britain until the 1960s and that, on hearing his momentous Symphony No. 3, “All of us just thought that the heavens had opened.”

Mahler wrote his last three works — Symphony No. 9, Symphony No. 10 and “Das Lied von der Erde” (“The Song of the Earth”) — in his final years after he fled anti-Semitism in Vienna for the United States, where he led the New York Philharmonic.

One of the last of the great Romantic composers, Mahler wrote the three pieces in despair as he suffered heart illness and mourned his daughter who had died in Austria of scarlet fever.

Mahler, who died in 1911 before any of the three works was performed, was influenced as he composed by the sounds of New York, with a policeman’s funeral inspiring the percussion at the end of Symphony No. 10 and Chinese music infusing “Das Lied von der Erde.”

Rattle, who said he has conducted Symphony No. 10 more than 100 times, found it “extraordinary” to perform the works in New York.

“They were conceived in New York, they have so much to do with New York, but yet he never heard a note,” Rattle said. MKH