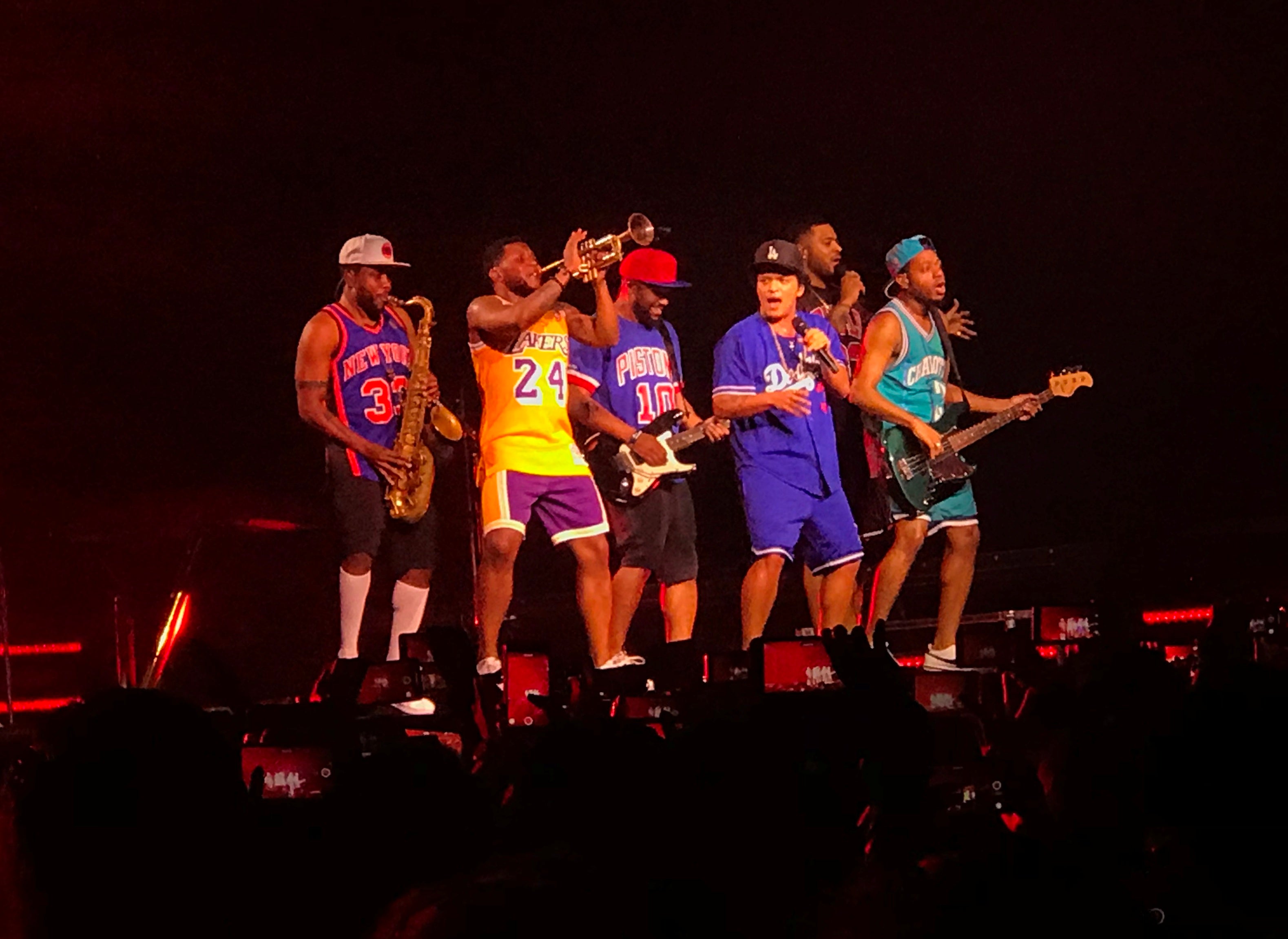 Bruno Mars “hashtag blessed” (sing it now) Manila with two days of his live performance. The 24K Magic World Tour on Thursday was more than a concert-it was an awesome party.

At the Mall of Asia Arena last May 3-4, he performed hits from the album “24K Magic.” It was the Album of the Year at the 2018 Grammys, and has also won the Best R&B Album and Best Engineered Album, Non-Classical awards.

The American singer (dad is Puerto Rican; mom is Filipino) also played the tracks we’ve heard live during the Moonshine Jungle tour in 2014, but 24K Magic was definitely more fun.

Super partied with Bruno Mars (it’s hard to call him just Bruno) from the moshpit and here are our top seven highlights.

1. The dancing. Legit question: Why isn’t Bruno Mars on “Magic Mike”? He kept on doing this soothing sexy dance during “24K Magic,” and most of the fast funk songs. He’s so damn smooth that we almost want to start a petition for him to be cast in a “Magic Mars” spin-off.

2. The booze. Did you know that Bruno Mars is a rum aficionado? He co-founded the brand SelvaRey Rum from Panama, which is formulated by master blender Don “Pancho” Francisco Fernandez. SelvaRey comes in two varieties: the fine-tasting SelvaRey White aged in American oak casks, and the sweet SelvaRey Cacao with hints of chocolate.

SelvaRey cocktails exclusive to the gig (Finesse has coconut water, ginger beer, calamansi-honey, pineapple; 24K has coconut milk, ube essence, cinnamon) were served at the VIP Lounge, and sold around the venue, so that we can rum away, baby.

3. The Jabbawockeez. The masked American hip-hop dance group, which won the first season of America’s Best Dance Crew, set the dance party mood by fronting the show. It was a nice warm-up before Bruno Mars officially opened the gig with his new single “Finesse.”

4. The appeal. “I have never seen so many mobile phones in my life!” Bruno Mars said. That’s the thing about holding gigs in the Digital Age-
concert-goers will always be watching, and shooting for content at the same time. Bruno Mars’ music is the type you jump to, and he had to appeal to the audience to put their phones down: “You can’t dance and take the shot at the same time.” He wanted us to maximize the fun.

5. The bling. Joke was that Bruno Mars and his band, the Hooligans, were dressed for a “pa-liga ni mayor.” True, but maybe they’re going for athleisure by way of Los Angeles street-style?

Bruno Mars kicked off the gig in blue baseball jersey and matching shorts, paired with his trademark “XXIVK Magic” snapback cap in black. (At a “Carpool Karaoke,” he told British host James Corden that he wears hats because he “doesn’t know what to do” with his curly hair).

The rest of the band wore basketball jerseys; everyone was in kicks, and all accessorized with bling.

We think it’s cool that Bruno Mars and his squad dressed for comfort-but with chunky gold.

6. The ballads. Bruno Mars gave his band a break while crooning us with “Versace on the Floor” and “When I Was Your Man” as we dreamily swooned.

7. Good vibes. Crowd went crazy as he sang the doo-wop and soul hits “Marry Me” and “Locked Out of Heaven.” He kept on dancing during the long bass interval of “Runaway Baby.” Then he asked the arena to be lit during the “last” song “Just the Way You Are” so that he can see the audience.

Gold confetti fell, lights were turned off and the curtain with his crown emblem was drawn.

People kept on chanting “Bruno! Bruno!” and he came back on stage and sang “Uptown Funk,” leaving the crowd with good vibes and kinky energy.