Will Burberry be the next fashion house to go fur-free? | Lifestyle.INQ ❮ ❯ 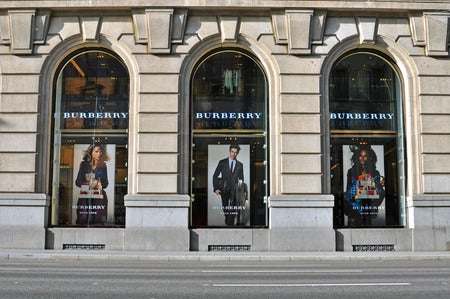 Will Burberry be the next fashion house to go fur-free?

Burberry has revealed that it is considering dropping real animal fur from its collections, as the material becomes increasingly out of fashion.

The British luxury brand is reviewing its use of real fur, it told The Sunday Times over the weekend, and pointed out: “There wasn’t any real fur in Burberry’s September 2017 or February 2018 runway collections.”

The news has been welcomed by the animal welfare group Humane Society International (HSI), whose Executive Director Claire Bass said in a statement: “HSI first met with Burberry almost a decade ago to urge the brand to drop fur, so we are delighted that this iconic British fashion giant is finally reviewing its fur policy.”

Referencing an upcoming United Kingdom Parliamentary debate on the issue of instating a nationwide ban on fur, she added: “Burberry’s fur review couldn’t have come at a better time because it will hopefully send a strong signal to MPs that even the most British of brands is recognizing that fur has no place in our nation of animal lovers.”

Fur farming has been illegal in the U.K. in 2000, but the country imports and sells fur from animals including fox, rabbit, mink and chinchilla.

Anti-fur stances are fast becoming a major fashion trend, with John Galliano and Donatella Versace just two of the high-profile designers to eschew the use of the material so far this year. In March Versace told the press that her fashion empire will stop using fur in its collections, with fellow Italian brand Furla also making a similar pledge the same month, announcing plans to be a fur-free brand by 2019.