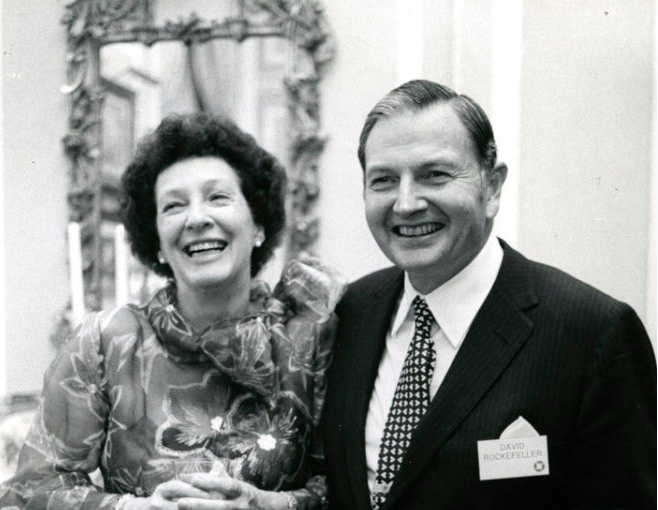 This undated photo provided by Christie's Images Ltd. 2018 shows oil-family scion David Rockefeller and his wife Peggy. Their art collection could raise more than $500 million for charity when it is auctioned by Christie's starting Tuesday evening, May 8, 2018 in New York. Hundreds of artworks including major paintings by Claude Monet, Henri Matisse and Pablo Picasso, from the collection are being sold to benefit cultural, educational, medical and environmental charities. (Christie's Images Ltd. 2018 via AP)

NEW YORK  — A collection of artwork put together by billionaire David Rockefeller that includes pieces from Pablo Picasso, Claude Monet and Georgia O’Keeffe is going up for auction.

Christie’s says the sale starting Tuesday could bring in more than $500 million, which will be distributed to a number of philanthropies Rockefeller and his wife, Peggy, supported in their lifetimes.

Rockefeller was the last surviving grandson of Standard Oil founder John D. Rockefeller when he died in March 2017 at the age of 101.

The couple amassed a massive collection of art, furniture, ceramics, statuary and decor. The collection also includes items that were passed down from previous Rockefeller generations.

At previews for the auction, Christie’s auctioneers said some of the pieces could sell at record-setting prices for the individual artists’ works.

Art of the Americas will go on the block on Wednesday night. It includes works from Willem de Kooning, Edward Hopper and John Singer Sargent.

Other sale sessions at Christie’s will focus on furniture, ceramics and decorations, while an online auction will offer personal mementos, lamps and lighting and tableware.

Among the high-profile items? A porcelain dessert service that Napoleon took with him into exile. MKH

NY auction houses get set for an ‘extraordinary season’

Dinner with the Rockefellers amid splendor of Old Manila