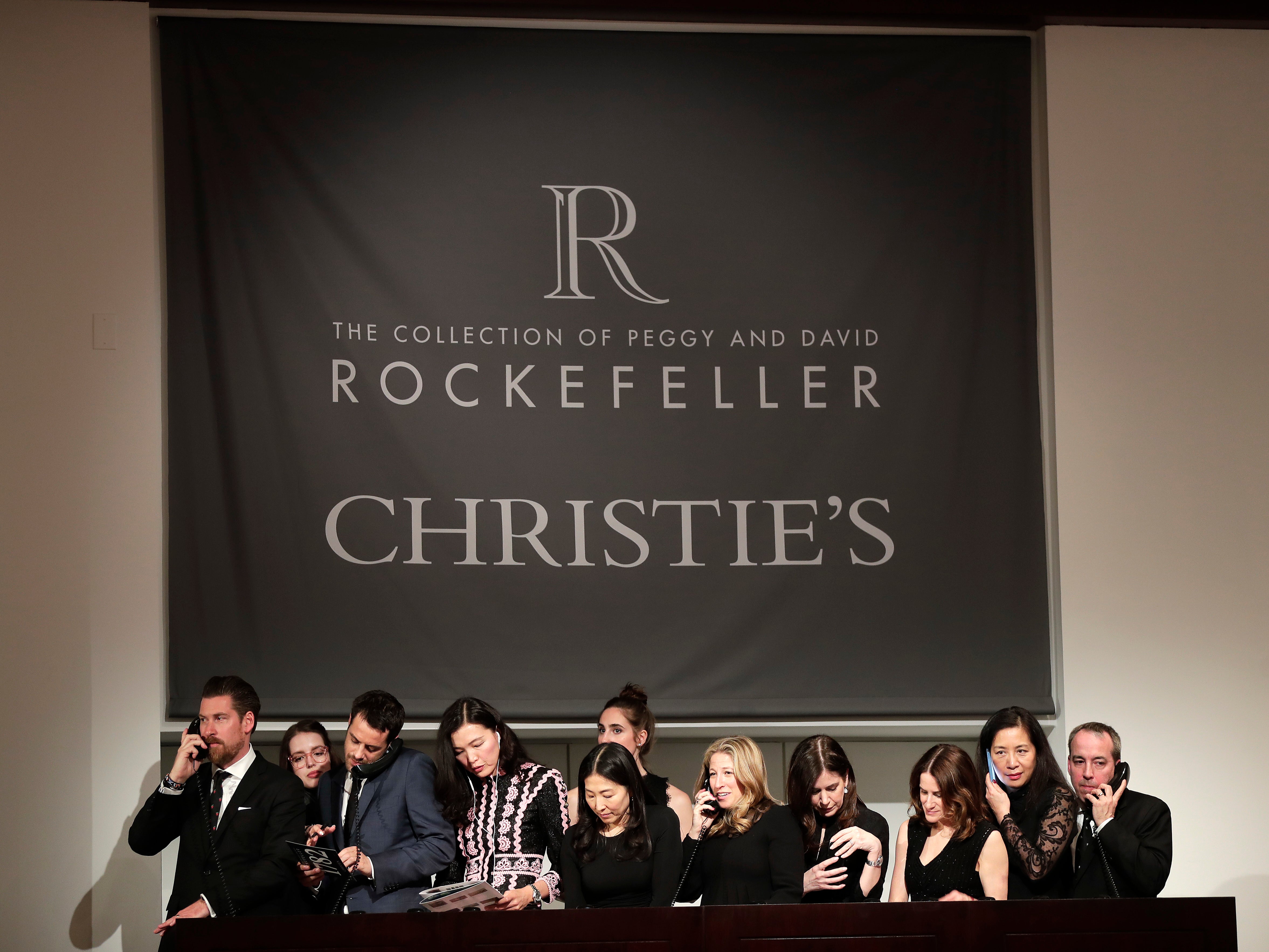 Bidding representatives take bids from buyers during an auction from the collection of Peggy and David Rockefeller, Tuesday, May 8, 2018, at Christies in New York. (AP Photo/Julie Jacobson)

NEW YORK (AP) — Twenty-two world records have been set at a Christie’s auction, including the $832 million total for the priciest private collection of artworks and other treasures, owned by Peggy and David Rockefeller.

The late couple’s family is donating all proceeds from this week’s sale to charity. The finally tally that ended Friday’s sale in New York is about twice the previous record of $484 million from a 2009 Paris sale of designer Yves Saint Laurent’s estate.

Christie’s said all of the more than 1,500 lots had sold, with buyers lured by the Rockefeller name that represented American success. Prices reached record highs for seven artists and items including a porcelain set and a swan decoy.

The top lot was a Picasso painting of a nude girl holding a basket of flowers that went for $115 million, against a pre-auction estimate of $100 million. A Monet canvas of his famed water lilies sold for $84 million — surpassing the previous $81 million high for the artist.

A Matisse canvas depicting a woman in a Turkish harem went for a record $80.8 million, topping the previous $48.8 million for the artist.

Christie’s bolstered the auction by guaranteeing the whole Rockefeller collection, not disclosing the minimum price at which a work would have to sell or buyers’ names.

A well-known Gilbert Stuart oil portrait of George Washington sold for $11.6 million against an $8 million estimate — the most ever paid for his work.

John Haynes Williams’ whistling swan decoy went for more than $348,000, the most ever for such a decoy and the artist.

All prices include buyers’ premiums.

Peggy Rockefeller died in 1996, and David Rockefeller in 2017, as the last surviving grandson of the oil baron John D. Rockefeller. NVG