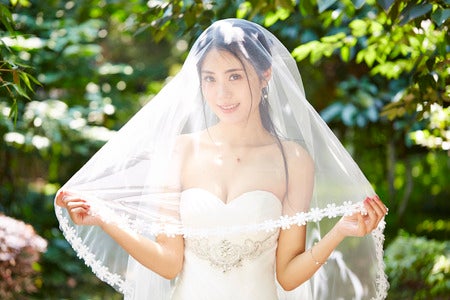 A new wedding fad is making the rounds in China, one that adds the necessary drama to the sacred ceremony in romantic, theatrical flair. The new craze doesn’t involve jazz musicians, life-sized cakes nor midgets dancing the Macarena, instead coming to fruition in the form of a flying veil.

The flying veil first became a wedding trend last year when a Shanghai-based wedding planner featured one in his video online, as stated in a report by the South China Morning Post last May 12. His creation has since been copied across China since the video hit the internet.

“For guests it is a novel thing to watch, but for the bride that moment feels like an important ritual and very touching,” Stark Zhang, a wedding planner with Nanjing Wedding Daheng Internet, was quoted as saying. “The brides who have used it have all loved it.”

While the flying veil may look like something out of a fairy tale, the concept behind it is pretty simple, taking only a system of rails, some pulleys and cutters to send the fine cloth flying in the air.

The twine tied at the corners of the veil is unseen by the guests, and is cut off the moment it’s above the bride, letting it fall on the bride’s head and giving it its dramatic flair.

Of course, any new concept has its phase of trial and error. “In the beginning there were accidents such as the veil flying past the bride, or the veil didn’t fall or only fell on one side. The veil didn’t always fly at even speed, either,” Zhang said.

Today, however, Zhang said the system has been improved further, and now operates without any hiccups. And while those who think a flying veil would cost an arm and a leg, Amy Li, a Beijing wedding planner with Zhiai Qingcheng Wedding Ceremony, shared that it isn’t so expensive.

“It is usually included in our wedding ceremony package and does not cost extra, but if someone wants that part only, the cost is probably about 1,000 yuan ($157 or about P8,200),” Qingcheng said in the report.

The flying veil is even cheaper, however, when bought online, costing around the ballpark figure of 400 yuan ($60 or about P3,300). Cody Cepeda/JB