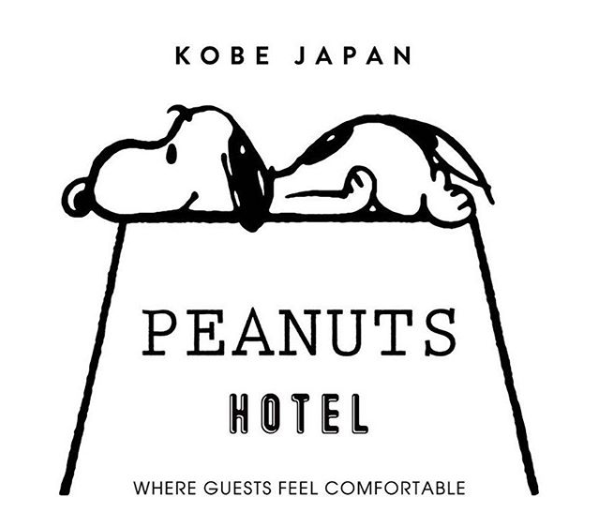 From the land that does themed restaurants, cafes and hotels perhaps better than anyone else comes a hotel inspired by Snoopy and the gang.

In August, the city of Kobe will open a Peanuts Hotel, inspired by an original 1962 comic strip from Charles M. Schulz in which Snoopy’s fine-feathered bird friends flutter down to his doghouse rooftop, and promptly fall asleep.

“It’s nice to have a home where your guests feel comfortable,” reads Snoopy’s thought bubble.

The opening of a Peanuts hotel expands on existing dining concepts in Japan inspired by the comic strip: a Peanuts Café is already open in Tokyo, and there is a Peanuts Diner in Yokohama City.

Each floor of the three-story hotel will be designed after a trio of themes: Imagine, Happy and Love. All 18 rooms will also feature a different comic.

“Experience the world Charles M. Schulz created in ‘Peanuts’ which explores friendship, love and the philosophy of life, which is enjoyable for anyone at any age,” reads the landing page for the hotel.

In other comic-themed hotel news, Disneyland Paris will be bringing the Marvel universe to life, with the opening of Hotel New York – The Art of Marvel, which will feature superheroes like Iron Man, Thor, Spider-Man, Captain America, Star-Lord and Black Widow. JB