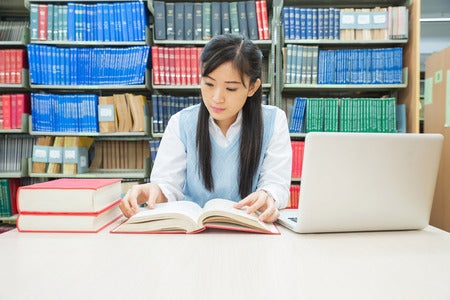 Female students of Hunan Agricultural University in Changsha, Hunan province in China, have been barred from going inside the library due to their attire.

A notice was placed outside the library that said anyone wearing a skirt, shorts, or halter dress under 50 centimeters long is not allowed to enter the library’s premises, according to Pear Video via the South China Morning Post yesterday, May 20.

The ban caused a ruckus online, with some saying the university students should be allowed to wear whatever they want.

Although it is unclear when exactly the notice was posted, it was discovered that the order was made by the university after one student went to the provisional education authorities last Tuesday, May 15 to complain. The student said that the female students’ clothes “disrupted” others during their studies in the library.

Due to backlash and criticism, the notice was only up for a short time, the report said. It was taken down last Friday, May 18. On Saturday, May 19, another notice was placed, saying the ban on short skirts has been lifted.

The notice also contained an apology to the students for causing any confusion and inconvenience. However, the authorities maintained that flip flops and vests are still not allowed inside the library. Cody Cepeda/JB