Why children can benefit from probiotics | Inquirer Lifestyle ❮ ❯ 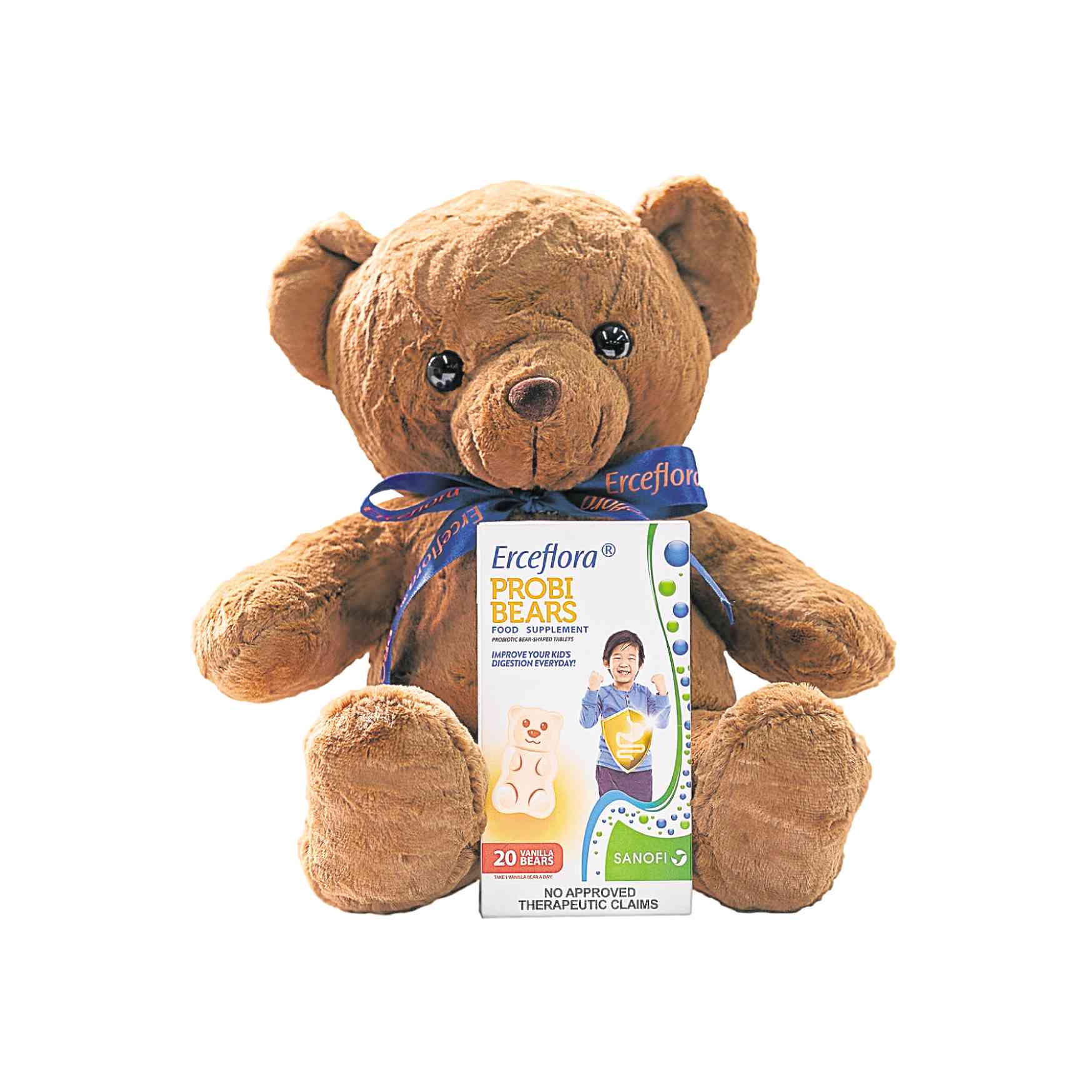 Probiotics aim to change the community of bacteria in the children's stomach to boost their immune system. Chewable tablets are easy for kids to take.

Why children can benefit from probiotics

The emphasis on preventive medicine to keep steep medical bills at bay has focused on health maintenance, particularly the support of gut health and digestive system health.

Gut health is often referred to as the well-being of the gastrointestinal (GI) tract. This muscular tube runs from the mouth, where food and drink enter, all the way to the stomach and intestines for digestion down to the anus, where waste is expelled.

Trillions of bacteria thrive in the mucous lining of the GI tract. They break down the food and absorb the nutrients in a network of helpful and harmful bacteria.

These microorganisms have existed since a child’s birth. The infant’s GI tract hosts bacteria even as he or she has traversed the mother’s birth canal. Babies delivered by C-section, however, don’t get exposed to the same microbes, so they wind up with a different group of flora. Nonetheless, gut flora or intestinal microbes have been living in the body since infancy. They take in and break down food.

A. Venketeshwer Rao, M.Sc, Ph.D, professor emeritus at the Department of Nutritional Sciences, University of Toronto, explains in a research that a large number of beneficial bacteria called probiotic bacteria, such as bifidobacteria and lactic acid bacteria, support good health and the immune system.

Bifidobacteria is touted as the hardworking bacteria that inhabits the colon and intestines to improve digestion. Lactobacillus acidophilus, in the intestinal tract, produces lactic acid to make the conditions acidic for pathogenic or harmful bacteria.

Rao says the main task of probiotic bacteria is to fend off detrimental foreign substances ingested in the body by chemically changing harmful substances and facilitating their elimination.

Parenting magazines have been espousing paying attention to gut health at an early age. Nursing mothers enable their babies to develop benign bacteria. Breast milk includes substances that nourish the living bacteria and build up the child’s immune system. When the child starts eating solid food, the gut microorganisms will change and remain the same throughout one’s life.

However, many food don’t include the probiotic nutrition essential to preventing children’s ailments, and maintaining their mental and physical well-being. People are eating less fermented food, which contains the beneficial microorganisms, in favor of processed food with preservatives that kill the good bacteria.

Pediatrics Journal cites various studies on how probiotic supplements addressed children’s health issues. A group of children in Mexico was given probiotics supplements for three months. Findings revealed that they had less episodes of diarrhea and respiratory infection, compared with children who were given a placebo.

Probiotics is the common remedy for infectious diarrhea due to viral gastroenteritis or antibiotic reactions. Antibiotics tend to upset the balance in the digestive system by destroying both bad and good bacteria in the child’s gut. These can result in gastrointestinal distress, antibiotic-associated diarrhea or the passing of watery stool. Probiotics strengthen the intestinal microbial balance when antibiotics are being used.

Aside from protecting the immune system, probiotics have been successful in treating baby colic, which causes the prolonged crying of infants, especially at night. Pediatrics Journal published a study wherein infants on Lactobacillus reuteri or lactic acid cried for less than 50 minutes each day, compared to the 145 minutes for babies who were under medication.

Priobiotics also helps the child in potty training by keeping the GI tract at ease.

Each child’s GI tract is unique

Parenting Magazine points out that each child’s GI tract is unique, and that no two individuals have the same mix of bacteria, However, the two common benign bacteria, Lactobaccillus and Bifidobacterium, play important roles in the body. Food manufacturers include these beneficial microbes in their products. Some cultured food may have millions of colony-forming units of live bacteria.

There is a dearth of credible research on commercial food packaged as “probiotic,” and their effectivity in boosting the child’s immunity system. The packages don’t always indicate how much of the probiotic microbes survive their shelf life.

“Supplements are usually freeze-dried and packaged so that they retain their bacteria,” states Parenting magazine. “Since most food do not contain nearly enough probiotic CFUs (colony forming units) to be considered ‘therapeutic,’ you’ll most likely need probiotic supplements to find higher doses and target specific problems. They come in all kinds of forms, including drops, chewable tablets, and even special straws that are coated with probiotics.”

One of the new products is Erceflora ProbiBears (short for Probiotic Bears), chewable tablets shaped like bears. It is touted as a two-in-one probiotic as it contains Lactobacillus acidophilus and Bifidobacterium lactis. Lactobaccillus restores the balance in the digestive system, while the latter boosts the immune system. Each chewy, vanilla-flavored bear contains a billion beneficial bacteria. The shelf life is 24 months when stored between 12°C and 24°C.

Parenting Magazine also underscores that the immune-boosting effects of probiotics are shortlived, because probiotics don’t grow in the gastrointestinal system.

“Once you stop taking any probiotic, whether it’s in food or in medicinal form, it disappears from the GI tract, and your microflora levels return to what they were,” says pediatrics expert Frank R. Greer, M.D., a coauthor of the American Academy of Pediatrics’ report on probiotics.

Erceflora ProbiBears will be available in Mercury Drug by June for only P540 SRP per box of 20.