New bishop of Iba, Zambales to be installed May 25 | Lifestyle.INQ ❮ ❯ 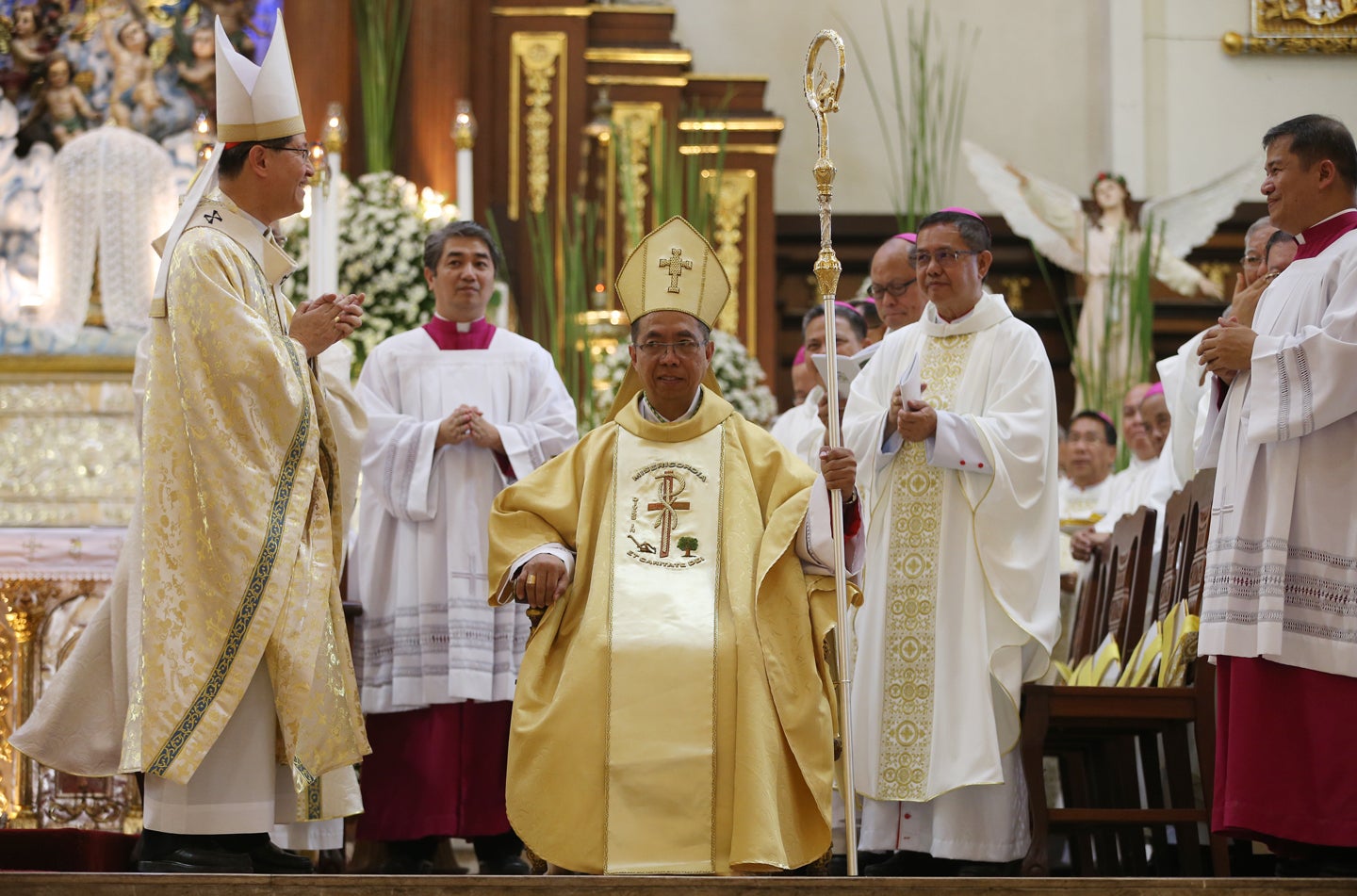 New bishop of Iba, Zambales to be installed May 25

Monsignor Bartolome G. Santos Jr. will be installed as the new bishop of Iba at the Cathedral of St. Augustine in Zambales on May 25.

Because Archbishop Gabriele Giordano Caccia, the apostolic nuncio to the Philippines, is in Rome, along with Manila Archbishop Luis Antonio Cardinal Tagle, Santos will be installed in the bishop’s seat in Iba by San Fernando Archbishop Florentino Lavarias of Pampanga.

Iba is a suffragan of the Archdiocese of San Fernando: It became a prelature in 1955 and elevated to a diocese in 1982. It consists of the province of Zambales and Olongapo City. As of 2015, 630,503 of the province’s 788,130 population are Catholics.

Santos will be replacing Lavarias himself, named San Fernando archbishop back in 2014. Iba had not had a bishop since then until the Vatican announced the appointment of Santos last February.

Santos, who was vicar-general of the Diocese of Malolos and rector of the National Shrine of Our Lady of Fatima in Valenzuela City, was ordained to the episcopate last April 30 at the Malolos Cathedral by Cardinal Tagle with Lavarias and Bishop Jose Maria Oliveros as co-consecrators.

It was Oliveros’ last major public act before passing away on May 11 due to cancer.

Fr. Nicanor Lalog of the social communications commission of Malolos said Bishop Santos chose May 25 as his installation because it’s the feast of Saint Pope Gregory the Great, after whom the Pontifical Gregorian University was named.

Santos took up his doctorate in the Roman college.

Father Lalog added that Monsignor Santos had chosen April 30 for his consecration because it was the feast of St. Pius V, who rallied Christian Europe against the Muslim Turks in the Battle of Lepanto in the late 16th century.

Pius V, a Dominican who promoted the rosary devotion, established the feast of Our Lady of Victory every October to commemorate the Lepanto triumph. Pope Gregory XII later changed the feast to Our Lady of the Rosary.

Father Lalog said Santos’ late mother was named Victoria. Santos is also an alumnus of the University of Santo Tomas Central Seminary in Manila of the Dominicans, so he chose April 30 as his consecration day.

Our Lady of the Rosary also figures in Bishop Santos’ coat of arms.

The sinister (right) side refers to the new bishop’s Bulacan roots; it is in yellow to connote God’s generosity and it is dominated by the green cross with the chi-ro monogram to symbolize that true hope and joy can only be attained by embracing Christ’s cross. Entwined in the chi-rho is the Blessed Mother’s crowned monogram: It symbolizes that the new bishop hails from Santa Maria, Bulacan, he’s a devotee of Our Lady of the Rosary, and that his last assignment as a simple cleric was in the Fatima shrine.

On the base of the sinister is a plow underneath a fig tree in reference to the call of Nathaniel-Bartholomew in the gospel of St. John, the titular saint of Santos’ home parish in Santa Maria, Bulacan. Bartholomew means “son of a plowman.” Santos said the plow should indicate his lowly beginnings.

The dexter (left) side refers to Santos’ episcopal see of Iba, Zambales. It is in blue to signify truth and loyalty. The flaming heart pieced by an arrow stands for St. Augustine, the titular saint of the Cathedral of Iba. The white base means peace and sincerity. It has a trimount surrounded by six circles representing the minerals of Zambales mountains, particularly the Cabusilan mountain range consisting of Mounts Pinatubo, Negron and Cuadrado.

Lalog said Bishop Santos’ episcopal motto is “Dives in misericordia et caritate dei (Rich in mercy and love of God),” taken from the Letter of Paul to the Ephesians (2:4).