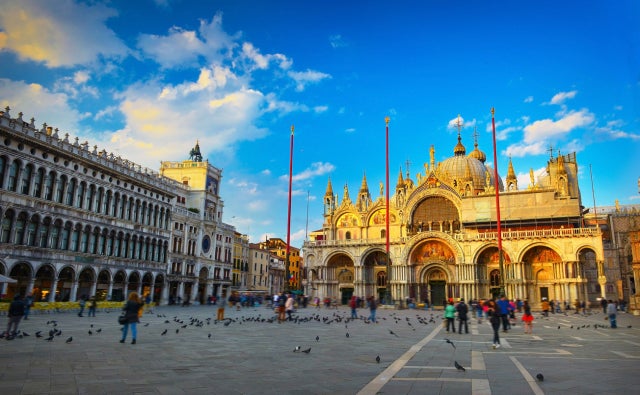 The 16th edition International Architecture Exhibition will take place in Venice as part of the Venice Biennale. Image: IStock via AFP

In an era when many countries are putting up border walls and barbed wire fences, the International Architecture Exhibition in Venice aims to showcase a “sense of humanity” through its displays, organizers said ahead of its opening Saturday.

The world’s most prestigious architecture festival — which is part of the Venice Biennale — has chosen the title “Freespace” for its 16th edition in the picturesque Italian city.

“The architect’s creativity must be at the service of the community,” Irish architect Shelley McNamara — who curated the vast exhibition with colleague Yvonne Farrell — told AFP.

McNamara said “Freespace” aims to highlight collective spaces, “generosity of spirit” and the “sense of humanity” that architecture must place at the heart of its agenda.

Sixty-five different countries and one hundred architecture studios have been invited to display their interpretation of the theme in the vast 3000 square meter Venetian Arsenal and gardens.

Several installations are minimalist but intricate, such as “The Dream”, created by studio RCR, winners of the 2017 Pritzker prize — considered to be the Nobel of architecture.

“The Dream” displays a kind of cave with moving lights achieved through the use of 6,000 magnifying glasses.

The exhibition which runs until 25 November sees seven countries — Antigua and Barbuda, Saudi Arabia, Guatemala, Lebanon, Mongolia, Pakistan and the Vatican — participate for the first time.

The Vatican pavilion displays ten chapels, each one designed by a renowned architect, including the Brit Norman Foster and the Portuguese Eduardo Souto de Moura, both Pritzker prize winners.

“Each Biennale focuses on a specific aspect, in this case common space that is free and for everyone,” said Paolo Baratta, president of the exhibition.

Many participants have used the term “Freespace” to reflect on hot political topics such as migration and isolationist policies.

The British pavilion named “Island” hosts a huge rooftop platform which looks out over the lagoon.

The idea is to reflect on “tomorrow, yesterday, isolation and even our political situation,” architecture firm Caruso St John explained in a description, alluding to the UK’s planned departure from the European Union.

Meanwhile the German pavilion chose to focus on the theme of “Unbuilding Walls”.

Walls are also the inspiration for the Israeli installation. Under the title “In Statu Quo” their exhibition looks to explore the negotiation of sacred spaces — an issue which has been thrust into the spotlight after the US controversially moved their embassy from Tel Aviv to Jerusalem earlier this month.

The United States exhibition looks at the concept of contemporary citizenship and how architecture relates to societies through five videos discussing migration, travel, and challenging societal norms. CC