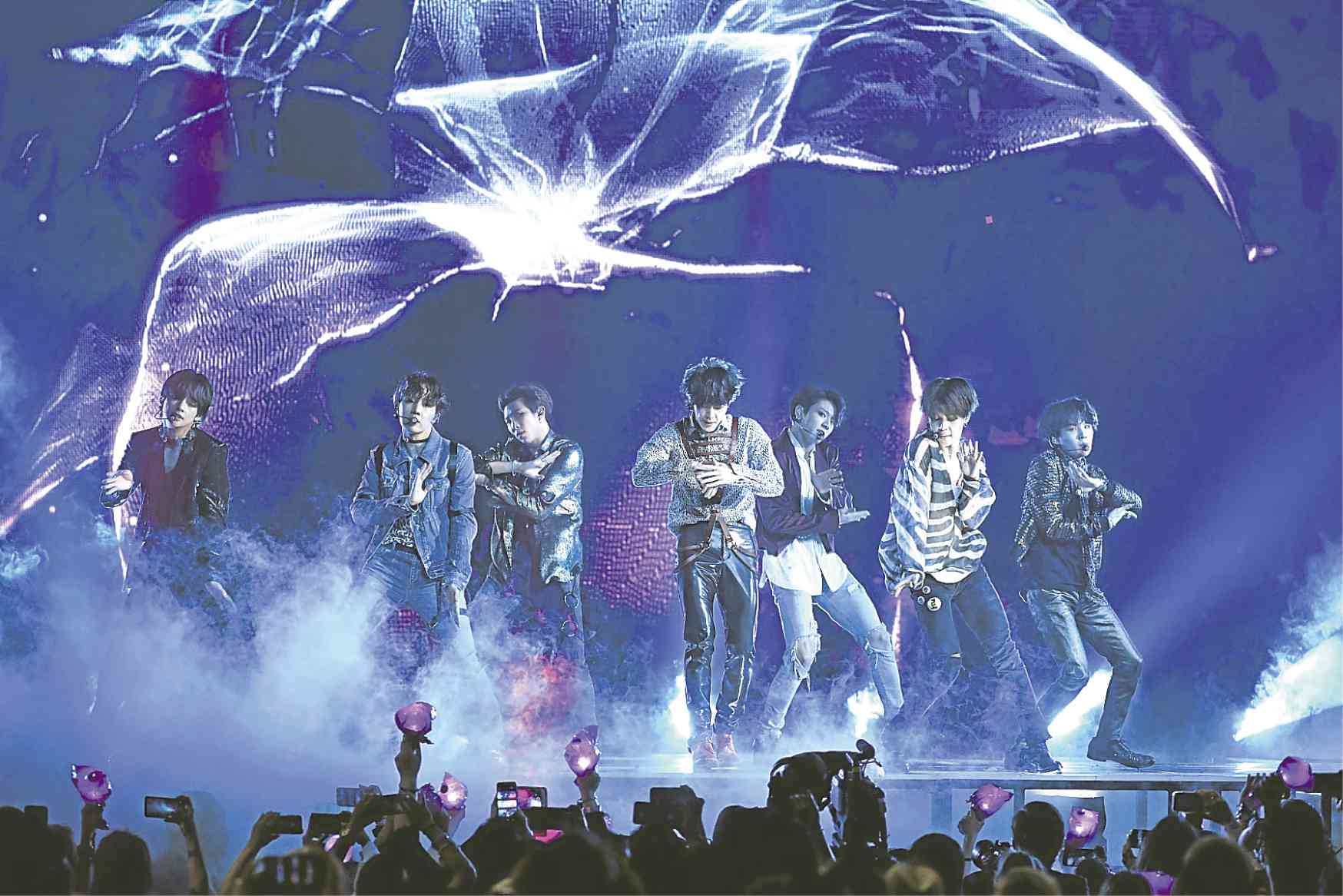 “Hear no evil, see no evil, speak no evil.” BTS shows off fancy choreography at the BBMAs stage. —AFP

BTS in America–in a nutshell

The world is a complex for BTS.

By now, the seven-member South Korean boy band may no longer be looking for love—with the warm reception they received in America, their record-breaking new album and their Billboard Music Awards (BBMAs) debut performance.

With their recent comeback stage in America—a feat that no other K-pop group has achieved in the past—here are five reasons why BTS are the outliers we love to stan.

It’s like a dream come true for BTS, especially V, who met his ultimate idol John Legend. According to Jin, Legend even took out a copy of their latest album from his bag and asked them to sign it.

Some of the global celebrities who took photos with BTS during the BBMAs include Taylor Swift, Tyra Banks (with her BTSmize series), Pharrell Williams and The Chainsmokers.

BTS is the new cool kid in town, so it’s not surprising that they got a lot of invitations to after-parties. But the boys skipped the socials. Like last year’s BBMAs, they chose to go back to their hotel and do a Vlive session to thank the ARMY.

Even if they scored the front row at the BBMAs, BTS remained their usual humble selves. For instance, they stood every time an artist wins an award and cheered for the performers.

Every BTS stan knows that the group’s interviews in America are a treasure trove of memes. But this time, BTS proves that they’re more than just being “worldwide funny guys.”

When asked why promoting social consciousness in their songs comes with their success, Suga, one of the group’s rappers, answered: “I think it’s not just successful artists. I think anyone with influence should be trying to send out a positive message. If more and more people emit this positive message and energy, I think it would be better for the world.”

Fans of the Backstreet Boys and BTS found their worlds collide when the two groups met and took a photo together during one of BTS’ backstage interviews. BSB posted the photo on their Twitter account, which BTS retweeted.

Name a more iconic moment than this!