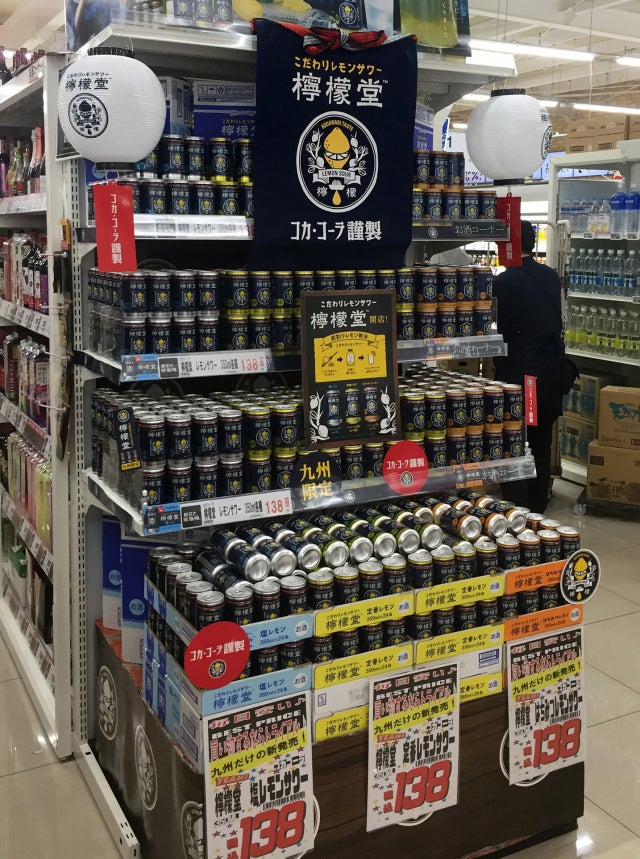 Coca-Cola launched its first ever alcoholic drink on Monday in Japan — a fizzy, lemon-flavored concoction laced with spirits that seeks to capitalize on the growing popularity of “chuhai” alcopops enjoyed especially by young women.

Although the US firm dabbled in the wine business in the 1970s, the experiment in Japan is “unique” in the company’s 125-year history, said Coca-Cola Japan president Jorge Garduno.

From Monday, three new “Lemon-Do” drinks — containing three, five and seven percent alcohol — will be available in the southern Kyushu region of Japan.

“This is a pilot project in the region which has a sizable market,” Masaki Iida, spokesman for Coca-Cola’s Japanese unit, told AFP.

He declined to reveal the exact spirit in the drink, as the recipe is a closely guarded secret.

Coca Cola product developers got the idea after visiting Japanese-style “izakaya” pubs, where they discovered that lemon-flavored drinks are very popular, according to the firm’s website.

The popular “chuhai” drinks — which contain vodka or a distilled, grain-based spirit called “shochu” — come in a range of flavors such as grape, strawberry, kiwi and white peach.

They range in strength from between three and nine percent and are particularly popular with young drinkers, especially women.

Coca-Cola is wading into an already competitive market, where major Japanese companies such as Suntory, Kirin and Asahi dominate the shelves.

And the firm’s president has already dampened hopes of people hoping to get a tipple outside Japan, saying there are no plans to launch “Lemon-Do” outside of the country.

However, the push is seen as part of a broader campaign to diversify beyond sodas as health concerns see consumers in the US and other developed markets weaning themselves off sweet drinks and diet colas. CC

Coca-Cola No. 1 in Japan with drinks galore, but not Coke