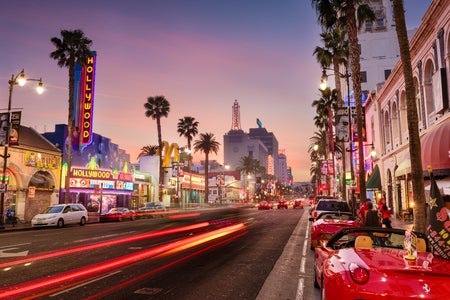 Los Angeles is indeed one of THE hippest places across the globe. It lives and breathes on youth and energy. It’s both laid-back and adventurous. Quite a good destination for a vacation, I would say. So as a Mother’s Day treat to myself, I headed to the City of Angels.

The one thing that people told me to do? Hit up the bars which the locals declare as the best. It’s part of the real LA experience, aside from exploring the beach and the shopping spots. Here’s the list of the said bars and what you should expect from them.

Craft cocktails? The speakeasy feel? If you are looking for these, this is the bar for you. It’s behind door 1902 at Jane House, a former school for children, and carries an old world charm with it.

In LA, I think the 1970s never left. This bar, which takes inspiration from the colorful era, is also a tribute to the owners’ dad, and is a salute to other dads who’ve went ahead. It’s all about celebrating life with icy, slush cocktails.

If you’re a fan of whisky, this bar has an extensive menu dedicated to it. It boasts of having one of the largest collections of premium whiskys in the western hemisphere. There’s also a selection of hand-crafted cocktails, a pool area, plus some party spots you can rent out for a big bash.

Think 1920s at The Edison. Everything is all about drinking only the best, hanging out with the coolest, and savoring intellectual conversations peppered with even smarter jokes.

If you’re a fan of rooftop lounges, The Perch is where you need to go. Here, it’s perfect to soak in the LA city skyline while sipping on a cocktail, like Hemingway on the beach, or midnight in Paris.

Craft beers up to your ears? Hehe. But seriously, if you’re a fan of beer, this is where you go when in LA. They have a 48 tap craft beer wall, plus some wine that makes for 60 taps in total. Have fun figuring out which one is your favorite.

How I made spring invade my home

Ballet and beauty for the summer