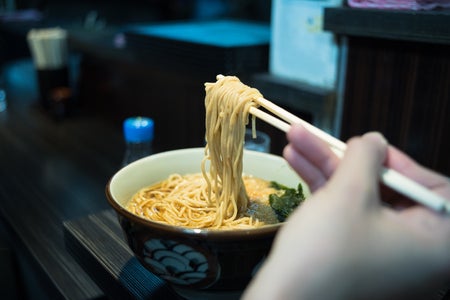 Despite its falling birth rate, more and more Japanese people are choosing to eat alone for more than half of the week.

As per a government report approved by the Cabinet of Japan, cited by The Japan Times last May 29, this mirrors the rising number of single-person households in Japan, as well as an aging population and changes in household compositions.

The government report showed that 15.3 percent of the 1,786 survey respondents eat meals on their own more than half of the week. This marks a 5 percent rise from 2011, the year the government of Japan first asked the question in their annual dietary education survey.

The government has since called for dining occasions to be held in local communities as an attempt to get people to eat with each other. They noted that people who eat together usually have better nutritional balance and are more mindful of what they eat. The communal eating is also for the benefit of elderly people who live on their own.

The survey also revealed that 35.5 percent of the people who eat alone said they do not want to eat alone, but are forced to do so because their schedules do not coincide with other people. Meanwhile, 31.3 percent said they have no choice since they simply do not have someone to eat together with.

The survey’s results reflect the rise in the number of singles in Japan, including couples with no other families as well as single parents.

“While people are aware that it is important to eat together with family members, they have difficulties in doing so as they or their families are busy working,” the report said.

The lack of time with loved ones also opens up to another problem, as Japan is known for its strict work ethic and culture, with the country having one of the longest working hours in the world.

In a government survey back in 2016, it was revealed that one in five Japanese employees faces “death from overwork.” Meanwhile in a 2017 survey, it was shown that 60 percent of the women in Japan are too tired to date because of work. Cody Cepeda/JB

In Japan, lonely women pay big for time with Lotharios