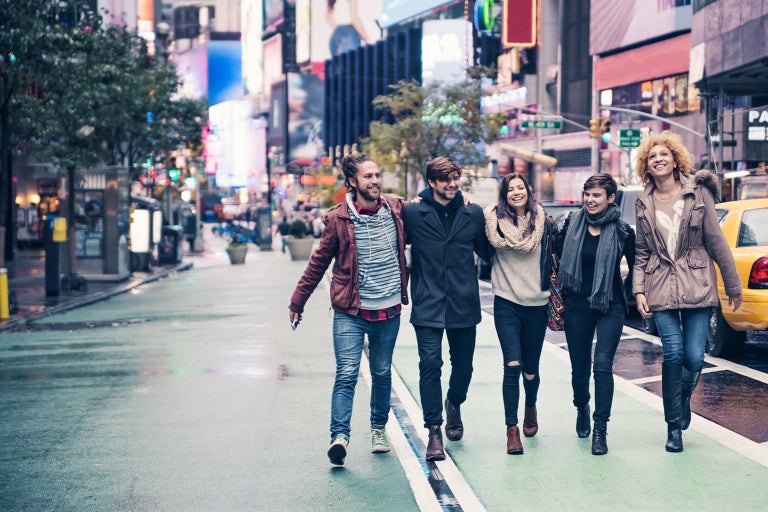 If you want to increase your satisfaction with life, then taking up hobbies with others rather than alone may give the best results, according to new European research.

A team of researchers from the University of Leipzig, Berlin University of Technology, and the German Institute for Economic Research looked at data from 1,178 participants taking part in the German Socio-Economic Panel Study, a nationally representative survey of German adults.

Of the participants, 596 made a general statement about how they could change their life satisfaction such as, “there is not much I could change,” or relayed a statement without individual initiative, for example, “different politics would improve life.” The other 582 participants’ answers expressed a specific, active strategy.

Those who had reported nonsocial strategies on the other hand, such as “stop smoking,” showed relatively constant levels.

“Our research showed that people who came up with ‘well-being’ strategies that involved other people were more satisfied with their lives one year later; even after taking into account that they were marginally happier to begin with,” explains lead author Julia Rohrer.

“In contrast, people who came up with strategies that did not explicitly involve others remained, on average, as satisfied as they were,” she added.

Although Rohrer pointed out that pursuing happiness does not mean it is necessarily guaranteed, the team noted that for those who want to try to increase life satisfaction, spending more time with others could be a more promising and effective way of boosting well-being.

Could ‘lagom’ replace ‘hygge’ as this year’s new wellness trend?