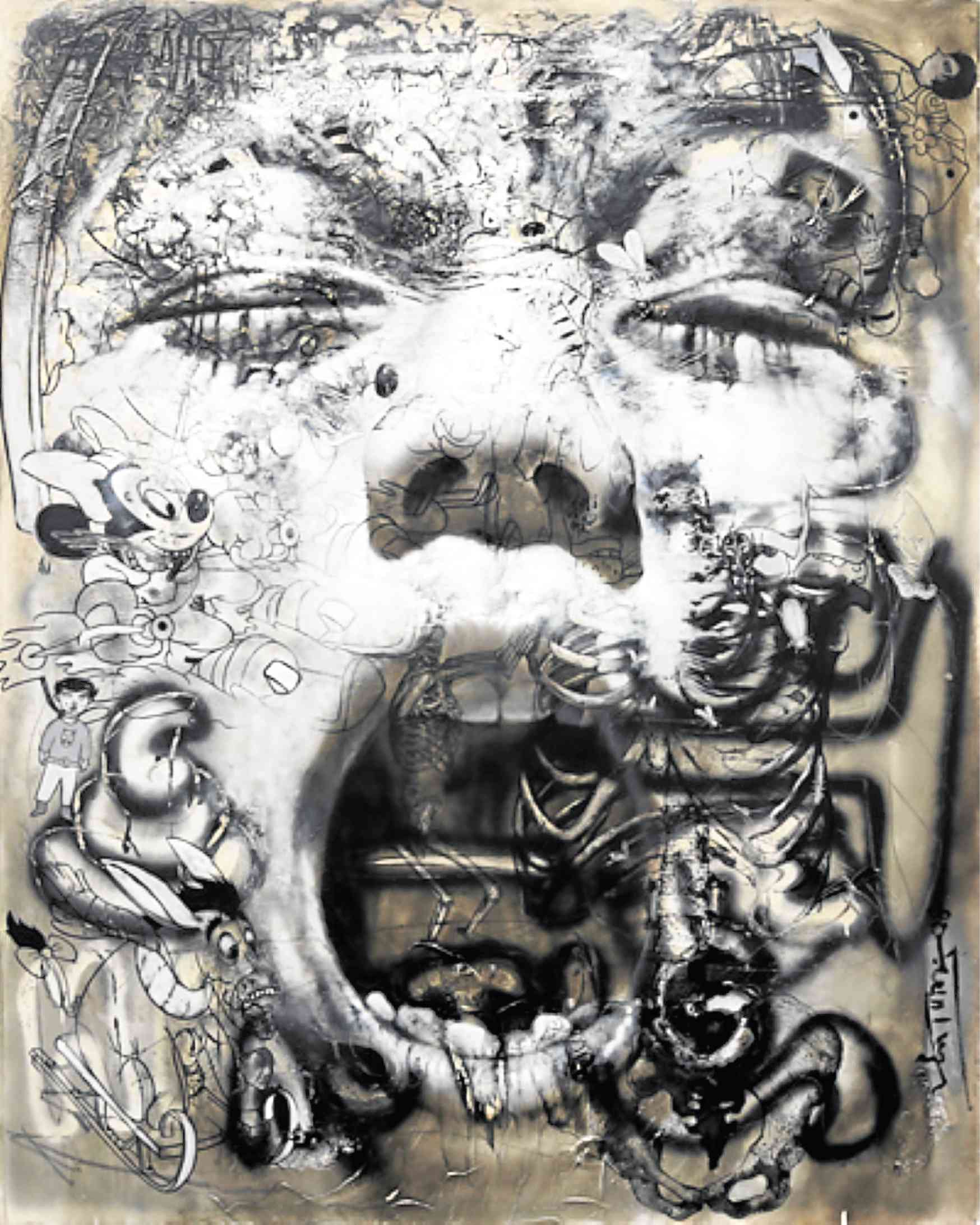 Key representative works by major Philippine artists will be up for grabs during León Gallery’s Spectacular Midyear Auction on June 9.

Another significant piece is Ang Kiukok’s 1982 oil-on-canvas “Man with Fish,” which shows an emaciated man holding a gigantic fish. Bidding will start at P4 million.

Known for his “Diaphanous” and “Permutation” series, Romulo Olazo also did great work in other nonobjective experimentations, such as his 1992 acrylic-on-paper “Untitled #287.” Its floor price is P180,000.

Juvenal Sanso’s acrylic-on-paper “A Sea of Flowers” (circa 1990s) lets the viewers gain access to the outline of the artist’s inventive forms reduced to their monochromatic grandeur. It will be auctioned off starting at 200,000.

In Angelito Antonio’s 1981 oil-on-canvas “Mending Nets,” two women are engrossed in a conversation while darning a net. Bidding begins at P200,000.

There are three Dalena paintings in the auction that represent each of his three oeuvres: the Alibangbang, Jai-Alai and Quiapo series.

Cid Reyes’ 2017 acrylic-on-canvas “Black Night 2,” which has a starting bid of P100,00, evokes the nocturnal romance through its gestural dashes.

Ronald Ventura’s 2008 oil-on-canvas “Scream II” features a disturbing imagery of a face with eyes closed and mouth agape, as though the figure is letting out a cry. It has a starting price of P4 million.

Other exciting contemporary works to be bidded out are by Marcel Antonio, Jon Jaylo, Edwin Wilwayco and José John Santos III. –CONTRIBUTED