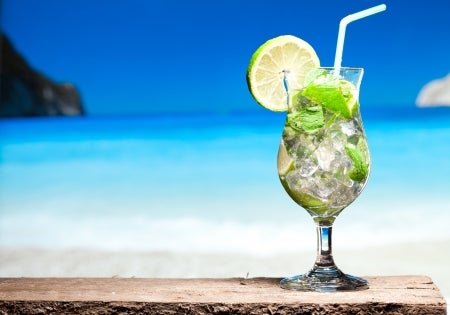 Seychelles latest to look at banning plastic straws across their islands

Travelers bound for the Seychelles might have to edit their fantasy of sipping on an umbrella-embellished frozen cocktail while lounging on the beach, following calls to ban the use of plastic straws on the tropical island.

After Taiwan, the European Union, Vancouver, McDonald’s United Kingdom, and Alaska Airlines, the Seychelles tourism association is calling for the government to place a blanket ban on the importation of plastic straws, reports the Seychelles News Agency.

For visitors, that may mean sipping their tropical beverage the old-fashioned way, by the glass rim, or being offered a biodegradable straw.

The straw ban is the latest greening measure enacted by the local government. Last year, a ban on the importation of Styrofoam take-out containers, carrier bags and plastic plates, cups and cutlery went into effect.

The anti-plastic straw movement has gained major momentum within the food and hospitality industry in recent months, as a way to address the crisis of plastic garbage choking the planet’s oceans and killing marine life.

Earlier this year, Taiwan announced an ambitious plan to ban single-use plastic items like straws, cups and shopping bags by 2030.

The city of Vancouver will become the first Canadian city to ban plastic drinking straws, along with Styrofoam cups and take-out containers, when the new rule takes effect next summer.

McDonald’s U.K. also announced plans to start phasing out plastic straws across their restaurants and replacing them with paper straws, ahead of a government plan to enact a blanket ban across Britain.

And back on the Seychelles, the Carana Beach hotel took its own initiative and launched a campaign asking guests to simply “refuse the straw.” JB

Summer’s not yet over with GetGo’s exciting exclusive offers

Overseas tourist arrivals to Beijing on the rise