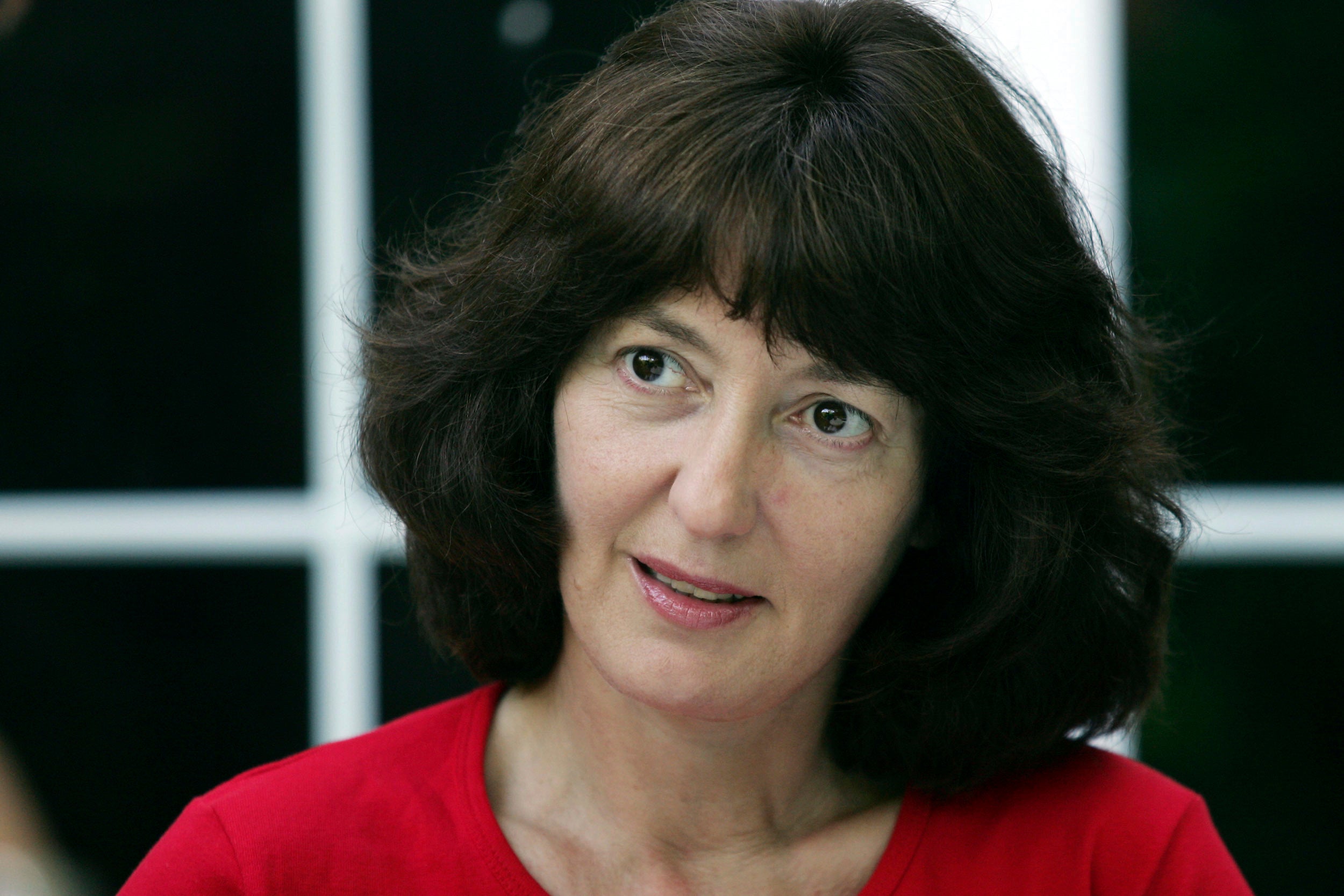 FILE - In this Thursday, Sept. 21, 2006 file photo, Geraldine McCaughrean, author of the Peter Pan sequel 'Peter Pan In Scarlet' talks to AP reporter at her home in Great Shefford, Berkshire. British writer Geraldine McCaughrean has won the prestigious Carnegie Medal for children's literature for "Where the World Ends." McCaughrean was named winner Monday, June 18, 2018 for her novel about two Scottish boys marooned at sea. She previously won the prize, chosen by children’s librarians, in 1988. (AP Photo/Sang Tan, File)

LONDON — British writer Geraldine McCaughrean on Monday won the prestigious Carnegie Medal for children’s literature for “Where the World Ends.”

McCaughrean was named the winner for her novel about two Scottish boys marooned at sea. She also won the prize, chosen by children’s librarians, in 1988.

In her acceptance speech, McCaughrean criticized publishers for vetoing complex language in children’s books, saying: “We master words by meeting them, not by avoiding them.”

The Kate Greenaway Medal for illustration went to Canada’s Sydney Smith for illustrating “Town is by the Sea,” a tale of childhood in a Nova Scotia coal-mining community.

The Carnegie is Britain’s oldest children’s book prize, named for Scottish-born U.S. philanthropist Andrew Carnegie. It and the Greenaway award are open to works published in the U.K. in the previous year. MKH

Licad gets standing ovation at Carnegie