‘All Out of Love’: Here it is, an Air Supply jukebox musical! | Inquirer Lifestyle ❮ ❯ 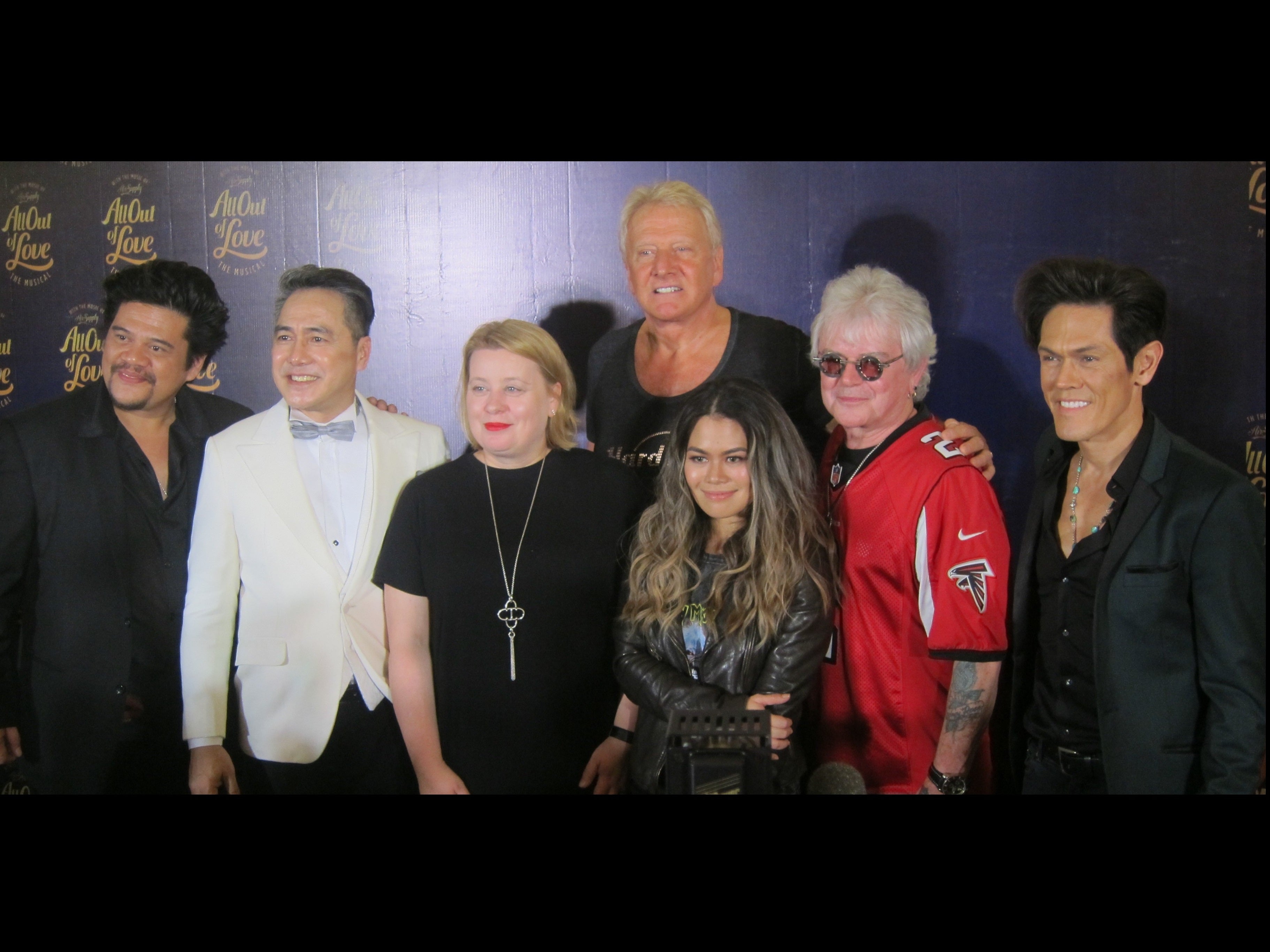 ‘All Out of Love’: Here it is, an Air Supply jukebox musical!

The Philippines will host in October the world premiere of a musical production showcasing the songs of Australian recording artists Russell Hitchcock and Graham Russell, or the guys behind the iconic soft-rock band Air Supply.

To be held at Resorts World Manila’s (RWM) Newport Performing Arts Theater, “All Out of Love the Musical” renders 17 hits from the Air Supply catalogue in a romantic story set against the music scene of the ’80s. Written by the Canadian playwright Jim Millan and organized by a creative team from Down Under, the production assembles an all-Filipino cast led by MiG Ayesa, Rachel Alejandro, Tanya Manalang, Raymund Concepcion and Jamie Wilson.

The ’80s was the decade Air Supply shot to fame worldwide, with power ballads like “Lost in Love,” “The One That You Love,” “Here I Am,” “Making Love Out of Nothing At All,” “Sweet Dreams” and the basis for the musical’s title, “I’m All Out of Love.”

The band first performed in the Philippines in 1982. It has since staged other concerts in the country, the most recent held just last month at RWM—on the same day the theater production was launched to members of the media.

“We’ve had a great relationship with the Philippines since 1982,” said Hitchcock, who crashed the media event with Russell just three hours after landing in Manila and despite having less than a half-day to prepare for their evening concert.

“It (the musical) was a great opportunity for us to showcase Graham’s songs that have been around for so many years. We have a loving, caring relationship with the Philippines, so it (staging the premiere in the country) was a natural thing for us.”

For many years they had contemplated on using their music for theater, Russell continued, as “it seemed to be a natural step for our songs and our catalogue.”

The process of turning it into reality began six years ago, when Aussie producer Naomi Toohey broached the idea to Air Supply’s manager, Barry Siegel. Hitchcock and Russell eventually got onboard as creative producers, meaning they have a say in the script and interpretation of songs. They’re updated on the show’s progress as well, said Toohey.

If there’s one area of production that Air Supply couldn’t attend to, it would be casting the actors, though it didn’t seem to be an issue when Hitchcock proclaimed, “There are so many brilliant singers in the Philippines, it’s scary.”

Among them is the cast of “All Out of Love,” all of whom have racked up impressive theater/musical credits, such as Alejandro’s Paula in “Ang Larawan The Movie”; Manalang as Kim in a “Miss Saigon” revival and also starring in the original Filipino musical “Ang Huling El Bimbo.”

Concepcion was in “Priscilla, Queen of the Desert” and the RWM production of “Bituing Walang Ningning, The Musical”; while Wilson was a scene stealer in “Kinky Boots” and as Miss Trunchbull in “Matilda the Musical.”

Filipino-Australian MiG Ayesa may not be a regular in the local theater scene, but he has long captured the hearts of audiences since appearing in the 2005 talent show “Rock Star: INXS,” where he belted out rock anthems week after week. He has performed in the West End and on Broadway, as well as in the Manila run of the international touring production of “The Bridges of Madison County.”

“What I love about this is I’m getting involved in the production from the grassroots level,” said Ayesa. “No one has done this show before. No one has played my character before. I’m going to be the first guy ever to be (leading man) Jamie Crimson, so it’s a chance to be part of the creative process of putting the show up.”

“All Out of Love the Musical” opens Oct. 18 at Resorts World Manila’s Newport Performing Arts Theater. Tickets now on sale at TicketWorld.