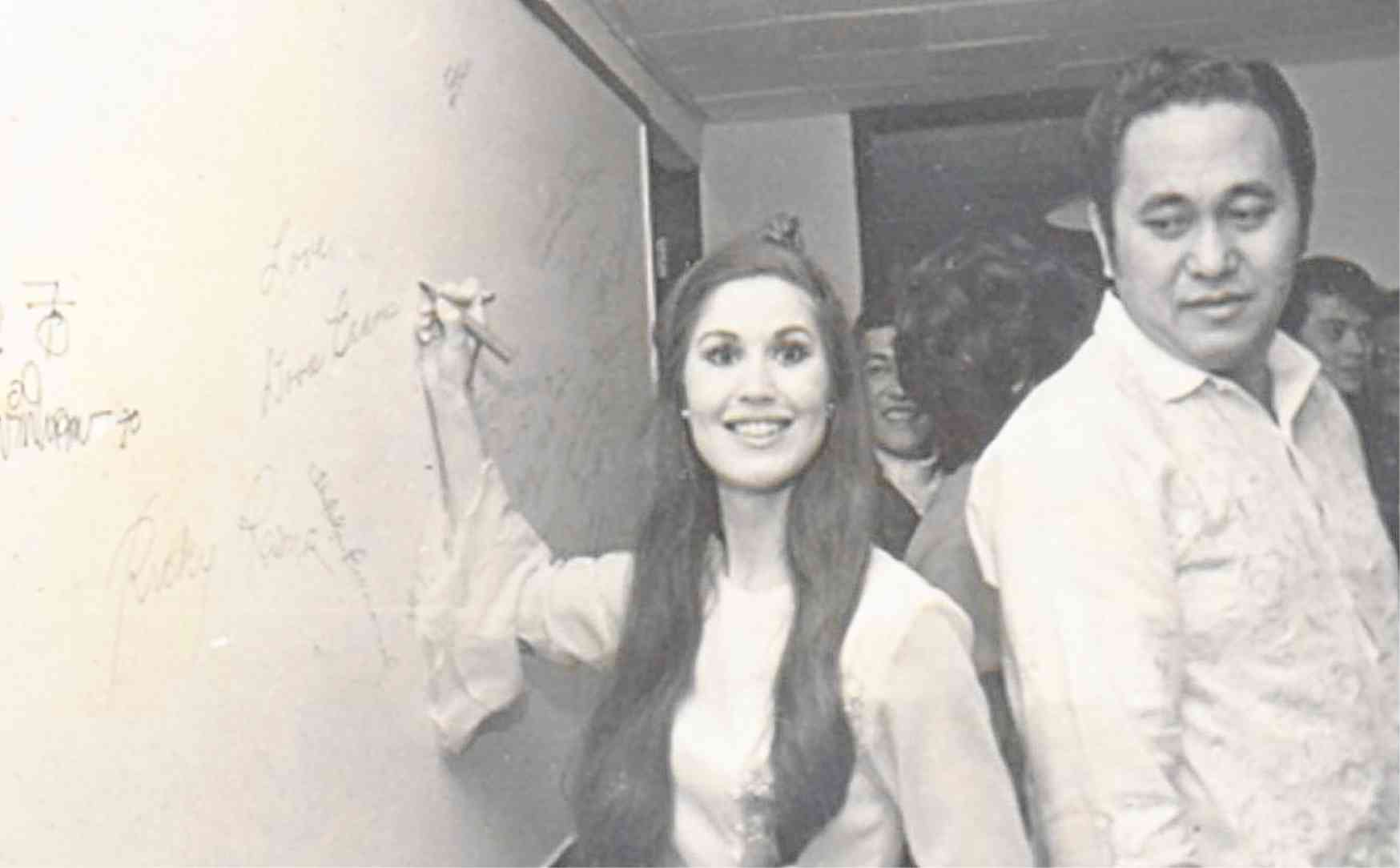 You mantra for the week: I can choose my thoughts… I choose to be positive.

I have often been asked, how can I become more positive? And my answer comes with eight suggestions:

1. Decide you want to be more positive.

2. Know when you are thinking negative thoughts so you can reverse them.

3. Become aware of your habitual thoughts and make sure that they are uplifting.

5. Keep company with people who cheer you up, especially those who can make you laugh, because laughter fills your brain with feel-good chemicals.

6. Watch your vocabulary. Make sure that your words encourage, praise and elevate.

7. Notice all the wonderful things happening around you—they are there, just look more keenly.

8. Keep away from people and events that bring you down.

Start now and experience the tremendous difference they can make in your life.

The Human Rights Victims Claims Board (HRVCB) finally finished its task last May 12 after four years of paring down the 75,749 applications to 11,103 names.

The last figure was arrived at after all claims were deliberated by three divisions of the Board and each received the amount according to a point system assigned to each claimant as follows:

Enforced disappearance and killing: 10 points
Torture: 6 to 9 points
Arbitrary detention: 3 to 5 points
Other violations: 1 to 2 points
Each point has the equivalent of P176,779.

The HRVCB was created in pursuant of Republic Act No. 10368 or what is often referred to as the Human Rights Victims Reparation and Recognition Act of 2013.

This quasi-judicial body was mandated by law “to receive, evaluate, process and investigate” reparation claims made by human rights victims under the Marcos dictatorship, considered the darkest chapter in Philippine history.

Small cup in the bucket

I finally got my share as a claimant, which comes from the P10 billion from the ill-gotten wealth recovered from the Marcoses.

The Guinness Book of Records estimates Marcos’ ill-gotten wealth at $34 billion or, in today’s dollar exchange rate, equals P1.768 trillion. So, P10 billion is a small cup in the bucket.

Bakit? What makes me truly ecstatic is the fact that Imelda and her children can no longer strut and claim that the dictator did no wrong.

In last Wednesday’s front page, the “Supreme” Court cleared the Marcoses on behest loans. This calls for another bakit?

Many people still wonder why I was ever detained. Let me start on Day 1 of my detention. Two Metrocom cars came to my parents’ home and informed me that they would like me to come with them for an interview in Camp Crame.

There, I was asked only one question, “Are you the Conde de Makati?” And because my editor Luis Mauricio had already been arrested, I decided to tell the truth.

Unfortunately, Jerry died in 2014 with no known relatives to claim his reparation.

What a surprise to see that there were 22 of us from the media, including Amando Doronila, Louie Beltran and, of course, Amelita “You-know-who” Reysio-Cruz, my partner-in-crime in the exposé of the Dovie Beams-Marcos love affair.

Amelita in Crame was the butt of jokes about how the Metrocom knocked at her door and when she asked who it was, the answer came quickly: “You know whooooo!”

We spent many a time exchanging jokes to keep our spirits up because we did not know whether we would be executed the next day or be incarcerated for a lifetime.

The Daily Express had announced that we were being treated royally at Camp Crame without detailing the fact that, upon my arrival, there were 84 of us in the gym with only three toilets and no water during the day.

By the time I was conditionally set free, there were 280 detainees with six toilets and still no water during the day. Incidentally, the first thing I did after my release was to rush to my bathroom and kiss the toilet bowl.

I have written about my other experiences in the Crame Hilton which will show that I have duly earned my reparation. You can check my articles titled, “Christmas in Crame, 1972” and “Martial Law: Golden Age of Oppression.”

Dovie and the cronies

Meanwhile, I am sharing with you some photos taken at the opening of Select Talent Agency, circa 1970, of which I was chair. Dovie Beams was our guest of honor, with Manila’s mayor at that time, Antonio Villegas, who many years before, when I was known as a painter-poet, had sent me as his cultural representative to New York City.

At the event, it would surprise Imelda Marcos today that the likes of Dr. and Nene Vera Perez, Maning Collantes, Simeon and Puring Puyat Gopengco, and even Johnny Litton were present and hobnobbing with Dovie Beams.

As you will notice in the photo, Dovie was already donning the hairstyle of today. She was a Leo born in 1932, making her three years younger than Imelda.

Dovie was in the country to film “Maharlika” and was brought in by the original three cronies referred to as Mr. X, Y and Z. They were Andy’s cronies, but Imelda had her own.

In fairness to the Marcoses, a substantial part of the martial-law loot has remained with their his-and-hers-cronies and Imelda says, “I have forgiven all my cronies.” I wonder whether Ferdinand would ever have forgiven his “chosen ones.”

After all is said and done, as I cover the many social events of today, my karma is that I find myself socializing with the children and relatives of the cronies (LOL). To think I could have chosen to be one of them and my reparation would have been in the billions—sayang din ano?

But then, I would have been unable to live happily with myself and, indeed, I am very happy!