Being both mindful and active could be more effective in lowering stress, anxiety | Lifestyle.INQ ❮ ❯ 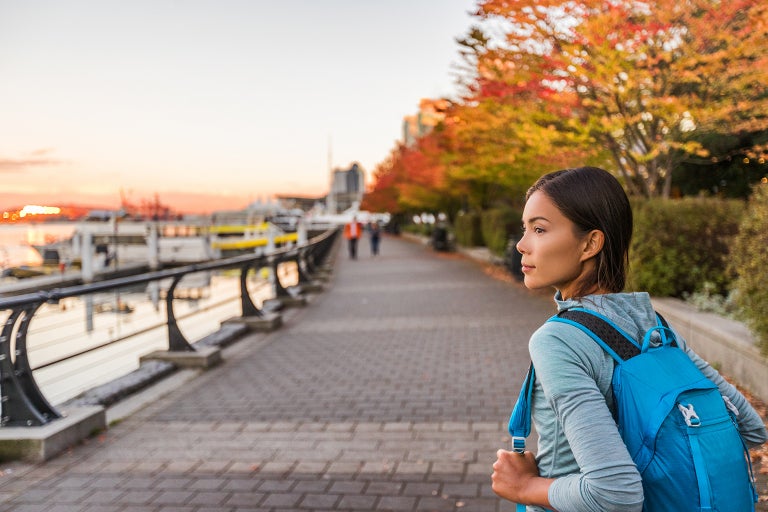 Being both mindful and active could be more effective in lowering stress, anxiety

New United States research suggests that keeping active could be even more effective at reducing stress when combined with mindfulness.

Carried out by researchers at Penn State University, the study looked at 158 students at the university to see how movement-based behavior and mindfulness affected stress levels.

Participants were asked to use a special mobile phone app, called Paco, which asked the students to answer questions about their current activity and states of mind.

Some of the questions had been designed to assess mindfulness, while others asked about where the participant was, if they were moving, and if they were stressed or anxious.

The students received prompts from the app to answer the questions eight times a day over a two-week period.

At the end of the two weeks, the researchers found that in the moments when participants were standing or moving they showed reduced levels of negative feelings such as stress, anxiety and depression compared to when they were sitting.

However, the benefits were even greater when the students reported also being more mindful while standing or moving, suggesting that being more aware of your surroundings could be a simple way to boost well-being throughout the day.

“It can be difficult to ask people to spend a lot of time doing moderate or vigorous activity by going to the gym or out for a run, especially if they feel stressed,” commented lead author Chih-Hsiang “Jason” Yang, who completed the study while earning his doctorate at Penn State.

“Most studies in this area have focused on the differences between people who are more versus people who are less mindful, but we saw that college students often slipped in and out of mindful states during the day,” explained co-author David Conroy. “Developing the ability to shift into these states of mindfulness as needed may be valuable for improving self-regulation and well-being.”

Yang also completed a second study which asked older adults to report on their feelings of stress, anxiety and depression after participating in an outdoor mindfulness activity. Once again Yang found that a combination of being mindful and walking was associated with lower levels of these negative feelings.

The results were published in the journal Psychology of Sports and Exercise. JB