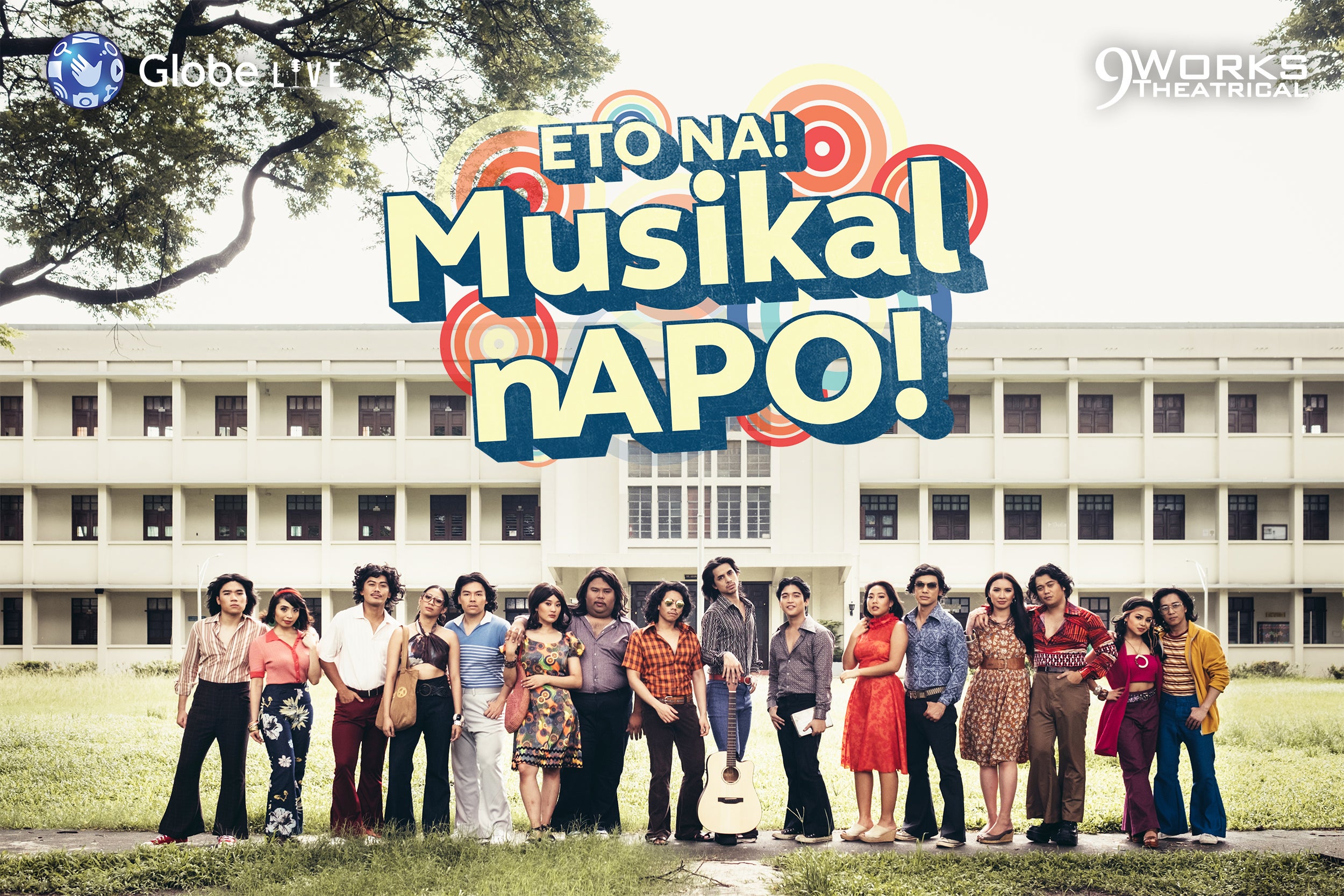 But Robbie Guevara of 9 Works Theatrical was unaware of the jukebox play, as he was busy then directing the musical “Grease.” In one of the performances, Guevara’s schoolmate Boboy Garrovillo of the legendary Apo Hiking Society jokingly told him he should make a musical based on the Apo songs.

The idea caught fire in the director’s imagination, and soon he went about writing a script inspired by the Apo songs. Guevara was intrigued by the story of Apo: Back in school, there were 12 friends into music, then seven, until only three remained—Jim Paredes, Danny Javier and Garrovillo, who would achieve renown as the Apo Hiking Society.

For more information about the Apo songs, Guevara turned to 9 Works marketing director Jon-Jon Martin, a diehard fan of the trio and who became the dramaturg for the production.

The script went through 20 revisions, as director and dramaturg grappled with the need to make the characters more dramatic, and to create tension. There were table readings, music rehearsals, and consultations with the Apo members.

The setting is 1975, three years into martial law. Javier told Guevara: “You cannot ignore martial law.” The songs highlight the milieu, and the lyrics, arising precisely from those times, were hardly changed. The characters, though, are fictitious, and any resemblance to real-life persons, to paraphrase a favorite disclaimer by National Artist F. Sionil José, “are real only in the viewer’s imaginations.”

It’s all about seven friends who join a college singing contest, and so they go about composing a perfect song that hopefully will win them the top prize. Along the way, they encounter problems with their creative efforts which dovetail with personal problems, romantic relationships, family interactions and a society in turmoil.

There are 26 songs to be performed, including “Pumapatak ang Ulan,” “Paano,” “Di Na Natuto” (popularized by Gary Valenciano), “Nakayakap sa Dilim,” “Tuyo Na ang Damdamin,” “Blue Jeans,” “Show Me a Smile,” “When I Met You,” “Lumang Tugtugin” and “Ewan,” which Louie Ocampo wrote for Apo.

“Apo music is Apo music, wala nang dapat baguhin (no need to change anything),” said Daniel Bartolome, musical director-conductor of the 9 Philharmonic Orchestra, and arranger along with Orlando de la Cruz. “But putting it into a musical requires a different approach. So we’re thinking of a recipe that would best serve the original Apo listeners and fans, and also the generation now.”

Playing the seven leads are Mark Bautista as Rick, Jobim Javier (son of Danny, in his theater debut) as Butch, Alfritz Blanche as Sonny, Jep Go as Ray, Jef Flores as Jaime, Jon Abella as Donnie and Vyen Villanueva as Bobby.

Choreographer is PJ Rebullida, who did an outstanding job in “Newsies.”

Asked to compare “Eto Na! Musikal nAPO!” with other jukebox musicals that are currently the rage in Manila, Guevara said, “Ours will have the most popular songs. No one can compare (with Apo). If you ask the bands themselves, they will admit that they were most probably inspired by Apo and their music.”