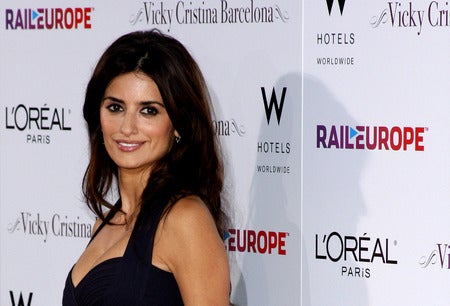 The Spanish actress, who won an Oscar in 2009 for her supporting role in “Vicky Cristina Barcelona”, has been named as Chanel’s latest ambassador, the brand announced in a statement.

The French fashion house has form when it comes to signing up famous names of the fashion and movie worlds. After Keira Knightley, Kristen Stewart and, more recently, Margot Robbie, Penélope Cruz joins Chanel at its latest brand ambassador.

The Spanish actress will notably front the brand’s upcoming advertising campaign for its Cruise collection, shot by the legendary designer and photographer, Karl Lagerfeld.

Penélope Cruz earned Oscar nominations for her performances in “Volver”, “Nine” and “Vicky Cristina Barcelona” winning the Academy Award for Best Supporting Actress for the Woody Allen movie in 2009. She also starred in “Pirates of the Caribbean: On Stranger Tides” and “Bandidas”.

As well as being a Lancôme ambassador for several years, Penélope Cruz has starred in campaigns for various other brands, including Loewe and Mango. JB