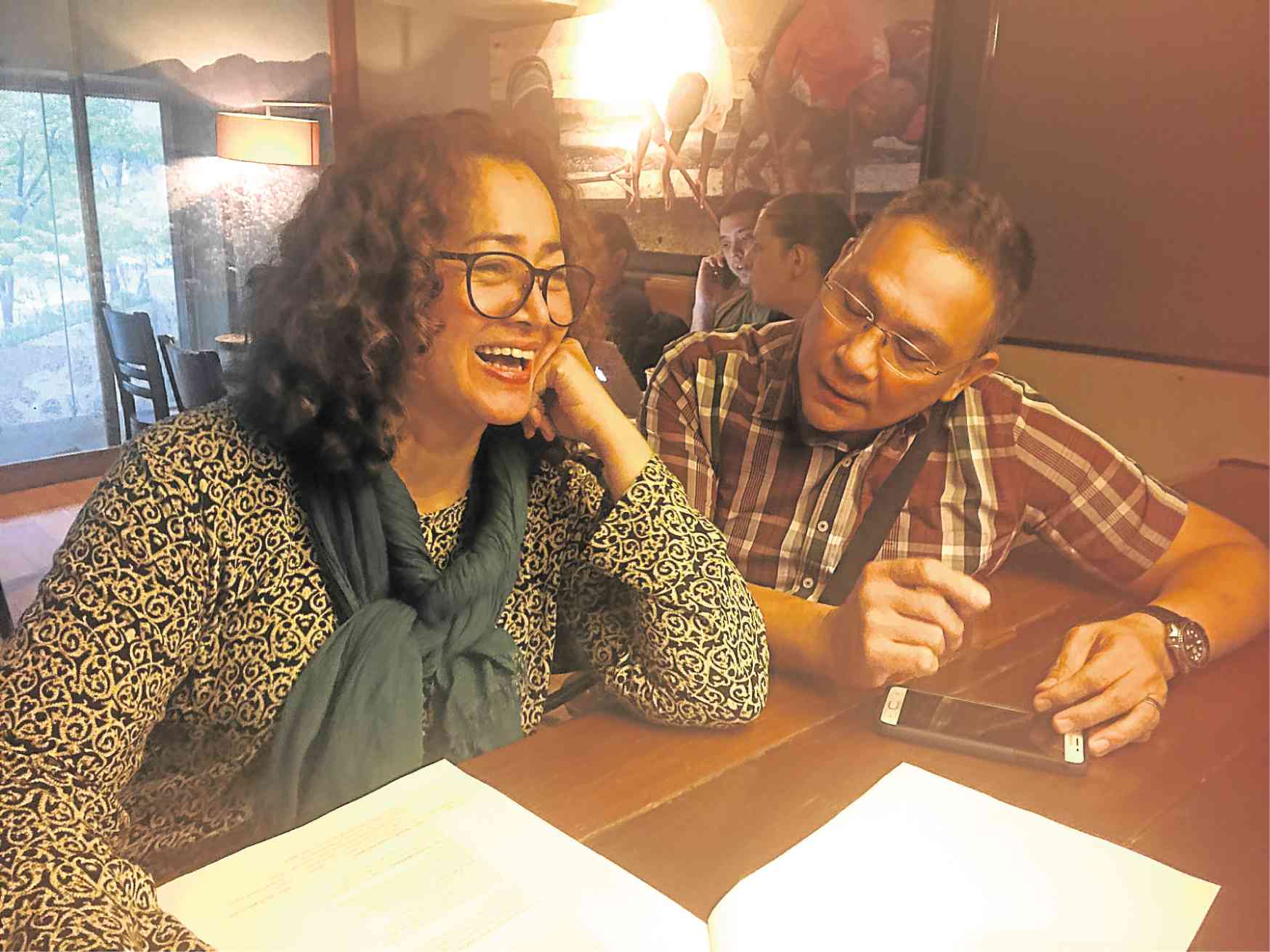 Better days: Shamaine and Nonie Buencamino at the pre-production meeting for #WillYouStillLoveMe

It’s been almost three years since Julia Buencamino, youngest child of award-winning film and theater actors Nonie Buencamino and Shamaine Centenera, died by suicide. Though the journey has been long and arduous, and there are still days when the pain is unbearable, today, the couple is in a much better place, where their personal advocacy is to ensure that parents and caregivers of people with mental health issues keep talking and listening more to those who are under their care.

In the beginning, Shamaine says that when she started the Julia Buencamino Project, she only thought of it as a mental health awareness program, because they had nothing more to share but their story. “But I have been made aware from the very start that awareness is not enough. We have to look for ways to be proactive and address the needs of those affected by mental health issues. That is what I’m looking forward to. I hope to make Julia’s bench not just a reminder, but a device to build mental health.”

Julia died at the very young age of 15. Shamaine says, “She had so much more to give. I continue to grieve over that loss, but I look around and realize that her life was not lost to suicide. She gave us so much joy when she was with us, and she left us so much information to fuel our cause. The most important lesson she taught me was that I need to listen more to her. I didn’t listen well enough when she was alive.”

The title for their July 14 event, #WillYouStillLoveMe, at Whitespace in Makati, came to her in a dream. “It was initially just an event to commemorate the third year of her passing, coupled with a desire to share three more stories from lives that have been deeply affected by mental health issues,” Shamaine explains. However, it has become so much more because of the poem Julia left:

The last line reverberated in her head one morning in late June.

Shamaine continues, “Through the event, we hope to continue the conversation, and to explore tools on how to care for people affected by mental health issues so that they will feel and know that we still love and will always love them, even if they are broken. And that they are beautiful in their brokenness.”

The journey to come to a better place, where one is no longer wracked by guilt, has not been an easy one. “I’ve learned that the best thing to do is to ride the pain like a wave. It always becomes smaller and calmer. I’ve learned that I have no control when this wave will come. In fact, I know now that I have very little control over the turbulence of this thing we call life. I used to struggle to stay on top. Grief has taught me that it is all right to sink under at times. That life is not about staying on top. The less I struggle, the more I can stay afloat.”

And as with most losses that have come as a result of suicide, sometimes, there is an ensuing crisis in faith. “I used to ask God to help me stay close to Him. When Julia died, I blamed myself for asking that. I thought Julia’s death was His way of keeping me near Him, because I would never have been able to survive this without my faith. I have accepted that God allowed this, and because He did, good things can come from it. And they have. I never in my life thought that I would have an advocacy. I thought it was only for people who were holy and selfless.”

The advocacy has given Shamaine a platform to talk about a topic long considered taboo. “‘Suicide’ is an ugly word. So is ‘mentally ill.’ But I persist in talking about it because of what I learned: that it can take the life of a beautiful, intelligent, loved child and make us think that she was weak, selfish and evil! Some even believed that she was possessed!”

“Can you imagine the guilt of parents who think that it is their fault? It is a guilt that can drive one insane. I feel like it is my responsibility to keep telling them that it is an illness that drives people to take their own lives. But it is an illness that can be treated, if not fully, then at least managed so that the person suffering has better days. And we have to help them because their minds can trap them into thinking that they don’t deserve help and therefore should not ask for help.”

The advocacy has helped the Buencamino couple make sense of their loss. “Losing Julia has brought us closer. But there are days when we are raw and hurting in our own grief journey and we get on each other’s nerves. Like all normal couples. We have been more forgiving of each other. And more lenient with each other’s wishes. The fact that we have three big Belgian Malinois in our household proves it!” Shamaine says with a laugh.

Shamaine says that even three years after, talking about Julia is painful, but that it always makes her feel better after. She encourages everyone to be kinder to families who have children with mental health issues, and even kinder to families who have lost loved ones to suicide. “Parents should be allowed to talk about their child. But suicide makes them feel guilty and angry. And people are afraid to ask.”

We must keep listening, and keep talking. Even more important, we need to keep caring. It’s the best way to break the stigma and create a kinder world for those with mental health issues.