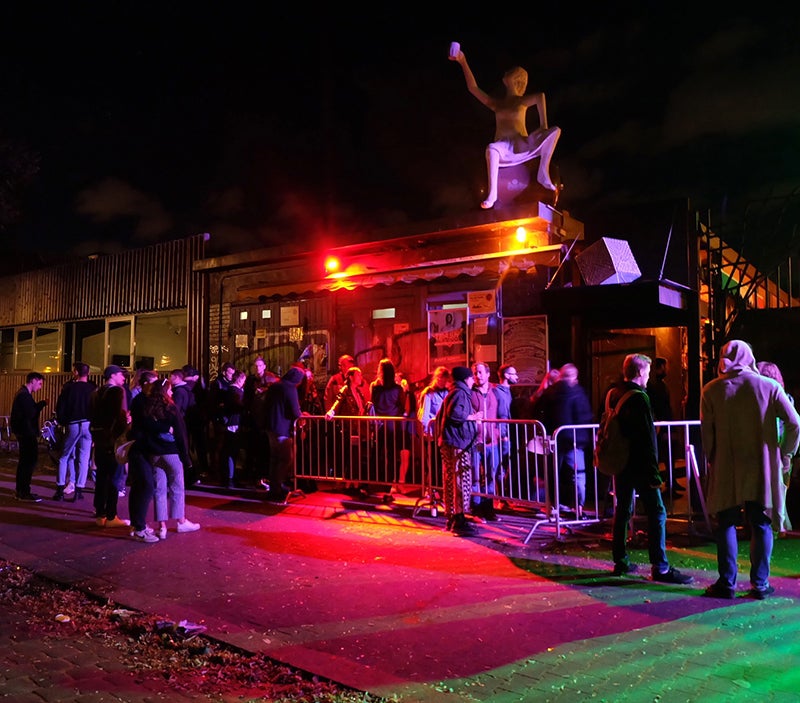 Your Super guide to Berlin 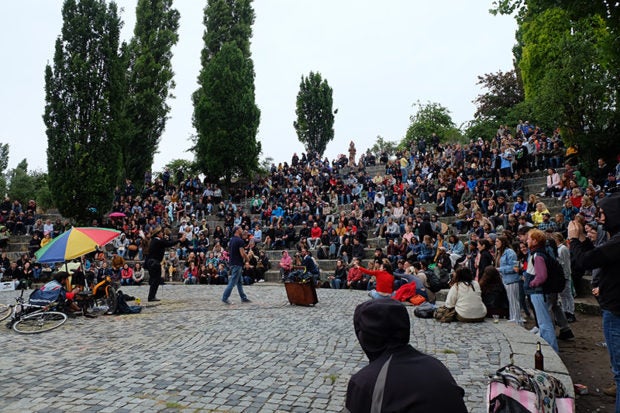 Feel like a rock star at Mauerpark.  Sing at Bearpit Karaoke which happens on Sundays starting at 3 p.m. While you’re there, check out the flea market, grab an incredible buttermilk fried chicken sandwich from Butter Bronson’s along with triple cooked fries (and all the truffle mayo you can eat!) from the Fries cart. 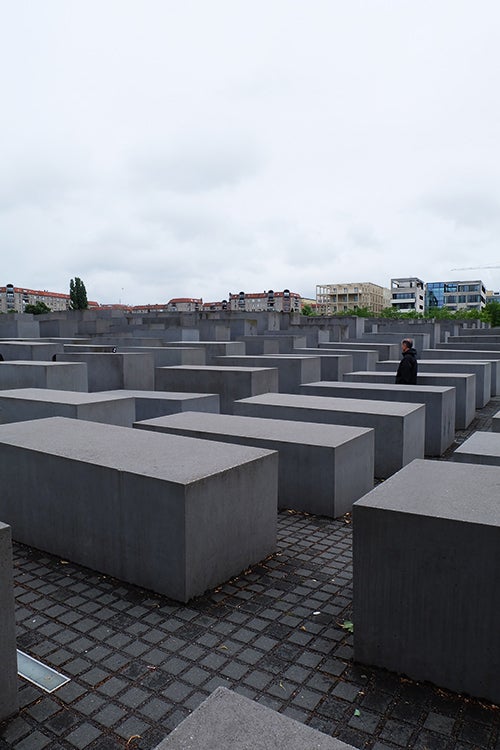 Visit the Memorial to the Murdered Jews of Europe.  Make sure you don’t miss going down to the Information Centre—it’s such a powerful experience. Shell out 3 euros for the audio guide, it’s worth it.

See the #BestViewofBerlin from Berlin Television Tower, Germany’s tallest structure. What used to be a politically charged symbol of the German Democratic Republic now offers anyone with a ticket a 360-degree view of Berlin. Take the 40-second elevator ride up and grab a drink at Berlin’s highest bar or enjoy a meal at the rotating restaurant. 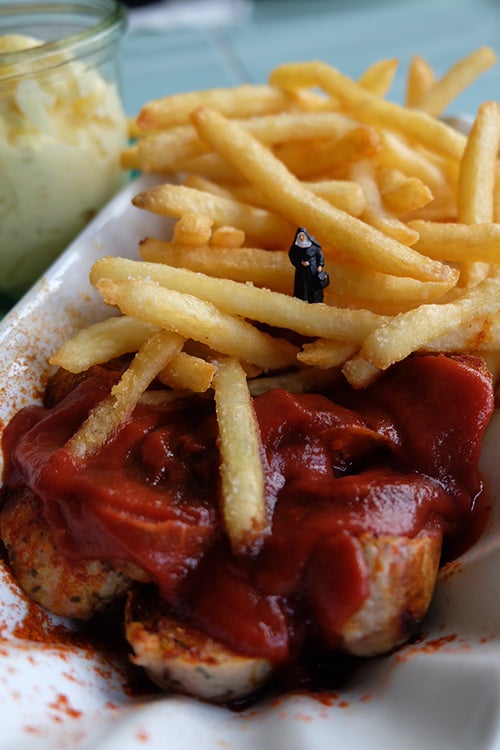 Eat currywurst. This iconic Berlin snack is so well loved there’s even a museum dedicated to it. And it’s super fun. 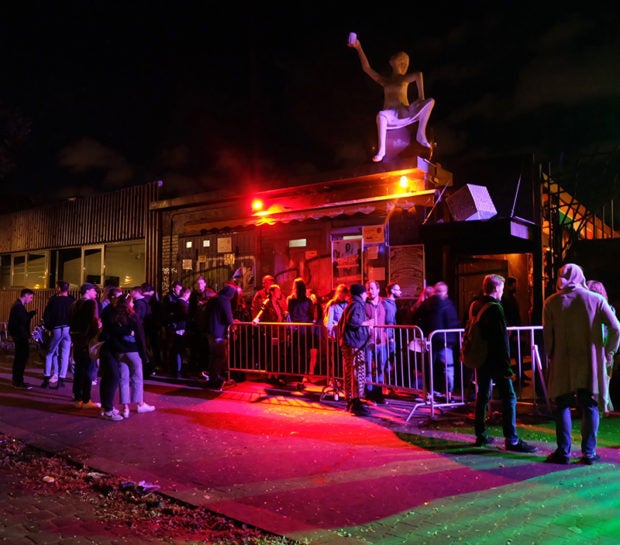 Stay out all night. Berlin’s 365/24 slogan is no joke—the city really doesn’t sleep. Berlin’s nightlife scene is unique, fun and unpretentious and you need to give it a try, even if you’re not the clubbing or bar-hopping type. Go to Berghain (if you can get in) or our pick Birgit & Bier or any random place Google maps will take you—we promise, with the right company and a good beer in hand, you’ll have a blast.

BERLIN ACCORDING TO YOUR PASSIONS 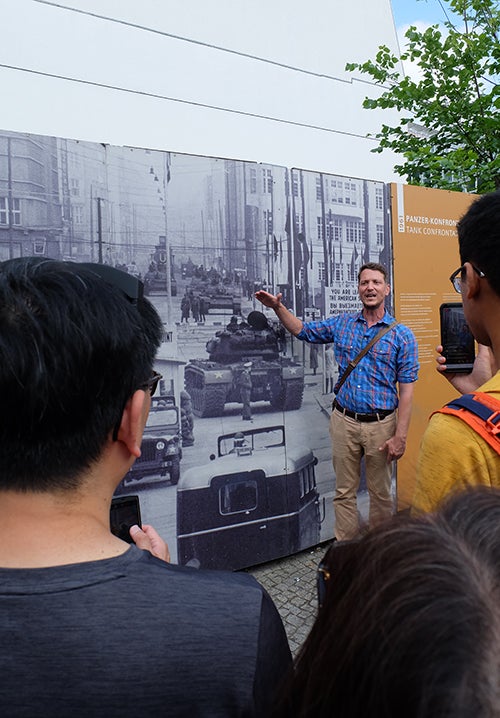 If you’re a history buff, Berlin has so much to offer. There’s a multitude of museums (some in World War II bunkers) and attractions and countless walking/biking/Segway tours that will take you back in time (decades or centuries, your choice). Explore Museum Island. Don’t miss the Berlin Wall Memorial and Checkpoint Charlie. Visit Brandenburg Gate, the symbol of German reunification after the fall of the Wall. Topography of Terror gives you a look at the horrors plotted and carried out by the Nazi right on the site of the Gestapo headquarters. 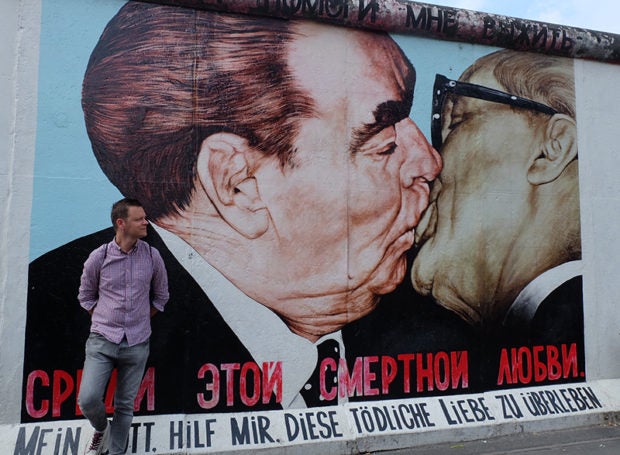 Love art? You’ll get your fill—from masterpieces hanging in museum and gallery halls (there are more than 400 galleries in Berlin) to street art. East Side Gallery, the longest open-air gallery in the world and the longest stretch of the Berlin Wall that’s still standing features the works of 118 artists from 21 countries, is a must, of course. If graffiti is your thing, there’s an Art of Banksy exhibit running at Bikini Berlin until January 2019. Tickets go for 14,50 euros, but you can flash your Berlin Welcome Card for a discount. 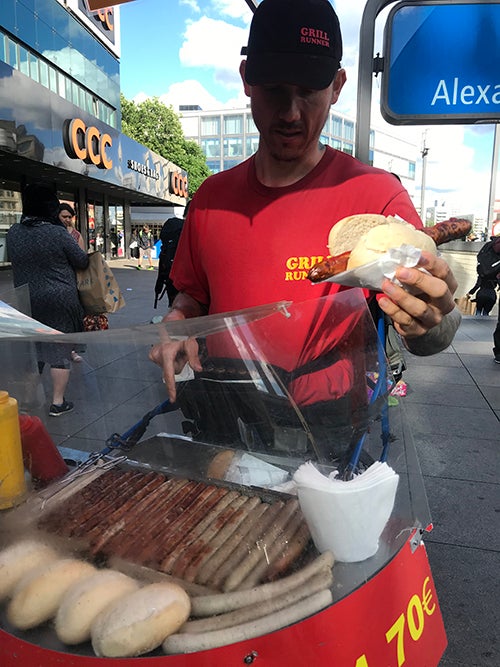 Do you travel to eat? Berlin is a playground for foodies. There are delicious treats at every corner: sausages from grillwalkers, currywurst (it’s a Berlin icon), late-night Doner kebabs. Even breweries and bars serve fantastic food. Check out BRLO Brwhouse’s surprising vegetable-centric menu. (But carnivores, fret not, they serve meat too.) There’s an abundance of food tours you can sign up for. 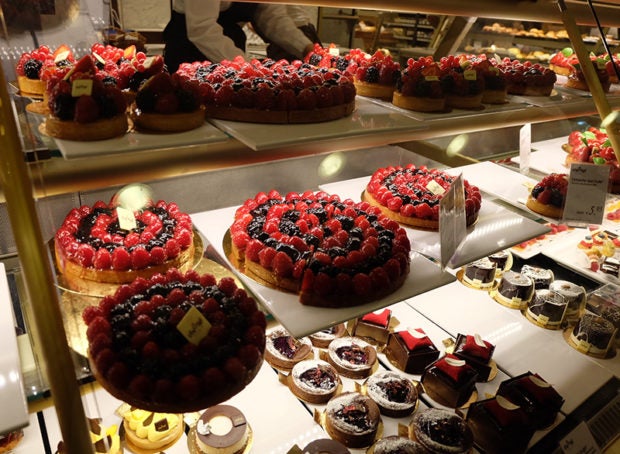 KaDeWe’s food hall is a must visit. KaDeWe CEO André Maeder loves the chicken wings there. When you go, make sure you try Lenôtre’s cakes topped with fresh berries. Don’t miss Street Food Thursday at Markthalle Neun. We had the best short rib sandwich from Big Stuff Smoked BBQ there. Feel like splurging? Book a table at Tim Raue. This two-Michelin star resto that’s also on the list of The World’s 50 Best Restaurants showcases the chef’s creative and bold take on Asian cuisine. We had the Ikarimi Salmon, Wasabi Langoustine, Sate Chicken and we’re still thinking about them. Berlin has a total of 36 Michelin stars. “Now the Parisians come to Berlin for good food,” said visitBerlin CEO Burkhard Kieker. And if you’re vegetarian or vegan, you’re spoilt for choice. Berlin has been named vegetarian capital of the world (they have 49 vegan restos and over 200 vegetarian restaurants). This city is super green in more ways than one. 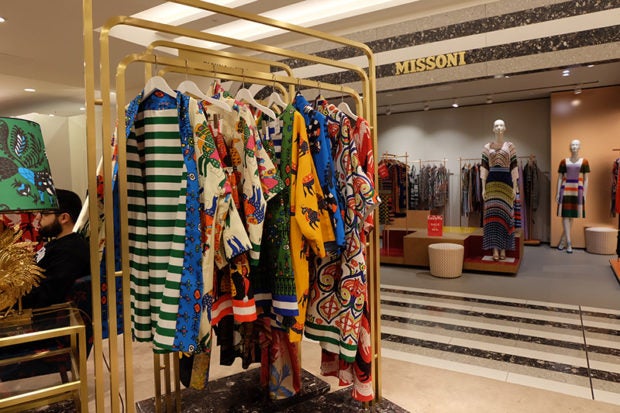 Obsessed with fashion? KaDeWe, Germany’s largest and most elegant department store, will rock your world. A big chunk of their 60,000 square meters of retail space is devoted to high fashion. (The Missoni racks stopped us in our tracks.) “And we have the best shoe department in Germany,” said André Maeder. Want to discover Berlin’s young designers? Stop by Bikini Berlin. If hunting for old treasures is your jam, check out Berlin’s vintage shops and weekend flea markets (the one at Mauerpark is magical). Watch Jean Paul Gaultier’s creations in action at the One Grand Show at Friedrichstadt Palast.

YOUR POP CULTURE GUIDE TO BERLIN 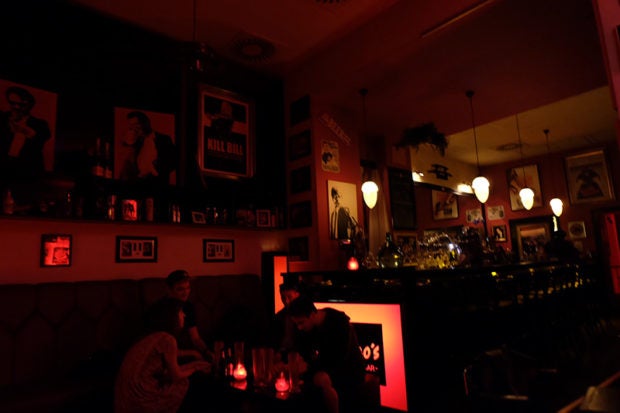 Celebrate David Bowie by exploring his old stomping grounds (he lived there for three years in the ’70s to escape the spotlight at the peak of his career)—Hansa Studios where he recorded (U2 recorded here too), the apartment in Schöneberg he shared with Iggy Pop, and Anderes Ufer (now called Neues Ufer), his favorite bar next door. Remember when Michael Jackson dangled his baby Blanket over a fourth floor balcony? That was in Berlin, in Hotel Adlon. Grab a few drinks at Tarantino’s in Mitte, a bar inspired by the works of Quentin Tarantino. (And yes, the director and Brad Pitt have hung out here.) Visit the Ramones Museum in Kreuzberg. And if you’re a Baywatch or Night Rider fan, there’s a David Hasselhoff Museum at basement of The Circus Hostel. 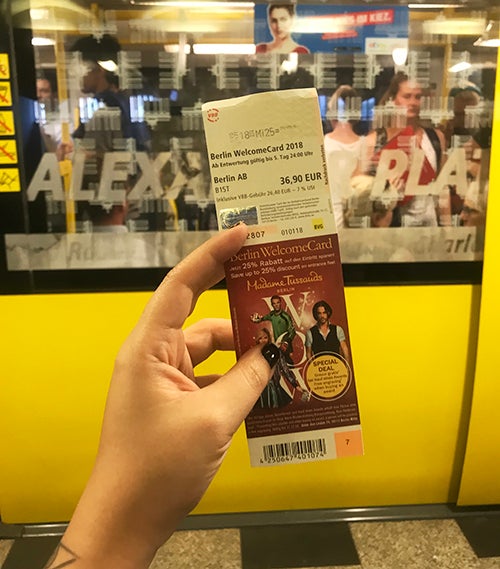 Get a Berlin Welcome Card. Berlin’s official multipurpose tourist card gives you unlimited access to public transport (we used it on the U-Bahn, the S-Bahn, the trams and the buses) plus up to 50 percent discount to around 200 attractions, tours, exhibits, shows, restaurants and shops. This sightseeing pass comes with a city guide and map. This family-friendly card also allows each parent to travel with up to three kids (ages 14 and under) for free. Welcome Cards are available with a validity of 2 to 6 days. Prices start at 19,90 euros. Visit www.berlin-welcomecard.com.

Visiting a lot of museums? Get a Museum Pass Berlin. It’s your ticket to over 30 museums including the Old National Gallery, the Museum of Natural History (say hi to  Tristan the T-Rex), the New Museum (see the bust of Nefertiti), the German Spy Museum and more. It’s available for 29 euros with a reduced rate of 14,50 euros for students. Visit www.visitberlin.de/en/museum-pass-berlin.

Want to stay connected without racking up roaming charges? Buy a prepaid sim card. O2’s 9,99-euro sim card comes with 10-euro credit (which you can use for topping up), 1.25 GB of free data, 300 minutes of voice calls and SMS which you can use for 30 days. It works all over Europe. Just make sure your phone isn’t locked.

Follow Scoot on Facebook to get alerts on great fare deals. A flight to Berlin for just P10,099? Oh yes, it has happened. And it can happen again.