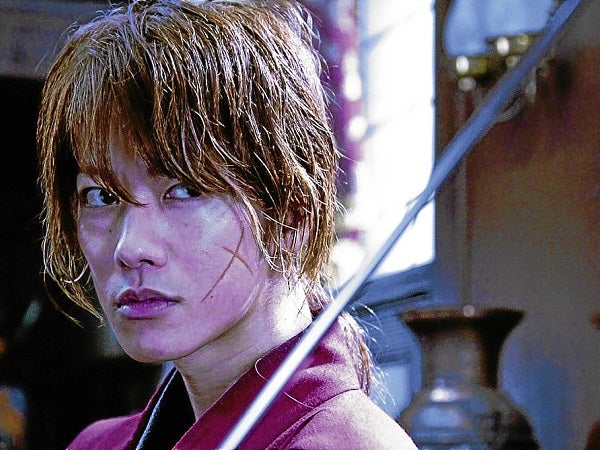 Your Super geek forecast for 2012

Sci-fi fanatics, movie buffs and hard-core gamers have a lot to look forward to in the year of the Black Water Dragon. Count yourselves lucky if you happen to live in a country like Japan, where people get to enjoy the latest releases ahead of everyone else on the planet. But impatience aside, here are five things we look forward to the most (or the least), in no particular order.

Also known as “Samurai X,” the wildly popular ’90s manga-turned-anime series is back on our radar with three new offerings. The first is an original animation video (OAV) called “Rurouni Kenshin: Shin Kyoto-Hen,” which retells the epic battle between our favorite red-haired Meiji-era swordsman and his heavily bandaged archnemesis, Shishio Makoto. The graphics are similar to the main anime series, with voice actress Mayo Suzukaze reprising her role as Kenshin Himura along with the rest of the original cast. The OAV’s first half premiered in Japan last December; the limited-edition DVD and Blu-Ray version is set for release this March.

Secondly, the long-awaited live-action adaptation, produced by Warner Bros., finally hits Japanese theaters on Aug. 25. The hype broke out when the film staff released a trailer and several set photos online, plus an ad featuring actor Takeru Satoh (“Kamen Rider Den-O”) in full getup as Kenshin Himura in the January 2012 issue of Jump Square magazine. The cast for characters Kaoru, Sanosuke, Yahiko, Megumi, Saitou, and the series’ “first” antagonists Jin’e and Takeda have all been confirmed.

Lastly, Jump Square announced that the manga series will resume its run in May 2012, with creator Nobuhiro Watsuki at the helm. It’s not yet clear if it’s a “reboot” or an actual sequel, but we’re pretty sure fans would want a new arc; or at least, for it to pick up where the manga had left off 12 years ago.

The rest of the world will have to wait a little longer for the international releases, but we think these three updates are enough to make RK devotees relearn their Nippongo in time for the Japan debut.

When “Star Trek” legend George Takei first publicly protested against “whitewashing” Katsuhiro Otomo’s manga/anime masterpiece back in April, fans had hoped it was just a rumor. No such luck. The lineup for the Leonardo DiCaprio-produced movie project currently includes Garrett Hedlund (“Tron: Legacy,” “Troy”) and Kristen Stewart (um, “Twilight”) and is set to film in Canada.

The plot and character sketches have also been revealed to have grossly deviated from the original story. As the synopsis posted on legit casting site Actingauditions.org goes, bar owner Kaneda (Hedlund) teams up with resistance leader Ky Reed (Stewart) to find his missing brother Tetsuo (not yet cast), who is abducted by government agents in an effort to keep the destructive telekinetic entity named “Akira” contained within Tetsuo’s mind.

Truly, some things just aren’t meant to be tampered with. Based on the slick, jaw-dropping trailer, it looks like Warner Bros. has managed to pull off a faithful Japanese version of “Rurouni Kenshin,” so why not do the same with “Akira” instead? If “Dragonball” was any indication, westernizing an anime classic with non-Asian actors playing obviously Asian roles is just a box-office disaster waiting to happen. While it is admittedly a wise move, getting Ken Watanabe to play the Colonel (presumably in the hopes that enlisting a Japanese actor would make the project’s reception a bit less hostile) just adds to the confusion. Filling the role of the tortured Tetsuo with another non-Asian actor would probably be the final nail on the coffin, but we can still hope for a miracle.

Sony has come up with a worthy successor to its handheld line, dubbed the PlayStation Vita (or PS Vita for short, so as not to be phonetically confused with its predecessor). It was released in Japan and parts of Asia last Dec. 17, with the Western release slated for Feb. 22. As of this writing, 24 games have been launched, including “Uncharted: Golden Abyss,” “Little Deviants,” “Wipeout 2048,” and “Call of Duty.”

Based on specs alone, it looks like it’s going to give app-happy gamers something to crow about. Pros: dual analog sticks versus the PSP’s single nub, a 5-inch OLED multitouch screen (bigger than most smartphones) with finer resolution, a rear touch panel, two cameras enabling face detection, head detection, and head tracking, Bluetooth and WiFi with optional 3G feature, and backward compatibility with PSP games.

Cons: The introductory price (what else?). It’s $249 for the WiFi model and $299 if 3G-enabled, and you could get cheaper smart phones with plenty of cheap apps to choose from. But if you’re a gamer to the core, upgrading your handheld hardware to the PS Vita would be pretty impossible to resist.

Thumbs up: Nintendo Wii U

For those of you who are quite happy with their consoles, don’t write this one off just yet—the terms “HD” and “touchscreen controller” might change your mind. If the PS Vita is aimed to compete with smartphones, then Nintendo’s upcoming home console might be its answer to tablets. Or at least, its controller might.

Unveiled during last year’s E3 media conference, the Wii U (funny how Nintendo pointedly avoids using the “I” pronoun) is the first Nintendo console with 1080p high-definition graphics. Its unique touchscreen controller can either be used as a “second window” for the TV, or as a standalone screen that allows gamers to play even when the TV is off. Like the handheld Nintendo 3DS, it has an accelerometer, gyroscope, camera, and a built-in microphone, but the Wii U comes equipped with a stylus. The system is also made to be fully backward-compatible with Wii games and peripherals, such as the RemotePlus and Balance Board.

The Wii U is expected to be released in the second half of 2012. Confirmed games include “Batman: Arkham Asylum,” yet-untitled “Tekken” and “Assassin’s Creed” series, and of course, the ubiquitous Super Mario Bros. and Legend of Zelda titles.

“If it ain’t broke, Capcom, why fix it?!” That was the collective cry of outrage when Capcom revealed new character sketches of our beloved platinum-haired demon spawn, who’s barely recognizable underneath that shock of unwashed black hair. True to its tagline, the whole world is out to get Dante (and DmC’s developers)… and for good reason.

Technically the fifth installment in the “Devil May Cry” series, “DmC” is the first in the franchise that’s not developed internally by Capcom; hence, the new direction. Sure, Dante’s still got his flashy hack-slash-and-shoot moves, plus some new tricks up his sleeve. What’s also nice is that the developers are periodically releasing new gameplay trailers online, probably to make room for outsiders’ input while the game is still in development.

But the rule of thumb is, if you want fans to stay loyal, you never mess with the looks of a video game character that’s already gained iconic status, even if you claim it’s a younger version. Nevertheless, we’re giving the Ninja Theory people a chance to redeem themselves for turning Dante into a common street punk. And please, bring back the platinum hair.