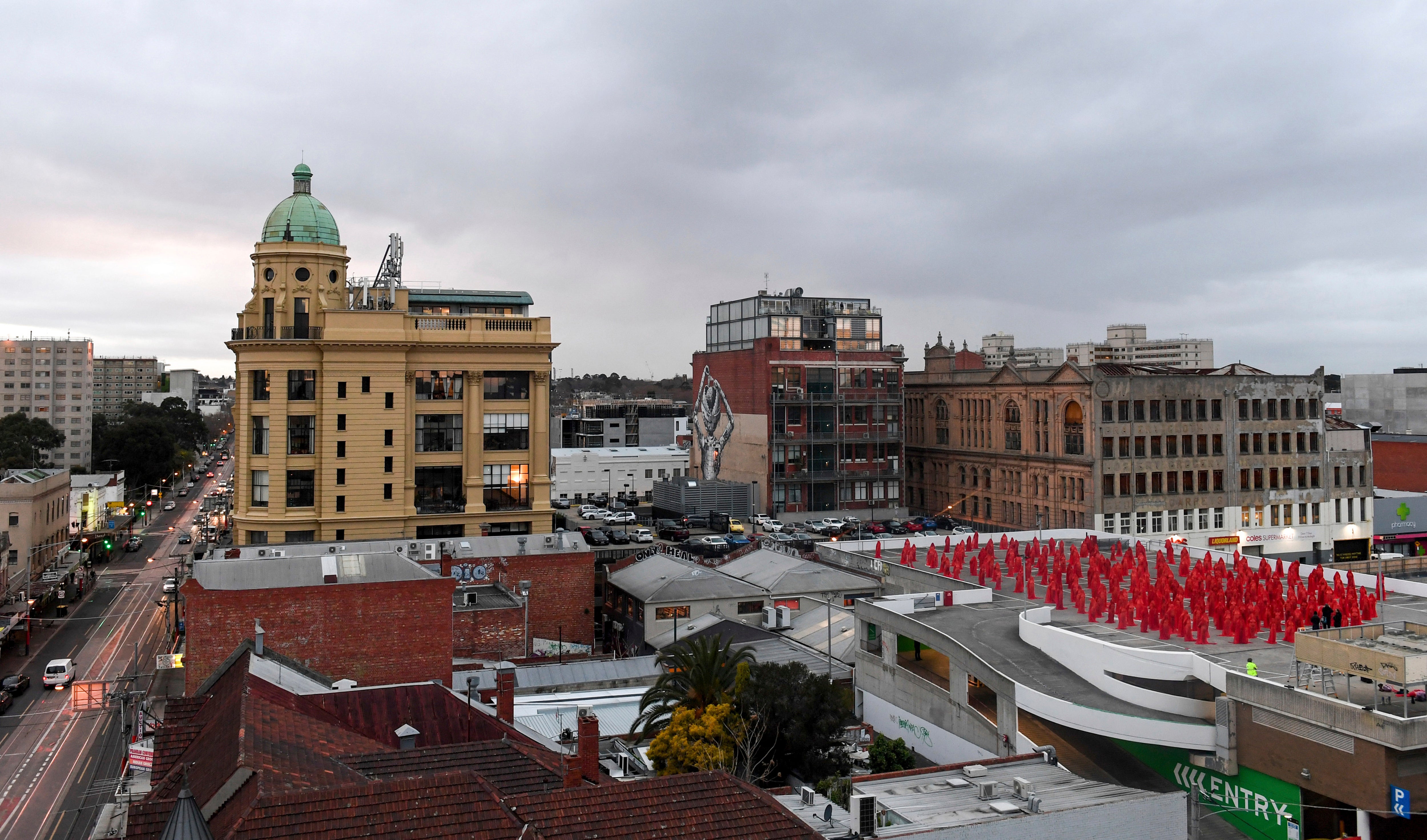 MEBOURNE, Australia (AP) — Up to 400 people stripped naked then draped themselves in see-through red fabric in a Melbourne city car park on Monday to pose for U.S. photographer Spencer Tunick.

A supermarket had initially refused the photographer renowned for large-scale nude crowd shots around the world permission to use its rooftop car park in the inner suburb of Prahran. But the retailer relented in the face of a public backlash, with 12,000 people applying to take part.

Chloe Horler said she felt lucky to be included among the hundreds of men and women who stripped in 9 degree Celsius (48 degree Fahrenheit) morning cool in Australia’s second-largest city.

“The human body is a beautiful thing. A lot of the time it is really sexualized and it doesn’t have to be,” Horler told reporters after the 15-minute shoot.

Tunick was happy with the result.

“I worked quickly in order to keep them from freezing and I think I got some beautiful artwork,” Tunick told Nine Network television. CC