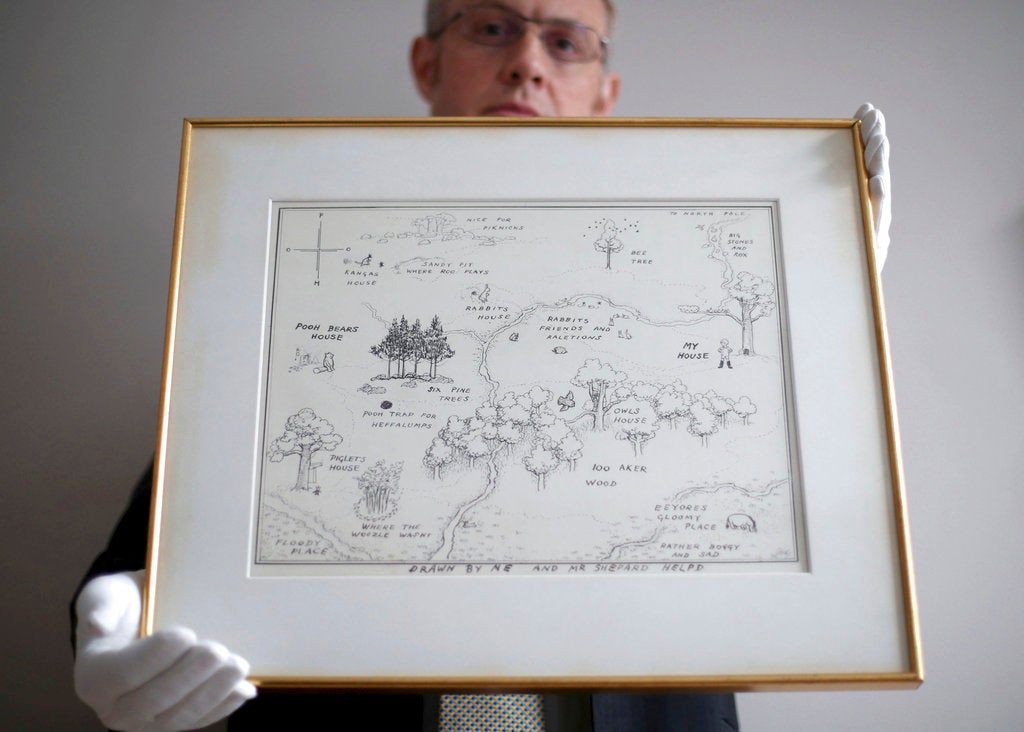 E.H. Shepard’s drawing sold at Sotheby’s in London on Tuesday for almost three-times its pre-sale estimate.

Shepard’s illustrations helped cement the popularity of A.A. Milne’s “bear of very little brain” and his woodland friends. In 2014, an ink drawing of the characters playing the game Poohsticks sold for a then-record 314,500 pounds.

The map and four other Shepard Winnie-the-Pooh illustrations sold for a total of 917,500 pounds at Tuesday’s auction. NVG