Italian shows how design and social enterprise can light up the Philippines | Lifestyle.INQ ❮ ❯ 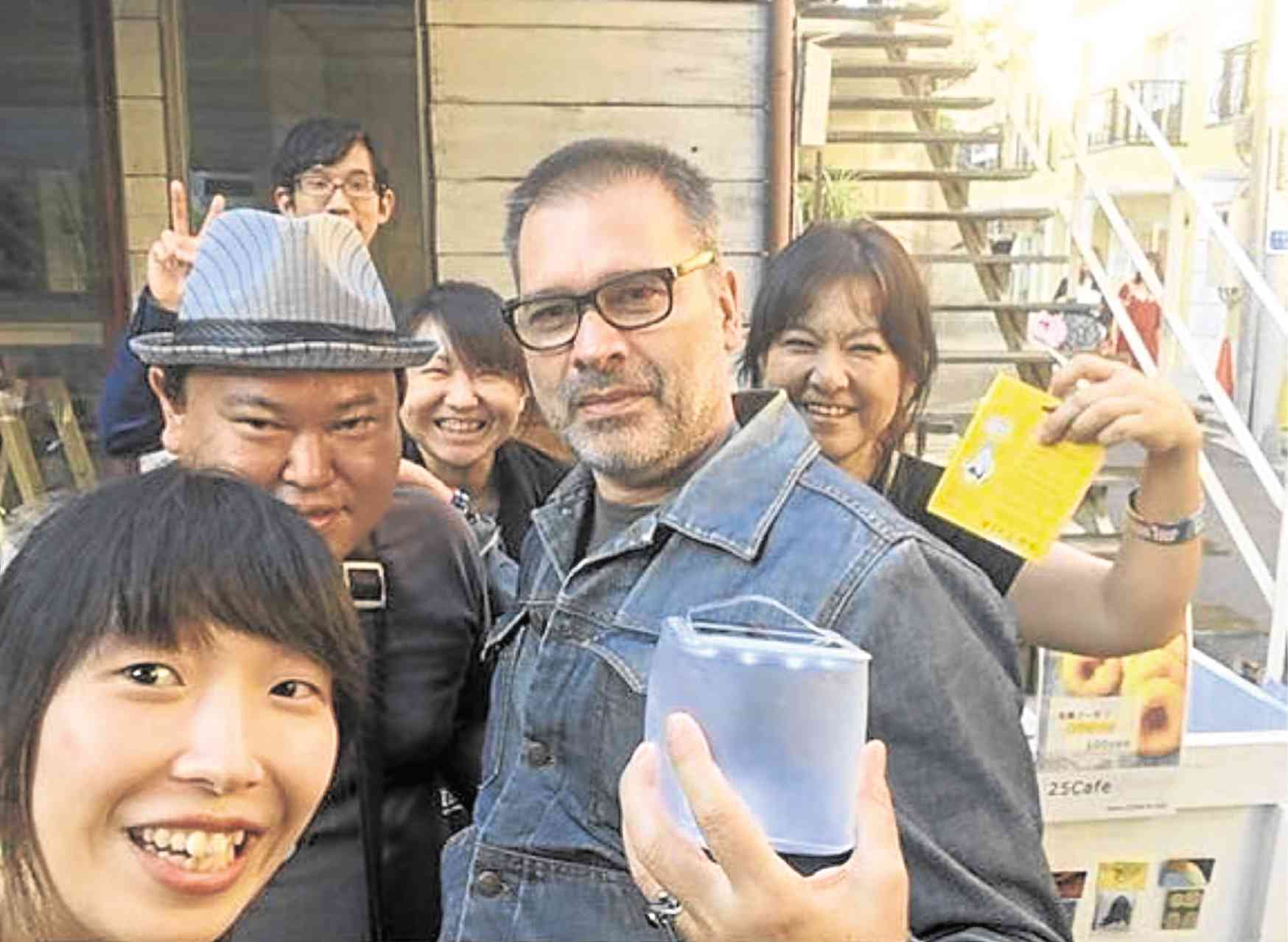 Italian Sergio Boero was a consultant of exporter Hacienda Crafts in Bacolod in 2009 when  he discovered that many artisans had to stop working before 5 p.m. because they lived in an off-grid area and had no electricity.

“I was affected by the fact that people lived without electricity,” recalled Boero, president of the Italian Chamber of Commerce (ICC) here.

Over 16 million Filipinos have no access to electricity, according to a research by the Philippine Institute for Development Studies in 2013. Most of them live in far-flung areas outside the scope of power companies. Very poor communities also could not afford electricity.  The same may be true with the rest of the world as social enterprises seek to bring solar power to three billion citizens who have no access to electricity.

Seeking to help the Philippines, Boero sought to improve the solar lamp showed him by his business partner Carlo Moletti.

Boero, who specializes in business development and design management, tweaked the style and the packaging of the solar lamp. He changed the casing from frosted PVC to a transparent material and leveled up the solar panel. The original version lit up for three hours. The improved design allowed the solar lamp to light for five hours. It has a life span of five years.

“Fishermen in Lake Sebu can  attach it to their banca so fish can come up,” Boero said. “Just inflate the lamp, and leave it under the sun or by the window. There is a dimmer, bright light and emergency light.”

He added, “People can be more productive and students can study well. It can  help to bring a better life. The solar lantern is also handy in disaster preparedness. In case of earthquake or flood, you can inflate it and it can float on the water.”

Three years ago, Boero co-founded Sunny Sunny Story, a social enterprise; it invites donors, organizations  and nongovernment organizations to purchase the solar lamps and donate them to energy-poor communities. Some of the early clients were the United Nations Philippines, Net Group and Rotary Makati.

Plans are afoot to serve the energy-deprived communities of the Middle East.

“Regardless of the race or religion, people who live in the dark need to be helped,” Boero said. “I want to reach everyone from Marawi to Palestine. We have brought some light to Tawi-Tawi.”

Earnings are devoted entirely to the production of the solar lanterns and business operations.

Sunny Sunny Story is a reflection of Boero’s passion for arts and design. As a specialist in business development and design management, he works with designers and entrepreneurs to create beautiful, profitable and sustainable projects.

Aside from Hacienda Crafts, he has collaborated with designer Lulu Tan Gan in developing her piña collection. The design store W17 was also a client.

As ICC president, Boero spearheads the Venice Film Festival here; it was launched last year at Megaworld’s  Venice Grand Call Mall in Taguig. This year, the film festival will be held in November at Ortigas central business district and Taguig.

Colleagues question why Boero is advancing movies when the ICC’s focus is business. “The Venice Film Festival here is a passion,” he explained. “Art and culture are part of Italy’s DNA. We can’t separate them. We promote the country and the culture which are a stake of our business. Design is the foundation for the industry that we’ve managed to create.”

How is art related to his solar lamp advocacy?

“Design is about how you can transform an item that was meant for one thing into something that can help people. In design, the human being is at the center of attention. My solution is to help people in a sustainable and respectful way.” –CONTRIBUTED