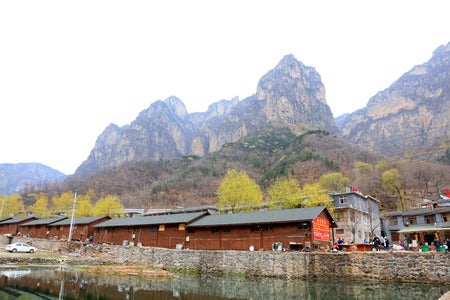 One student has started selling ice candy at a tourist spot so he can earn enough money for his tuition and help in his father’s medical expenses.

The student, known only as Zhao, has to sell around 7,000 iced candies this summer break just so he can make ends meet. According to Cztv.com via South China Morning Post last July 17, Zhao scored 520 points in his college entrance exam this 2018, thus giving him the eligibility to enroll in a university.

But despite this achievement, Zhao faces bigger stumbling blocks along the way. His father is too sick to make a living, and needs 1,000 yuan (almost $148 or P8000) every month just for his medical treatment. On the other hand, Zhao’s younger brother just started attending third grade.

His mother is the only breadwinner in the family, and Zhao’s selling of ice candies comes as support to earn money for their family’s underprivileged state. Zhao was willing to work at the Yuxi Gorge Scenic Spot in Henan province, but since he’s under the age of 18, was not given a  job.

The tourist spot’s manager, Xie Kang, however suggested to Zhao to sell the refreshments. Although the management banned peddlers before from selling their wares around the area, Xie Kang decided to make Zhao the exception.

Many people have since come forward and donated money to Zhao, although Zhao himself refused the donations as he is determined to make money on his own.

“These donations put a lot of pressure on me,” Zhao was quoted as saying after appealing to people to stop giving him donations. “I hope to earn money by myself.”

On a normal day, Zhao sells more than a hundred ice candies, earning him more than 100 yuan (almost $15 or P800) each time. Cody Cepeda/JB

Jaymee Joaquin’s comeback after breast cancer: ‘To the dreamers, never give up’

To save his school, amputee-refugee climbs Mount Everest