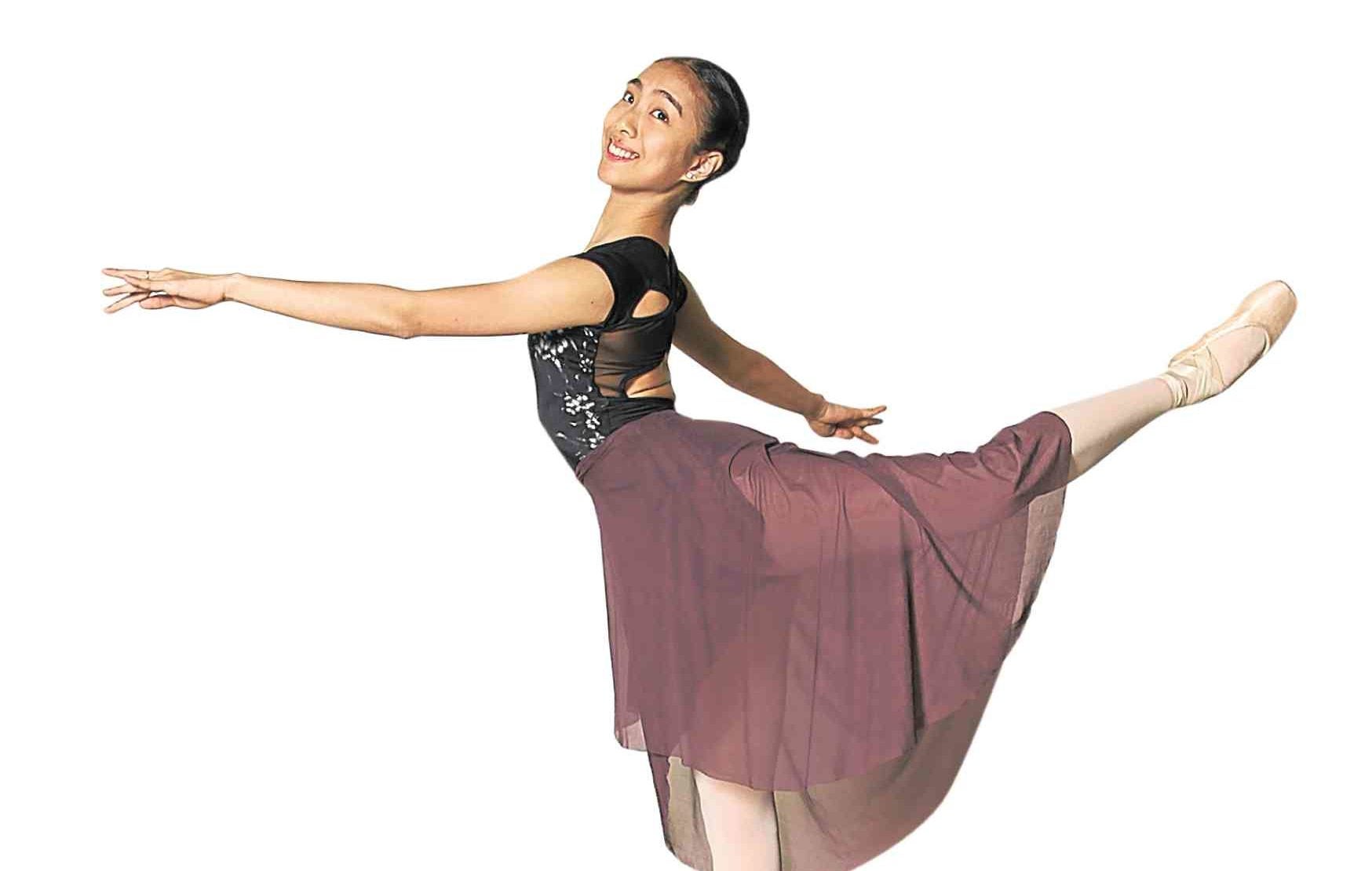 Veronica Atienza says she has matured after the intense work for the competition.

‘Merry Widow’ back by popular demand at CCP

Choreographed by artistic director Ronilo Jaynario, “The Merry Widow”—originally an operetta-turned-ballet is about an imaginary Balkan country, Pontevedro, which is in dire straits. In order to keep the money in the country, its ambassador, Baron Mirko Zeta, works out a plot. He sets up the wealthiest widow, Hanna Glawari, with the dashing but drunkard Count Danilo Danilovitsch.

However, there are side scenes which get in the way of their love.

Atienza and Abrogena are in their early 20s, an age when they’re coming to grips with adulthood and are still developing their artistry as ballerinas.

They may seem too young for a sophisticated role like Hanna. Jaynario recalled that when Atienza played Gamzatti, and Abrogena portrayed Nikiya in “La Bayadere,” they were spontaneous in their rivalry over Solor. Jaynario has faith that they can again tackle “The Merry Widow” with conviction.

Atienza made news recently when she received the Special Jury Encouragement Award for the Senior Category at the 2018 USA International Ballet Competition (IBC) in Jackson, Mississippi. In 2016, she placed fourth in the World Ballet Competition in Florida.

Her biggest influence is Effie Nañas, former principal dancer of Ballet Philippines, who had not only trained Atienza since childhood but has also imparted work ethics. Although Atienza was shy, Nañas taught her to be brave in class and never tentative with her movements.

Other teachers have lauded Atienza’s natural gifts—long proportions, the arched feet and loose joints that allow a wider range movement. She nails her balances and grows larger-than-life in doing multiple turns.

Atienza received high rankings in competitions for her single-mindedness. The preparation is a year in advance. To focus on the IBC, she went on leave from school at De La Salle University, where she is a sophomore in marketing management.

Part of her success is that her family fully supported her endeavors. She adds that cross training at Elan Ballet and Pilates Studio has contributed to her strength.

She credited Panasiukov for imparting the taut style, the bravura and how to bring out the personalities of the gypsy Esmeralda, the innocent peasant Giselle, the goddess Diana, and the strong and darkly alluring Odile.

Two years ago, Panasiukov invited Atienza to join PBT. She debuted as one of the Big Swans in “Swan Lake.” Her solid technique earned notice for her show-stopping pas de deux in “Diana and Acteon.”

After the competition, Atienza chose not to go to the job fair for foreign companies. She remains loyal to PBT. “It’s very classical,” she said.

Still, how could she act out a love story when her life revolved around home, school and ballet?

“It’s different when I’m onstage,” Atienza replied with a giggle.

Jaynario attested that Atienza instinctively taps into her emotional core.

On psyching herself up for any role, she said: “I internalize everything. I practice at home in front of the mirror with expressions.”

However, to study Hanna, she first watched “The Merry Widow” on YouTube.

Buczko is more understanding of his young partners. He mentioned a similar situation with Paulina Semionova, principal with the Staatsballett Berlin who, despite her sheltered life, performed the lead roles in love story classics. She learned her character’s stock gestures before creating her own style.

First, it’s about technique. Then, as she matures, it’s the details,” he said.

Buczko approaches his role like an actor—dissecting the character, knowing the objectives and finding the keys to emotional preparation.

He was artistically revitalized after working as choreographer next to English director Irina Brook in Gounod’s “Romeo et Juliette” at Opéra Nice Côte d’Azur. He’s applying what he’s learned in his redux of Danilo in “The Merry Widow.”

It’s about working on specific moments, explaining a situation, what a gesture means and where it’s coming from, how one reacts, being more natural with the emotions instead of just repeating movements, he said.

Buczko added that he’s still discovering nuances in his role and filling in gaps. “I missed explaining why I’m doing certain things: Why is Danilo walking here and going back? I analyze those moments so that I can make things seamless.”

He cited that Danilo goes through several moods: the elation of a drunkard who gets excited on seeing his former lover again; the hurt from rejection; and his ultimate declaration of unconditional love.

He likened his approach to the intense concentration of Butoh dancers, whose spirit and intensity come across even in stillness.

“In ballet, you’re immersed in this emotion, never losing it,” he said.

When we watched rehearsals, Buczko was not into tricks but for effortless execution of style that was imbued by his finely-tuned characterization.

With years of partner work, his lifts seemed like second skin. Despite performing for two shows a day with two different leads, he’s able to maintain his stamina.

He cross trains with high-intensity interval exercises using an app.

“The lifts are less tiring. I’m not putting stress on my bones which causes injuries,” he said.

His performing skills were honed by spending a decade with the Staatsballett Berlin. Today he enjoys the freedom of a freelance artist despite the variable workload and income. He savors learning from different people in every project instead of being stuck with the same company members for the entire season and getting cynical about it.

After PBT, he will play Conrad in a Japanese production of “Le Corsaire.”

Aside from leads, ballet master Anatoli Panasiukov, fondly called “Papa,” is credited for keeping the dancers enthusiastic. The sixty-something artist maintains the elegant, classical lines and delivers an authoritative performance. He will reprise his role as Baron Zeta.

Asked why he has dedicated 23 years of his life to PBT despite other offers, he answered, “It’s been like a family to me.”