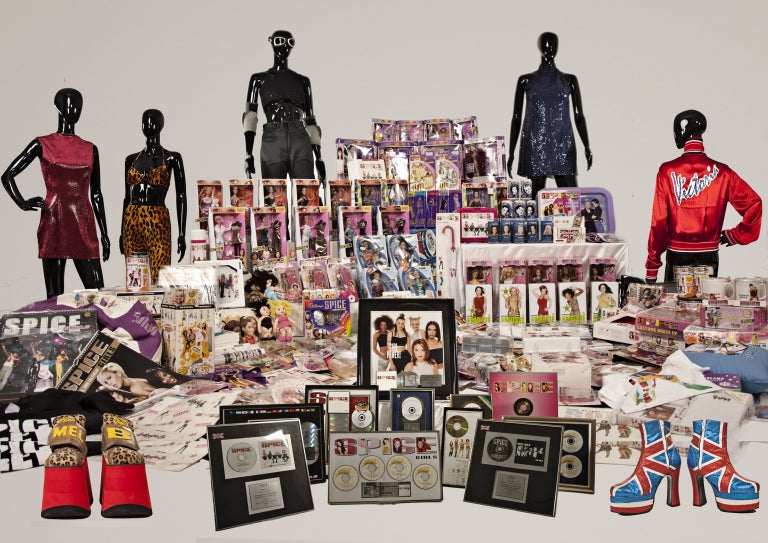 ‘SpiceUp London’ to give Spice Girls fans what they (really, really) want

An exhibition devoted the the Spice Girls is opening this week in London, with hundreds of iconic costumes and memorabilia set to go on display, to the delight of fans.

“SpiceUp” describes itself as the biggest touring exhibition of memorabilia related to the iconic British girl group of the 1990s, and after its highly anticipated run, it already has plans to land in Manchester.

In London, it is due to open on July 28 with a display of hundreds of costume pieces plus thousands of items of merchandise and memorabilia. Among the costumes will be Victoria Beckham’s “Wannabe” dress and Melanie C’s “Spice Up Your Life” costume as well as bespoke outfits from the group’s live tours. Merchandise includes an Aprilia scooter and Melanie C’s Pepsi and Walker’s Crisps costumes.

All of the members are likewise honored with their own “stage” featuring iconic clothing and memorabilia from their time with the band as well as their solo career, such as a white jacket Melanie C wore to the 2001 Brit awards, a dress Melanie B wore on “Dancing with the Stars”, leather cut-out outfits worn by Victoria Beckham to promote her first solo release, and customized sparkly Adidas trainers worn by Geri Horner (then Halliwell).

During the London show, the Spice Girls tribute isn’t limited to the exhibition itself: a Spice Girls-themed sightseeing bus tour will be making its way around the city, visiting locations that played a key role in the group’s history, all while playing the band’s famous tunes.

At the nearby O2 Academy in Islington, a live tribute show will take place on July 30, featuring performances of Spice Girls hits.

“SpiceUp London” runs from July 28 to Aug. 20, 2018. From there, it heads to Manchester, where it will be open from Aug. 24 to Sept. 4, 2018. Find details about the exhibition and all the related events at www.spicegirls-exhibition.com. JB