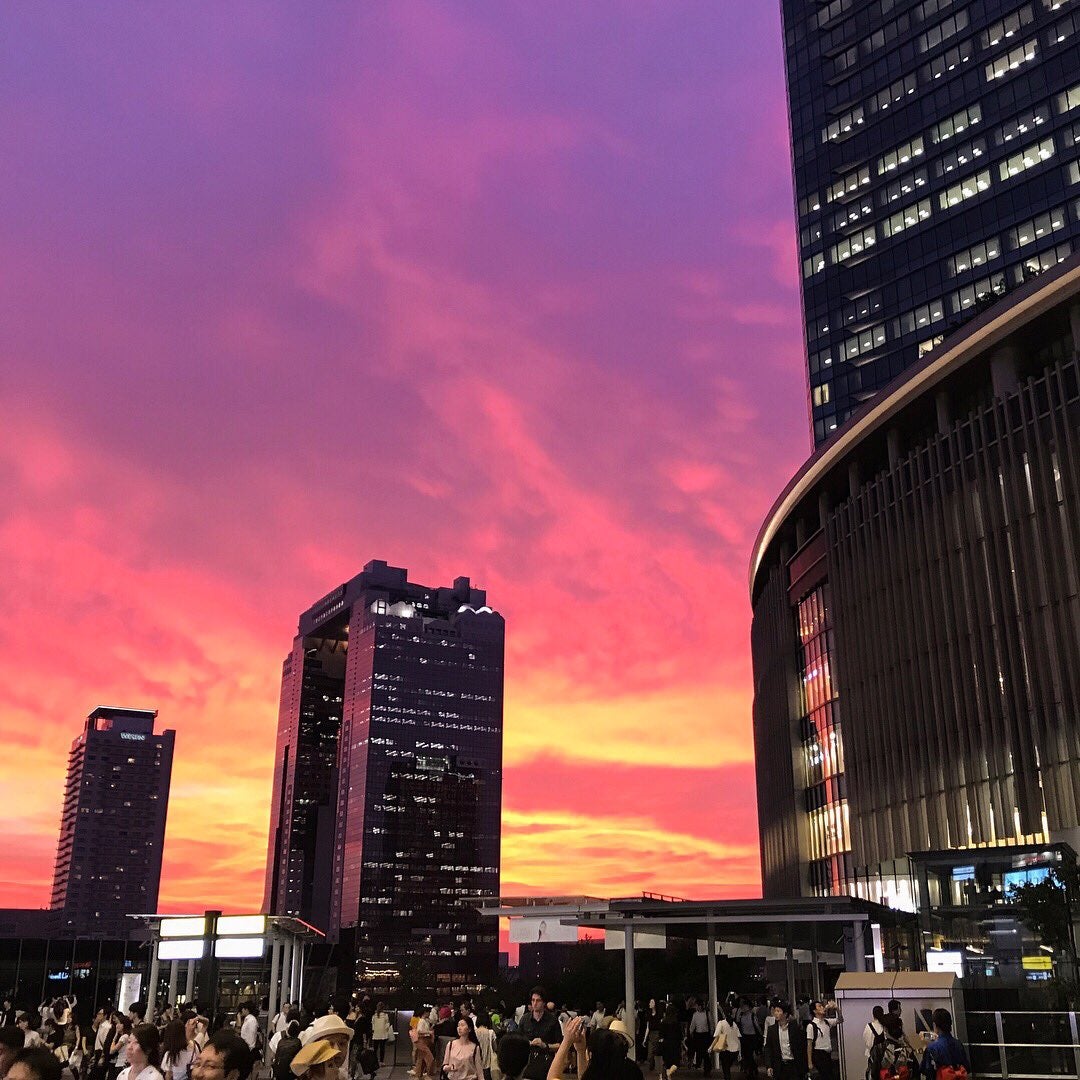 People in Osaka were greeted with a spectacular sight when the sun went down on July 25.

As the Japanese endure one of the hottest summer seasons to hit their country, people in Osaka were given a brief respite as the July 25 sunset painted the heavens with various shades of red and purple.

Swiss national and entrepreneur Tugi Guenes captured the painting-like scenery on video as he exited the Osaka subway station. Guenes described the event as someone opening “the gates of hell.” He may be permitted to think so considering how the bright sunset-lit sky framed by tall buildings looked ominous. Meanwhile, several people on the street occasionally stopped in their tracks to stare in amazement and take snapshots with their smartphones.

When you leave the station and someone just opened the gates to hell 😱 #Osaka #Sunset pic.twitter.com/dU7yjEKoaf

Other Twitter users who captured the sight on photo like Reen (@ReenHillmin) thought the red-and-purple sky was a thing of beauty.

With the sun out to light up another part of the world, residents and tourists alike went on with business as usual. Some may have even dropped by a local restaurant to try out the new Osaka specialty, the “Gyoza dog.”  /ra