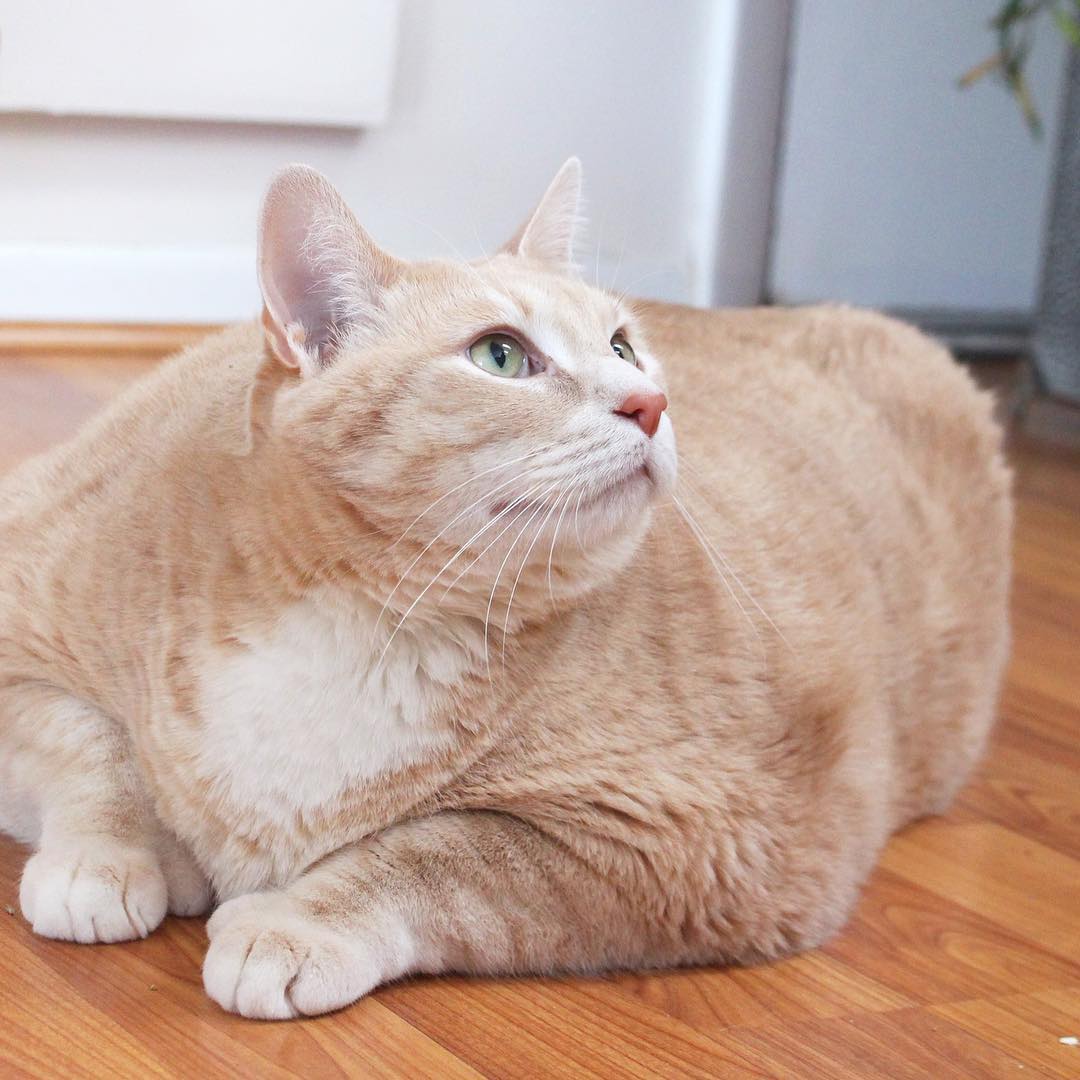 A 33-pound (almost 15 kilograms) male fat cat got placed under a strict diet after getting adopted from a shelter.

Three-year-old Bronson the tabby weighed in at 15 kilograms and had a belly which measured 32 inches. Bronson had been dropped off at the West Michigan Humane Society in May after his previous owner passed away.

Animal shelter volunteers speculated that Bronson had been overfed with carbohydrate-heavy kibble, which may have led to his enormous size. Blood tests also revealed the cat didn’t have any health problems, as reported by Daily Mail.

Bronson didn’t stay long at the shelter because in the same month, couple Mike Wilson (35) and Megan Hanneman (29) fell in love with him and took the cat home. The couple had been hoping to find a kitten but chose to adopt the puffy Bronson instead.

Wilson and Hanneman were also fortunate to have the shelter’s confidence due to their line of work; the couple designed furniture for cats.

As soon as Bronson arrived at the couple’s residence, the cat was placed under a strict 375-calorie diet. His current diet consists of wet, grain-free, low-fat cat food. Thanks to this, Bronson lost around over 600 grams since getting adopted.

Although Bronson’s weight-loss regimen appeared to be working, Wilson and Hanneman are still worried for their adorably fat feline. A vet visit found that Bronson had broken one of his teeth and needed to be pulled out. Unfortunately, the cat is still too fat for anesthetics to take effect. The couple hoped that a few more months of dieting would let Bronson slim down, enough to have the tooth pulled out.

For pet lovers who want to witness Bronson’s journey to a healthier physique, you can check out his Instagram and Facebook pages for updates.

Wilson and Hanneman have also uploaded cute videos and photos of Bronson, just being his adorable fat self. JB