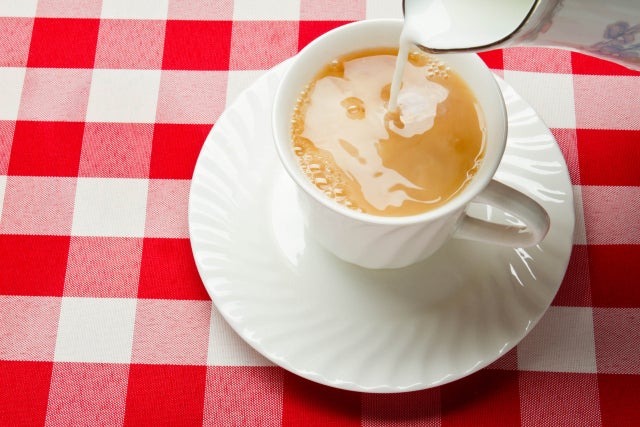 Should milk go in a cup of tea first or last? Image: AFP

Britain’s storm in a tea cup settled: The milk goes in last!

Although many cultural debates may be brewing in Britain, it appears that one age-old bone of contention has been settled: Should milk go in a cup of tea first or last?

Drinking tea is considered one of Britain’s favorite past-times, but its rituals have divided connoisseurs for centuries, and served as a social class marker.

The most contentious issue has been when to add milk, but a poll published Tuesday reveals that four times more Britons believe that it should be poured in at the end, rather than the beginning.

The split was even more marked across the generations, with 96 percent of 18-24 year-olds believing it should be added first, compared to 32 percent of over 65-year-olds.

The issue was tackled by author George Orwell in his 1946 essay “A Nice Cup of Tea”, where he wrote “indeed in every family in Britain there are probably two schools of thought on the subject”.

It was believed to have class connotations, with the aristocracy showing off their expensive china cups by adding boiling water first — a practice that would reputedly shatter cheaper vessels.

But the latest poll indicates no preference according to class, with the middle and working classes both equally likely to add their milk in first. AB