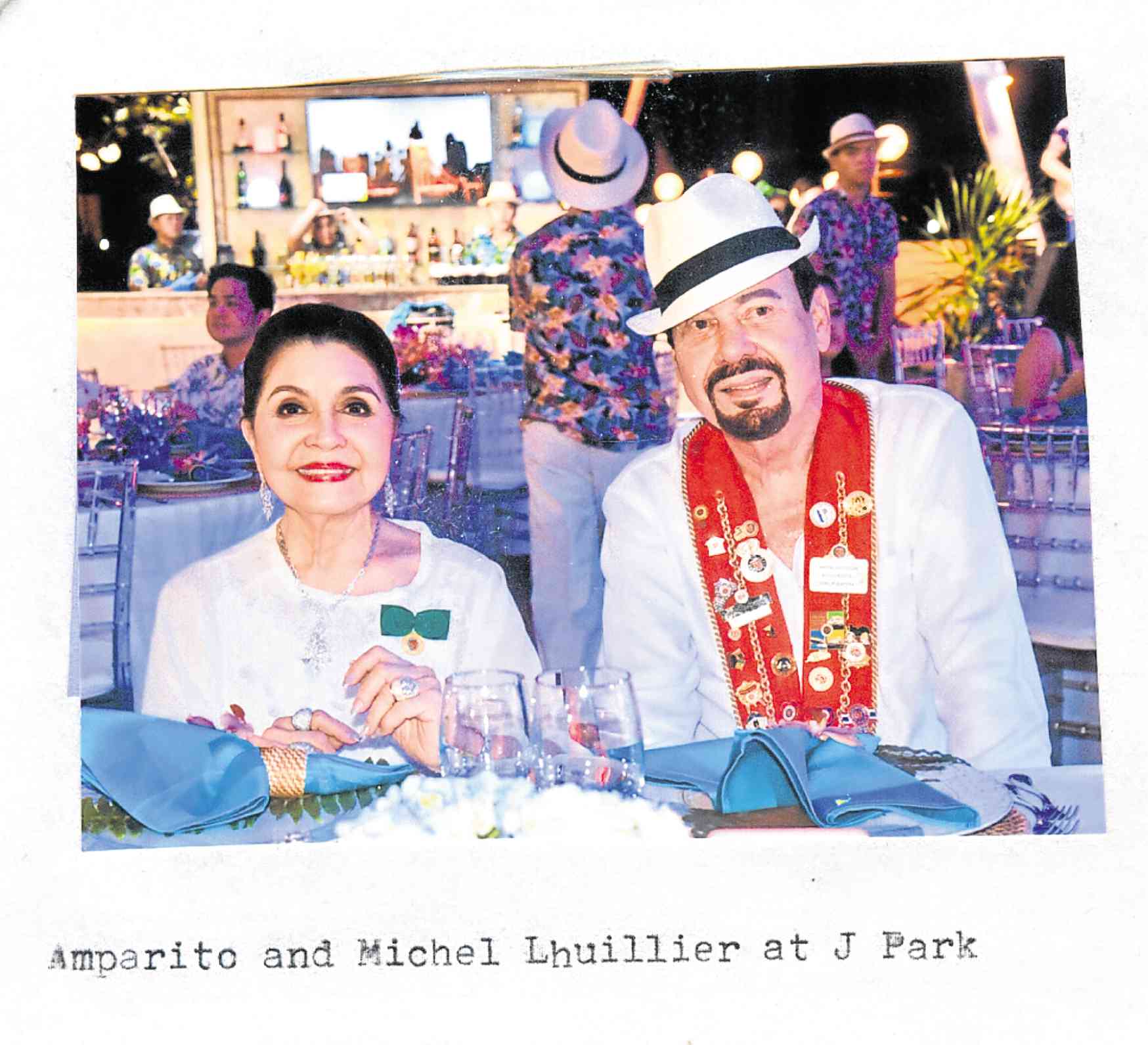 A starry night in ‘Tropical Havana’ 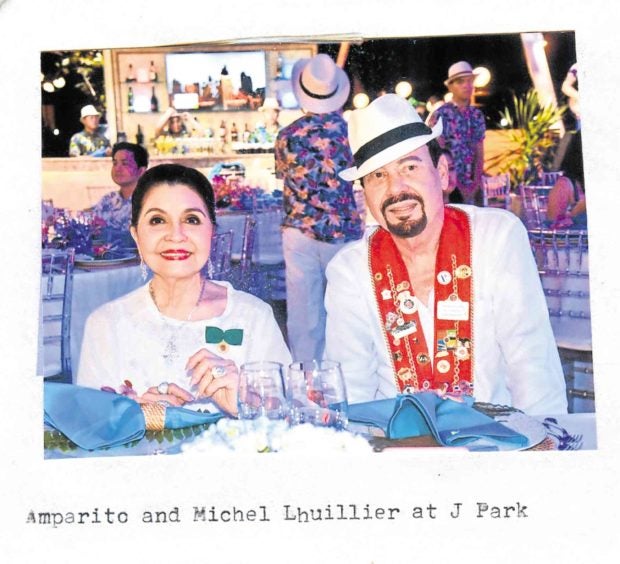 The Cebu chapter of La Chaine des Rotisseurs held a fellowship dinner at J Park Island Resort and Waterpark in Mactan. Theme was “Tropical Havana,” which meant the men were in all-white outfits, and the ladies in colorful floral prints.

It was a starry night of cloudless clime, as Lord Byron would have said, perfect for the al fresco setting with iridescent lights and lively music.

Charmed by it all and expressing their appreciation were Michel Lhuillier, who heads La Chaine in the Philippines, and his lovely Amparito Llamas Lhuillier who presides over the Cebu chapter.

It was indeed a splendid setting and the gastronomy spread out, especially the seafood, was of the first magnitude.

Next event for La Chaine in Cebu was “Una Noche de Fiesta” on Aug. 1 at the Casino Español de Cebu. It was an informal fellowship dinner with a Spanish theme.

On Aug. 1, cocktails and canapes started at Salon Granada, followed by the buffet dinner at the ballroom, Salon de España. There were only 96 seats contrived most imaginatively by Teresin.

Still on a Spanish theme, as usual, it was a happy gathering during the luncheon of Amigos de España en Cebu held at the Casino Español’s Salon Barcelona.

Special guest was Spain’s honorary consul in Cebu Anton Perdices. He was introduced by Amigos president Myra Gonzalez y Osmeña who was glamorous as ever. Also present were vice president Susan Sala and treasurer Julina Muertegui. 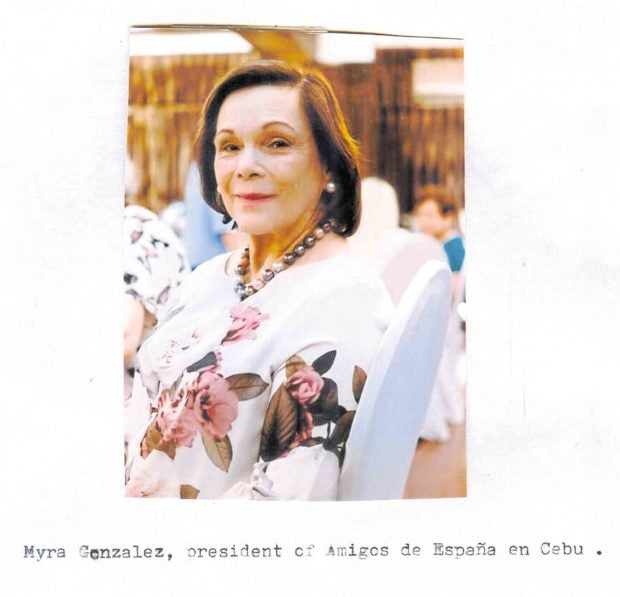 President emeritus Amparito Llamas Lhuillier came with her sister Maritina Llamas Araneta who was spending a couple of weeks in Cebu. She lives in Las Vegas and is thinking of relocating back to the Philippines in the future.

They sat with Maricar Montilla, Ochie Pelaez who came from Cagayan de Oro for the occasion, Paqui Aboitiz and her sister Quina Melendez.

Honorary consul Anton appraised the group about the observance of Ferdinand Magellan’s voyage from Spain that started in March 1518, crossing the Atlantic, made its way down the coats of South America, and crossed the Pacific to end up in an archipelago which eventually was named the Philippines in honor of Spain’s then monarch, Philip II.

As we all know, that led Magellan to Cebu in March 1521. That will be observed in March 2021 as the 500th year since the discovery of the Philippines and the coming of the Santo Niño to Cebu, where it has remained. The basilica in His honor was built on the spot where he was found.

Magellan lost his life in Mactan, but his expedition was completed by Juan Sebastian de Elcano who returned to Spain. This is being commemorated as the first circumnavigation of the world by a single voyage.

There will be a big celebration on March 2021 to which Pope Francis has been invited, as well as King Felipe VI of Spain and his wife Queen Letizia.

At all these, the Casino Español de Cebu itself is involved in a series of events to mark its 100 years of existence in 2020. A centennial committee has been drawn led by club president Paco Jarque.

Various meetings have been held and more have been scheduled for the coming months. 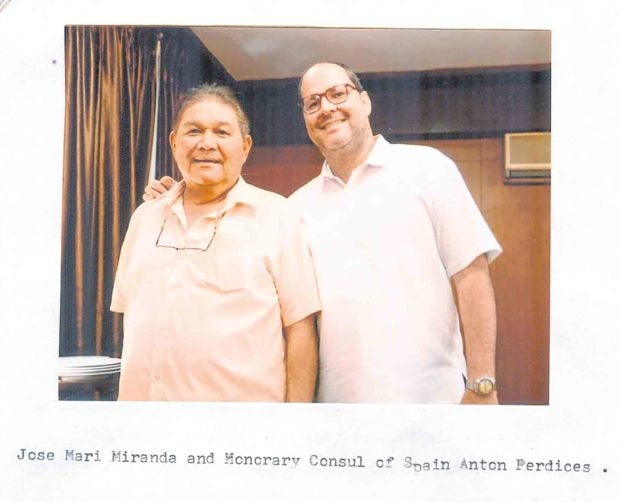