A bolder Josh Boutwood—this is it | Inquirer Lifestyle ❮ ❯ 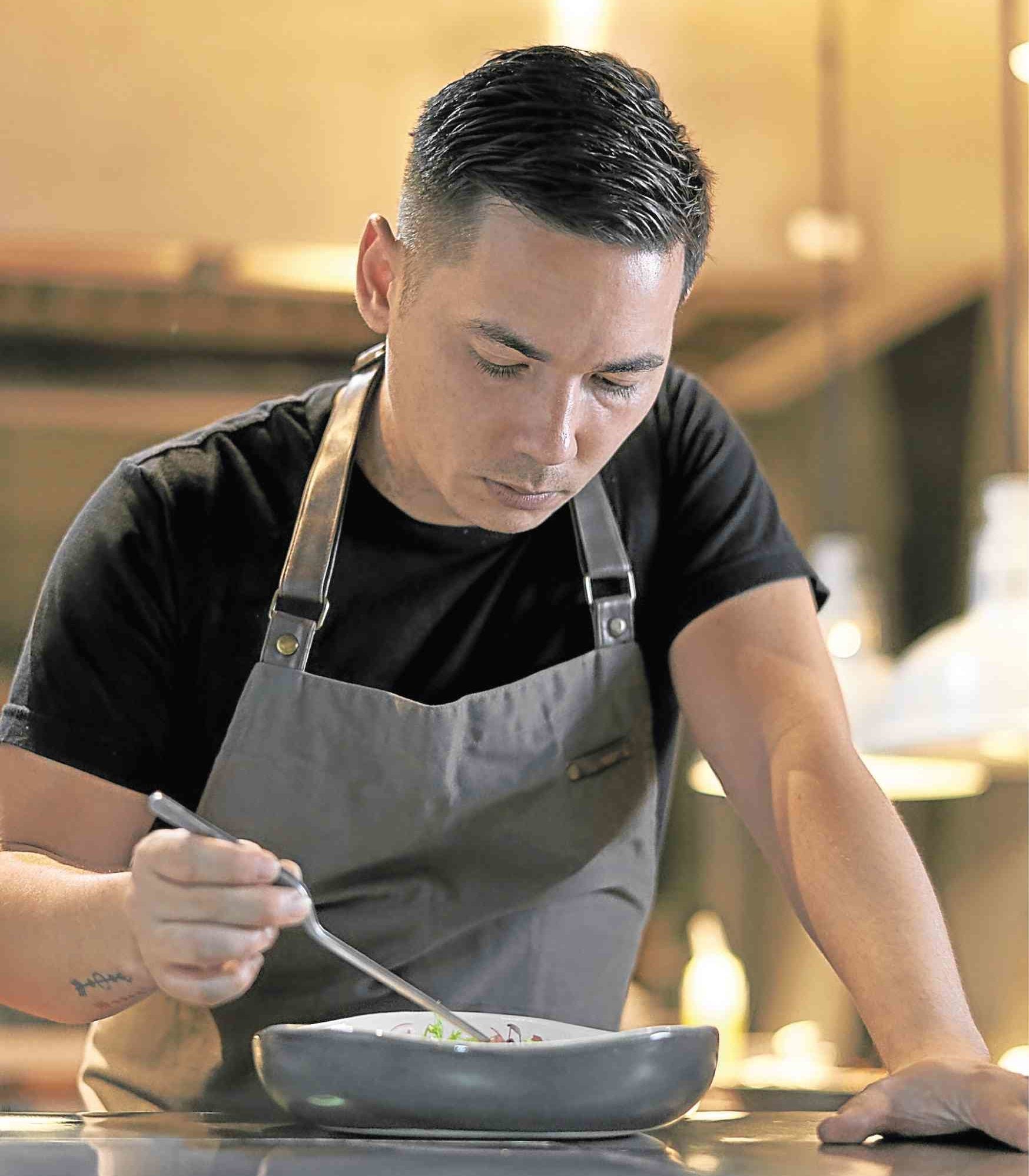 A bolder Josh Boutwood—this is it

It’s hard to tell what’s on Josh Boutwood’s mind. Three days before he opened Helm, his newest restaurant, he still had no clue what to serve his guests.

“I’m not a fan of consistency and I think everyone knows that,” says the talented young chef. “Those who’ve followed my career path know the different stages I’ve been through. I don’t want to be predictable. I want guests to say, ‘What has happened to Josh?’ Or ‘why is he doing this?’”

Yet, no matter how capricious he seems, one can always count on him for best results.

Case in point: The Test Kitchen, his playground of a restaurant on Kamagong Street in Makati. In this 22-seater, there is no menu. He and his formidable team use whatever ingredients are available.

There is lack of discipline, but it is exactly what drives him to create his most memorable dishes.

Boutwood’s latest project is no different. When he first told me about his dream restaurant five years ago, it seemed grand and ambitious, though nothing short of attainable.

He wanted to offer a different experience highlighted by a degustation that appealed not just to one’s palate but also to the senses, including sight and smell.

The original concept was to serve a single menu and have occasional thematic nights. He envisioned a U-shaped counter, which will allow guests to interact and speak to him. And there’s a bit of theatrics to amuse the customers as they dine.

However, these won’t be strictly followed at Helm.

“Because of the space allocations, we had to make a lot of changes,” he says. “We took away some elements of my concept and injected some that were not in the original plan. We had to change the orientation of the counter so it would not be too cramped for us. If we proceeded with it, we wouldn’t be able to move freely. It would be like working in a ship’s galley.

“Originally, I wanted bar stools, but we’ve now transitioned to comfortable chairs. We also raised the floor so guests can see us and the kitchen.”

But as an experienced chef who warmly welcomes challenges, he is used to—perhaps, even loves—rolling with the punches.

“What we’ve taken away, I’m not upset about,” he says. “The essence of the concept is still there. I’m happy with how it is shaping up, especially since we’ve gotten a lot of equipment that are in a lot of chefs’ wish lists.”

There’s definitely a lot riding on Helm since, as he admits, it’s the restaurant that defines who he is and who he is becoming. For someone who has always been quiet and private, introducing himself to the public in such an open manner speaks volumes of his evolving character.

We’re seeing a bolder Boutwood, who is more willing to work with local produce and all the challenges it brings. He used to be more of a purist and a selectionist, using only ingredients of a certain degree and quality.

“Our first offering is based purely on Filipino ingredients. It will take the diner on a journey to different regions of the Philippines, not in a way the dishes are regional, but where the ingredients are prime. You’re not getting Filipino food. It’s a cuisine not defined by culture, but by an ingredient,” he says.

“We will keep that menu only for four months. Then we will change to a different theme. I like the challenge of starting again. It pushes us harder.”

An artist should not be limited to the equipment he’s got. But give him equipment and imagine what he can do.

Helm has a well-furnished kitchen (3,000-watt induction stove, an elusive Paco Jet and the Big Green Egg), allowing Boutwood to produce an eight-course menu that showcased his best.

“You don’t go to this kind of restaurant every day. You’re not gonna come here just because you’re hungry. We want to make sure that each time will be special,” he says.

For Boutwood, it’s more than just the menu—it’s the experience.

As the name suggests, this restaurant hopes to define and redefine a number of things. “To establish the direction in which the Bistro group and I want to go to, push the boundaries of what value for money can give you, set what we as cooks can possibly contribute to an experience, and inspire the industry to do better.” —CONTRIBUTED

Helm opens to the public on Aug. 21. It is located at G/F, The Plaza, Arya Residences, McKinley Parkway, Taguig.