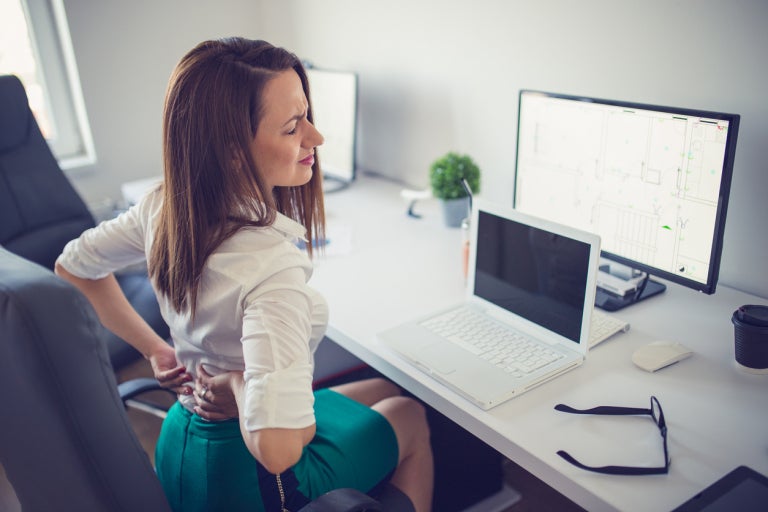 Regular, active breaks could counteract the effects of a sedentary lifestyle

A new review has found that alternating prolonged periods of sitting with regular breaks to get up and move around could help to offset the negative effects of a sedentary lifestyle.

Carried out by researchers at the University of Otago, New Zealand, and the University of Prince Edward Island and University of Guelph in Canada, the review analyzed 44 studies which had recruited healthy males and females of all ages, to compare the impact of prolonged sitting for up to 24 hours against interrupted sitting, using various health markers.

These markers included postprandial glucose (glucose measured after a meal, a spike in which can indicate difficulty in metabolizing carbohydrates and producing insulin), insulin (high levels of which can indicate insulin resistance and contribute to conditions such as diabetes), and triglycerides (a fat lipid in the blood, which is an important marker of heart health).

The researchers found that compared to prolonged sitting, taking regular breaks to perform short, repeated bouts of activity lowered concentrations of blood sugar and insulin in the bloodstream for up to nine hours after a meal.

Concentrations of triglycerides in the blood also decreased, although this effect seems to be delayed, only occurring 12 to 16 hours after the activity.

“The current physical activity guidelines to sit less and move more apply to everyone,” said study author Dr. Meredith Peddie. “Most of us spend about 75 percent of our day sitting or being sedentary, and this behavior has been linked to increased rates of diabetes, cardiovascular disease, some cancers and overall mortality.”

“We should all be finding ways to avoid sitting for long periods, and to increase the amount of movement we do throughout the entire day,” she added.

Dr. Peddie addded that the most interesting finding from the review is that the levels of the reductions in blood sugar, insulin or fat do not appear to be affected by the intensity of the activity performed, what you have eaten, how old you are, or how much you weigh.

However, the authors did note that more research is needed to identify the most beneficial timing, duration and mode of activity break.

The findings were published online in the journal Sports Medicine. JB