Varna prize-winning Katherine Barkman is a dancer in a hurry | Lifestyle.INQ ❮ ❯ 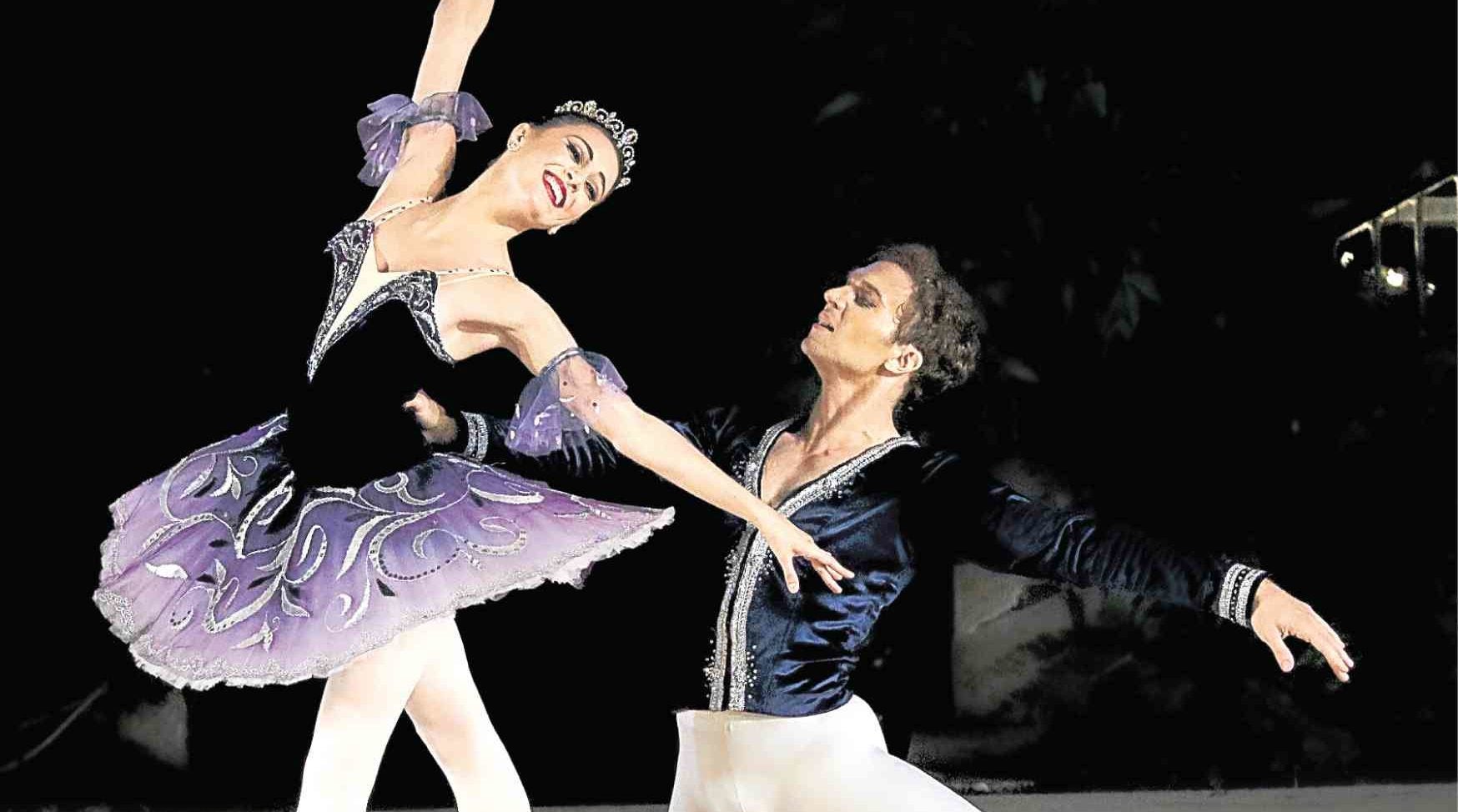 Varna prize-winning Katherine Barkman is a dancer in a hurry

Katherine Barkman, Ballet Manila’s (BM) American import, won the silver medal in the women’s senior category in Varna, the Olympiad of dance held in Bulgaria after which other dance competitions have been patterned. As a professional competition, Varna’s standards are stringent. No less than Varna jury president, Vladimir Vasiliev, dubbed as “God of Dance” during his Bolshoi Ballet days, congratulated Barkman.

A few weeks earlier, Barkman shared a silver medal with a dancer from Korea at the USA International Ballet Competition (IBC) in Jackson, Mississippi. This is an “Olympic-style” competition for young dancers.

When IBC jury president, John Meehan gave the medal to Barkman, he said, “Wow! Look how far you’ve come in one year.”

Meehan had seen her in the 2017 Moscow International Ballet Competition, in which she performed “Giselle Pas de Deux” with BM principal Rudy de Dios. Eliminated from the first round, she later cried on the bathroom floor.

Barkman said she learned her lesson. “I learned detachment. I can’t be attached to winning a medal.”

This year, she found joy in competing. “It was an experience of discovery, learning, creativity. Medals came simply because they weren’t my goal,” she said.

At 21, Barkman is a dancer in a hurry. Three years ago, Barkman, then 18, uprooted herself from the comforts of Pennsylvania to live in chaotic Manila. She was trained in the Russian Vaganova style
by Elizalde and became a good fit for BM.

Elizalde has been the proponent of the Vaganova style and teaching method, known for its athleticism, virtuosity and expressive quality. Where other teachers may have failed in training dancers with imperfect physiques, Elizalde has successfully trained them to meet ballet standards.

“Not all of my dancers have natural inclinations, but they can do three solid pirouettes, finish properly and maintain the stamina,” Elizalde said.

Barkman later represented BM in the Asian Grand Prix for young dancers and won the gold.

Then, without any performing experience, she was thrust into the title role of Paul Vasterling’s “Romeo and Juliet.”

Elizalde has sinced passed on to her ward her roles in such classics as “Giselle,” “Don Quixote” and “Swan Lake.”

After three years in the company, Barkman has decided to be BM’s guest artist, allowing her the freedom to perform for other dance companies abroad while appearing in BM’s performing seasons.

When Elizalde first worked with Barkman, she observed that the danseuse was so concerned about doing steps correctly but was clueless in approaching a role. Barkman tended to overthink her roles and over-rehearse her movements. The spontaneity that made a performer engaging was lost.

Elizalde explored ways to motivate Barkman into getting into character. As coach, she imparted to her how to change her attitude toward dance, teaching the logic for every stage action and let the enjoyment of the process become the focus.

She saw Barkman’s potentials and was able to wring out the best in her. Through detailed notes, the coach taught the young ballerina how to use dance as a vehicle with which to explore her inner life.

Barkman recalled that in her “Swan Lake” debut last year, she was obsessed with perfection. “Now, it’s about I’m going to do my best, but there is a bigger picture to look at,” she said. “It’s never going to be perfect. In a competition, there is a factor of who brings a lot of joy onstage. That’s the unspoken category.”

As a coach, Elizalde was gentle yet firm, always finding possibilities to raise the bar.

Barkman’s over training led to chronic lower back problems that affected her pelvis and neck. Three months before the competition, she underwent treatments with chiropractor Dr. Martin Camara. She felt significant improvements in balance, speed, solid pirouettes and jumps.

In Varna, the dancers performed at an open-air theater which was subject to the elements. Before the second round, the heavy rains pushed the show time from 8 p.m., to the wee hours of the morning. In that round, she performed “Le Corsaire” at 4 a.m., with lack of sleep and food. But she impressed the crowd with her speedy fouetté turns and brazenly nonchalant balances.

“Grand Pas Classique” was the pièce de résistance. She wove the most challenging balances, arabesques and pirouettes into lithe, fluid musical phrases.

“It showed her ability to balance, which put her on a class above the rest of the performers,” said Elizalde.

Patrick Dupond, former Varna gold medalist and now a jury member, saw “Grand Pas Classique” and was impressed. He said it was the exact version he that performed with Sylvie Guillem, another Varna winner.

Barkman is grateful to Elizalde who taught her the style that was passed on by the latter’s Russian mentor, Tatiana Udalenkova.

Barkman claimed she’s finished with her competition days. Like a free bird, she flies around the world to dance and comes home to Ballet Manila’s nest. —CONTRIBUTED