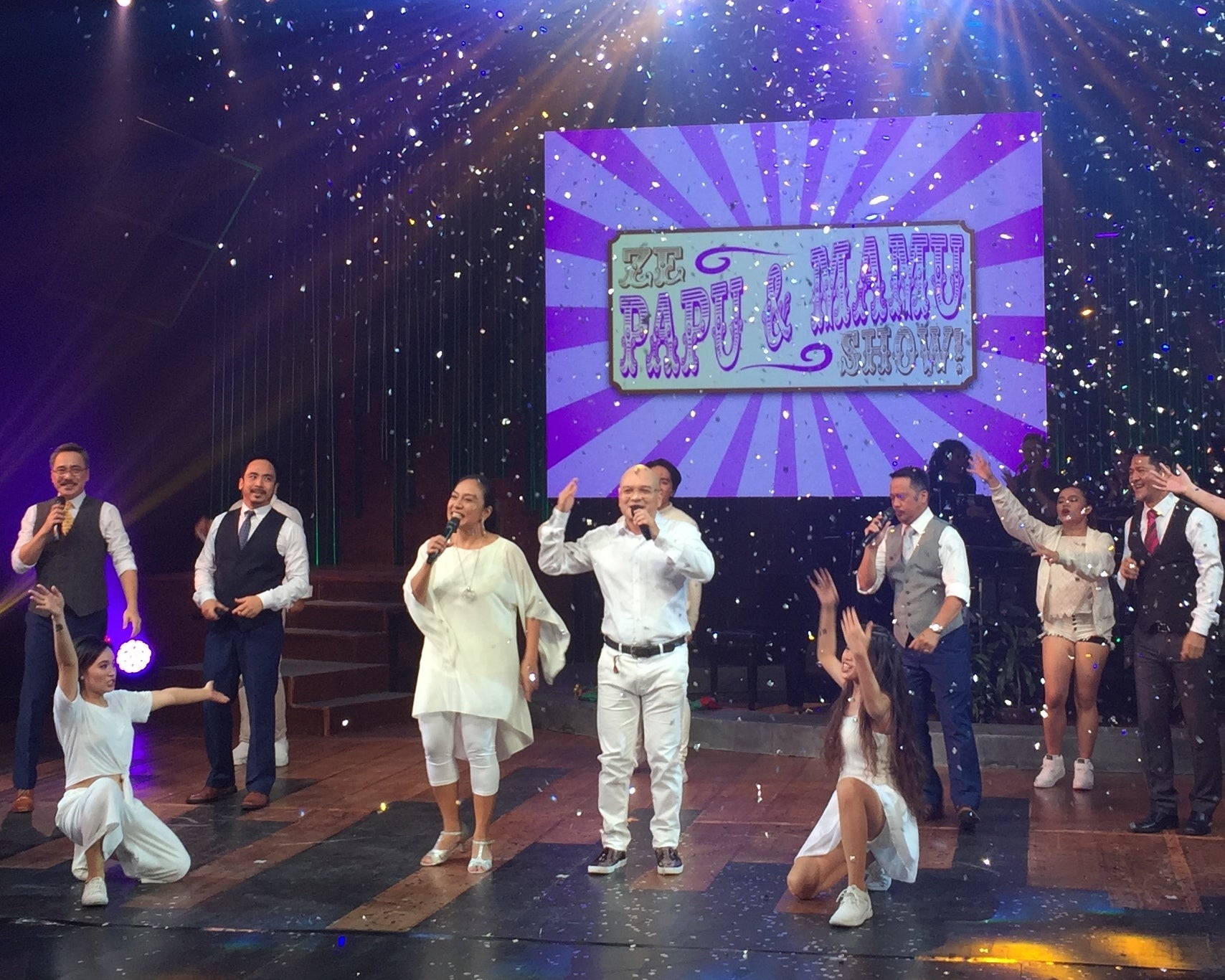 Stella Cañete-Mendoza and Juliene Mendoza take their bows at the end of their concert on Aug. 16, which opened this year’s Triple Threats series at the Cultural Center of the Philippines. PHOTO BY VG YU

If we’re shamelessly gushing, it’s because it was that easy to be swept away by the emotional current conjured by Juliene Mendoza and Stella Cañete-Mendoza during their concert on Aug. 16, opening this year’s Triple Threats series at the Cultural Center of the Philippines.

The playfully titled “Ze Papu & Mamu Show”—a nod to the couple’s terms of endearment—looked carnivalesque in the publicity material, echoing a variety show in a circus tent.

Prior to the MadMen, a gowned Cañete-Mendoza took to a raised platform and recreated, rather inventively, the famed “Happy Days Are Here Again/Get Happy” duet, singing the Judy Garland track alongside a black-and-white video projection of Barbra Streisand.

But the concert was so much more than just rowdy fun or audacious diva moments; it got the audience laughing, but also wrung a river out of them.

Two key moments: The first, a montage of the many stage productions that husband and wife have done and which celebrated their origins in UP’s theater landscape, set to a mash-up of The Dawn’s “Salamat,” downtempo, and “Remember Me” (from the animated film “Coco”). The latter was rendered largely unembellished—and all the more poignant—by Mendoza, the song snug within his range.

And then there was their stripped-down cover of Ed Sheeran’s “Perfect,” which recreated a snapshot of their wedding day. In its simplicity, the number became the evening’s flawless peak—like the best love stories, stirringly capturing the artistic couple as an image of tenderness and longevity.