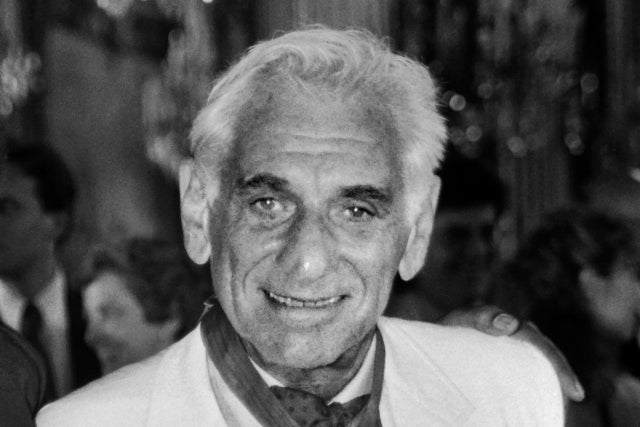 Top names in the classical music world are converging on the Boston Symphony Orchestra’s summer home of Tanglewood to celebrate the legacy of Leonard Bernstein on his centennial.

On what would have been the 100th birthday on Saturday of Bernstein, widely seen as musical history’s most influential US-born conductor, the Boston Symphony Orchestra will throw one of its biggest-ever galas at Tanglewood, its restful oasis in the Berkshire hills of western Massachusetts.

The orchestra will take the celebrations to France on September 15-16 with the “Boston Weekend” at the Philharmonie de Paris, playing Bernstein’s “Serenade” based on Plato’s “Symposium” alongside other works including symphonies of Mahler and Shostakovich.

The events cap a year of commemorations for Bernstein’s centennial that included the publication of a revealing memoir by his daughter on growing up with her larger-than-life father and a festival inspired by Bernstein at the New York Philharmonic, the institution with which the conductor is most closely identified.

Bernstein was born in Massachusetts and had a long association with Tanglewood, where he studied and conducted his final concert before his death in 1990.

Conductors for Saturday’s Bernstein celebration will include Andris Nelsons, the star music director of the Boston Symphony Orchestra, as well as leading American conductor Michael Tilson Thomas and John Williams, best-known as the composer of scores to “Star Wars” and other Hollywood hits.

The performance will be recorded by U.S. public broadcaster PBS for its “Great Performances” series to be aired later in the year, the Boston Symphony said.

The orchestra — which, like most U.S. cultural bodies, constantly works to secure funding — said that a gala dinner ahead of the concert raised $780,000 (almost P41.6 million), a quarter more than its goal.

Bernstein became the epitome of an orchestra conductor for many U.S. audiences as he lived out the music with a palpable intensity while wielding the baton.

Bernstein was also a major composer and the Tanglewood gala will feature selections from a number of his works such as his Symphony No. 3, a musical take on the Jewish kaddish prayer for the dead that was dedicated to slain president John F. Kennedy, and his popular musical “West Side Story.” MKH