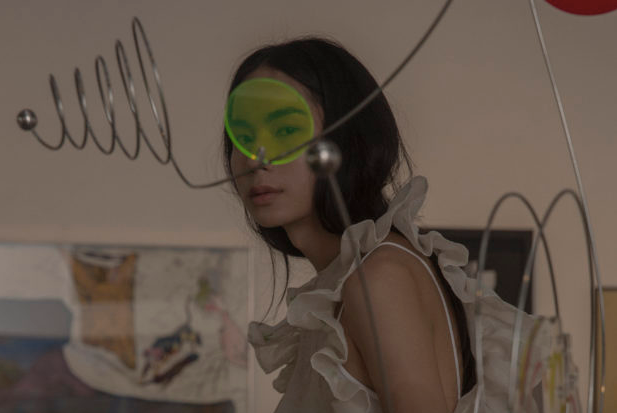 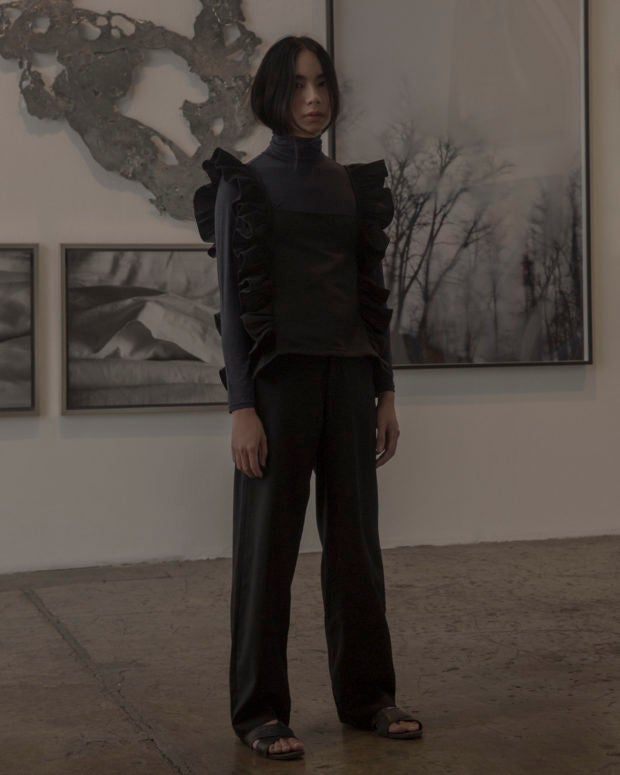 Gabbie Sarenas is making designer bibs. Yes, you read that right: bibs. Unlikely it may seem to you, but for Sarenas, an entire collection dedicated to the fashion piece comes from a natural evolution.

It started with an apron featured in an earlier collection. The designer noticed that the throwaway piece was quite the hit as people from various backgrounds ordered it. From then on, Sarenas, thought she was on to something: “I wanted to see what clicked with the audience first so I then made a bib in another collection. That also became a hit.”

She figured out easily the answer as to why this was so. Bibs offer so much freedom. Without the side seams, you do away with sizing. Anyone could wear it easily. And how would one wear it? That was also why the bibs are popular. One could wear it any which way they pleased: over a white shirt, on its own for those who dare, with jeans for an elevated casual look, or over a skirt for a formal occasion. With heels or in flats, on a normal errand day and on dressier occasions, Sarenas found that the bib worked in all of these scenarios.

So here it is, a collection featuring 15 different bib designs entitled “_________, Nagmamahal, ________”. As with any of Sarenas’ previous collections, the story behind this one is cerebral. It also is just another part of her elaborate love letter to the Philippines. For Sarenas, the flexibility by which a bib can be integrated into one’s wardrobe is also reflective of how each of us has a different way of looking at a piece of art. 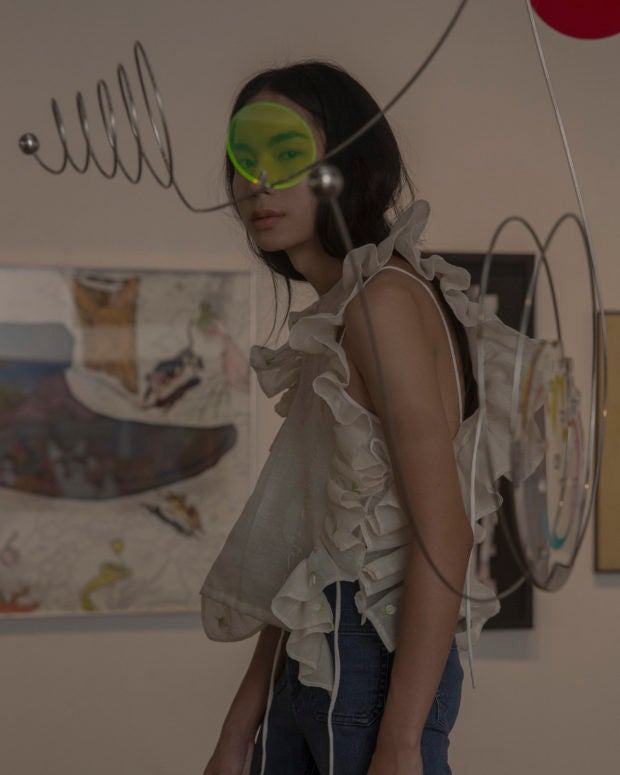 It also draws from a question Sarenas posited in a conversation about poetry. “In January, I was asked about my interpretation of a certain poem by Kaj Palanca,” says Sarenas. “From there I wondered ‘What is the last question you’d want to ask a loved one?’” She found that the answer to that has almost infinite possibilities and brought up various emotions, mostly of love, but there was also longing, anger, uncertainty and regret. And the love also saw different shades: paternal, romantic, platonic, among many others.

Around the same period, Sarenas encountered an article in National Geographic which talked about how Picasso’s work along with the other greats were declared masterpieces not only because of the skill that went into their creations. It was also for how their pieces always left room for interpretation for the reader. “I started to reflect on all of that and I found that my bibs were always just subject to different possibilities, depending on who is wearing it,” Sarenas says.

What was born is a collection of 15 different bib designs. The fabric Sarenas uses is also equally storied. Ten designs are rendered in piña, dotted with the label’s signature hand-sewn sampaguitas. Five pieces are rendered in hablon, a fabric native to Iloilo, made by its women. “I always work with local fabrics as that’s part of my brand’s DNA. I also want to challenge the way we look at these fabrics,” says Sarenas. “The way we use piña and other traditional weaves is always in formal, very stiff setting. With these bibs, the fabrics can be worn the way you want it, either to a wedding or even on an errands day.”

Ingenious also to Sarenas’ bibs are how they do away with sizing. Sans the side seams, bibs can be worn by anyone over anything and styled accordingly without much constraint. A feat when you consider how piña and hablon are often delegated as a novelty. Here, Sarenas has found a way for it to be an every day statement.

“___________, Nagmamahal, _________” will debut at this week’s ArteFino, with Sarenas completing the lookbook only just last week. It’s nerve-wracking and it’s also a very direct way to test the waters. But Sarenas wouldn’t have it any other way. “I’m launching it at ArteFino because it’s the perfect playground to showcase a genuine and honest process coupled with an innovative design.”