Junyee and the ‘Don Quixote approach’ to art | Inquirer Lifestyle 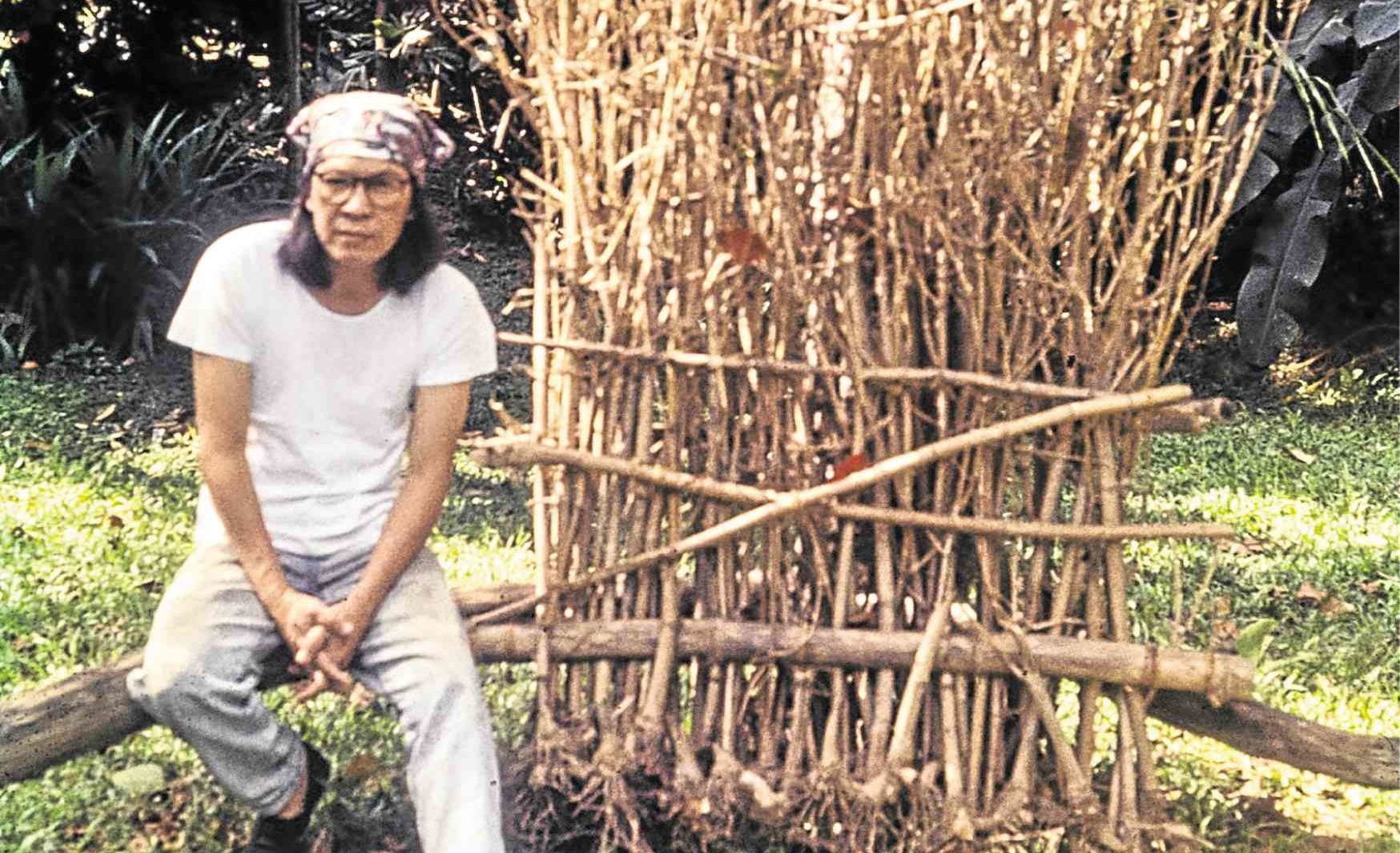 Quixote in the woods: the artist in the 1970s

Junyee and the ‘Don Quixote approach’ to art

I can be a social animal when I need to be, but I prefer solitude,” says Luis Yee Jr., better known as the installation artist Junyee.

“I like the idea of walking in the mountains and nobody in the world knows where I am or what I’m doing. It’s a kind of power to me,” he points out.

For the better part of his life, the artist has followed his solitary bliss, or what he calls the “Don Quixote” approach to art—forging on with one’s vision regardless of fame or fortune.

It’s only relatively recently that it’s begun to bear fruit.

“The main principle is to honor the 131 languages of the Philippines as identified by the Komisyon sa Wikang Filipino,” says Junyee. “But in doing it, it has become a big art project.”

The Batangas City monument is only the eighth Bantayog to be erected. Previous monuments have been installed in Antique, Davao, Bukidnon, Bataan, Mindoro and Kalinga.

By his reckoning, it will take him at least five years to complete the series of 131 monuments which will eventually stretch from Batanes to Tawi-Tawi.

Aug. 31 is also the opening of “Balag at Angud,” an original Filipino musical produced by Cultural Center of the Philippines’ (CCP) resident theater company Tanghalang Pilipino, based on Junyee’s life and struggle as an artist.

The musical takes its title from two of Junyee’s landmark installations: “Balag” (1970), arguably the country’s first formal art installation, done at the height of the First Quarter Storm in the University of the Philippines Diliman campus as part of a massive protest; and “Angud” (2007), which incorporated more than 10,000 individual sculptures, making it the largest installation in the country to date.

It’s rare for an artist to be so mythologized during his lifetime, specially one who has spent much of his life out of the public eye.

“In more than 50 years as a full-time artist, I’ve had only four one-man shows in galleries,” says Junyee. “Because most of my works were outdoors, my shows were at the CCP, the Metropolitan Museum of Manila, the Alliance Française.”

They were also ephemeral, existing only during a limited window of time, eventually being dismantled and the pieces put in storage.

“It might have been like that in the beginning, but not anymore,” notes the artist. “Now banks and hotels are commissioning artists to do permanent installations in their lobbies. I was the first one to make a permanent installation in the country, ‘Ugnayan,’ at the Parks and Wildlife in 2016.”

He says: “The character of installations as ephemeral art is still there in festivals, but there are more practitioners of installation art who are able to earn from their works. Installation art is now being taught in fine arts colleges, and even in the National High School for the Arts in Makiling. It is no longer just the province of ‘Don Quixote’ artists who don’t make any money.”

He adds that Filipino artists invited to the Venice Biennale—José Tence Ruiz, Lani Maestro and Mark Justiniani
—have all been installation artists.

Aside from his long-term Bantayog ng Wika project, he is also working on a sculpture garden on a 3,000-sq m property within the UP Los Baños campus.

Next year, Junyee will begin the first installation garden in the country, on a piece of land next to the Jorge Vargas Museum in UP Diliman, not far from where it all began in 1970.

At an age when most artists are slowing down and resting on their laurels, Junyee is experiencing a late-life creative surge.

“I am more active now than I have ever been,” he says. “I’m not just doing installations, I’m back to doing sculptures, paintings and monuments, because I am now free to do all the things that an ordinary artist does. If I had not gone full steam into installation art, I might have done those things already.”

Perhaps he is only reaping the benefits of the years he spent laboring in obscurity.

“I don’t have a lot of funding. I still follow the ‘Don Quixote’ approach to art. If I want to do something, I just do it.”