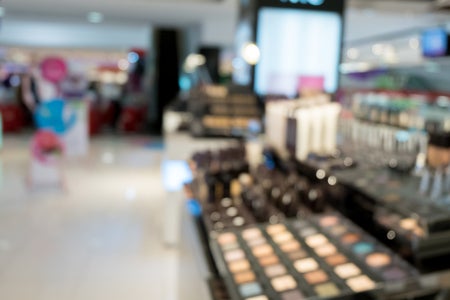 Two Chinese women ended up on the ground in an intense fight after a dispute over cosmetics at a duty free shop in South Korea.

The brawl at a Lotte outlet, as per the South China Morning Post on Aug. 28, was captured in a video by a bystander.  The two women — one in a black shirt and the other in white — hit and kicked each other. The two eventually fell to the floor where they pulled at each other’s hair.

Instead of trying to quell the scuffle, one of the women’s companion joined in on the fight and attempted to step on the opponent’s head. He, however, was hauled away by the bystanders before inflicting any serious injuries.

Netizens have since given their own take regarding the fight. “Not only did the man not try and pull his wife away, he joined in the fight,” one commenter was quoted as saying on Weibo, a Chinese micro-blogging site. “Better to not let them come home.”

Others wondered whether the two Chinese women were “buying agents” who were competing to buy the last of certain products for their own clients.

But the talks surrounding the embarrassing footage has gone too loud and compelled the Chinese embassy in South Korea to react. The embassy, in a statement, has since reminded tourists to follow the laws of the country they’re visiting, and to wait and behave “rationally” if certain shops are low or out of the items they desire.

Thus far, it is unknown whether any charges were filed against the women. It remains a mystery, too, if they were able to buy the make up they were vying for or not. Cody Cepeda/JB