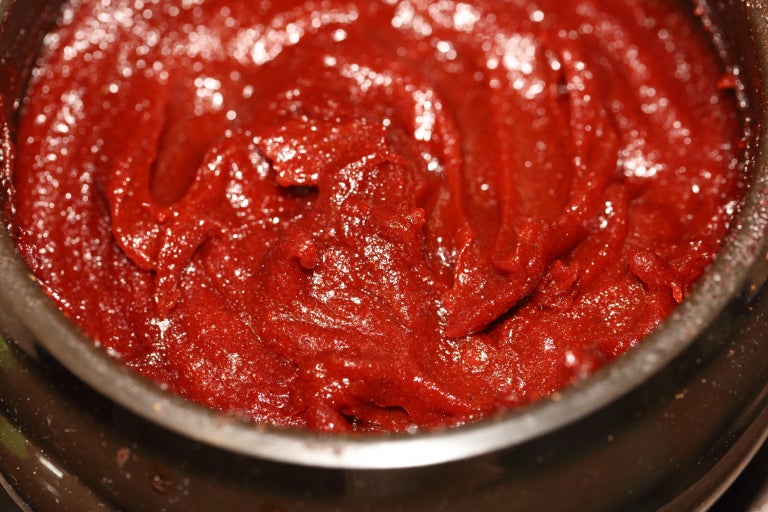 Scrabble players can up their game by playing a slew of new food words like avo, guac and hangry, now officially recognized by the gatekeepers of the English language at Merriam-Webster.

Of the 840 new entries added to the dictionary this month, editors note that words about food continue to be the largest source of “foreign borrowings” into the English language.

This month, they included words like iftar, the meal taken by Muslims at sundown to break their fast during Ramadan; and gochujang, the increasingly popular Korean chili paste making its way onto mainstream grocery store shelves.

Mise en place, a French term used in restaurant kitchens to denote the laying out of food prep before service, also makes an official appearance.

The traditional trajectory for new entries starts initially by specialists or subcultures, editors note. So while words like hangry and guac may have been common among certain groups, they only gain official recognition when they’ve entered “the general vocabulary.”

“Every word moves at its own pace; there is no average speed for a word’s acceptance into the language, the culture and the dictionary,” reads a blog post. “The dictionary’s job is to report that usage as it enters the general vocabulary. For each reader, some of the new words inevitably seem already familiar, but others will be encountered for the first time.”

Here’s a look at some other new food terms added to the dictionary. See if you already knew them all:

Hophead: a beer enthusiast
Flight: a selection of alcoholic drinks (such as wines, beers or whiskeys) for tasting as a group
Zoodles: a long, thin strip of zucchini that resembles a string or narrow ribbon of pasta
Mocktail: a nonalcoholic cocktail
Hangry: irritable or angry because of hunger
JB