Tom Ford looks back on his career with leather and lace | Lifestyle.INQ ❮ ❯ 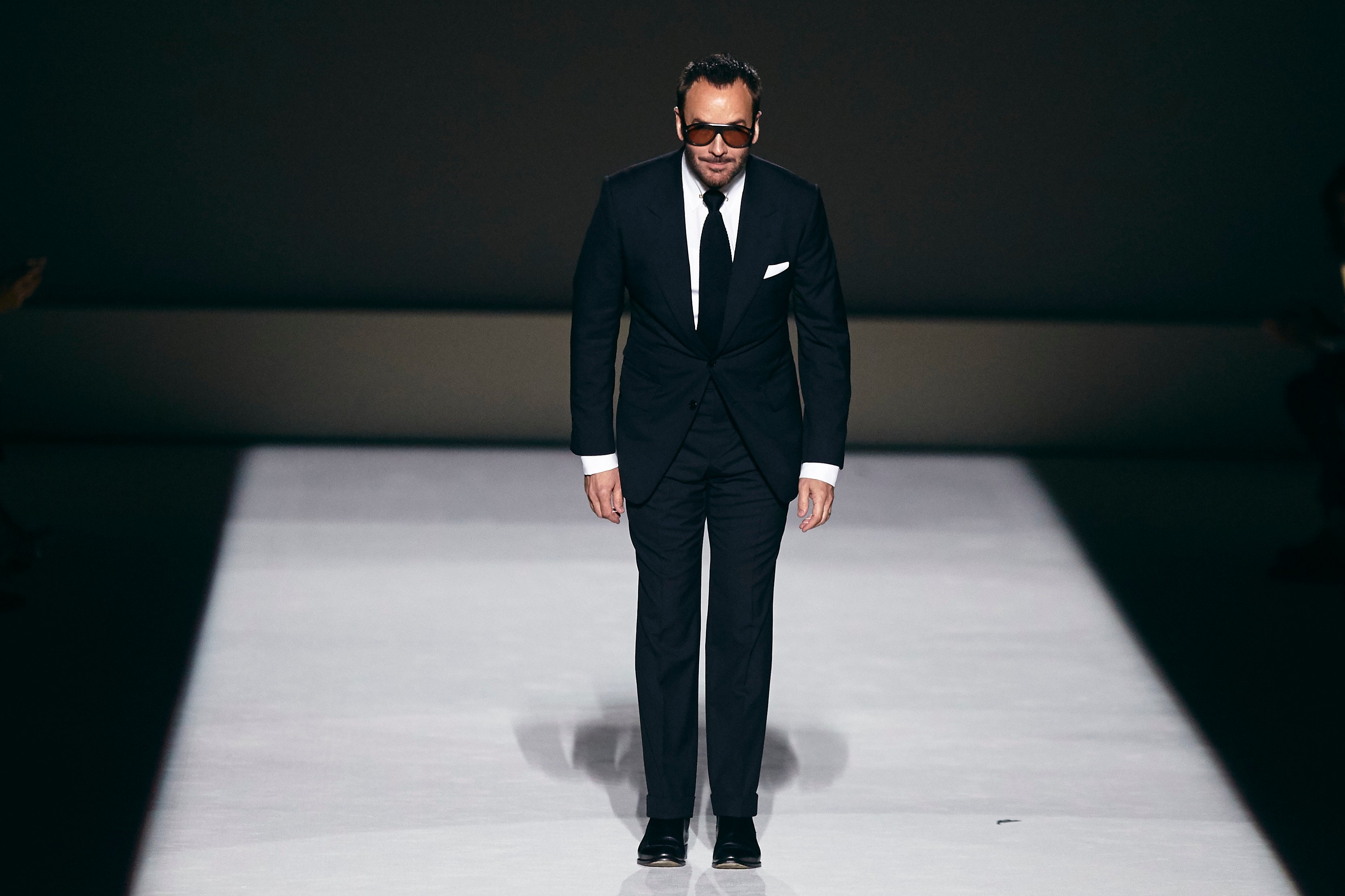 Tom Ford looks back on his career with leather and lace

NEW YORK (AP) — Gigi Hadid took a dramatic twirl on the runway and Cardi B took a seat on Tom Ford’s front row as he kicked off New York Fashion Week with a ready-to-wear collection that was both romantic and hard-edged.

The spring-summer looks for all genders had the designer looking back on his long career to the simplest reason he got into the business in the first place: “I wanted to make men and women feel more beautiful and to empower them with a feeling of confidence,” he said in show notes.

Ford made use of flesh tones, warm whites, powder blue, blush pink and the palest lilac with touches of lace and chiffon to achieve the soft and sensuous part of Wednesday night’s equation. He offered the structure of hard leather and the sheen of fake crocodile for toughness.

There was an abundance of black, including a dreamy caped dress worn by his closer, Hadid. Kaia Gerber wore a head scarf of soft taupe, while other models swished in silk fringe paired with printed crocodile bodices, tailored animal print corsets and halters with matching biker jackets.

For the men, tuxedo jackets came in metallics, a Ford signature. For the women, skirts hovered just below the knee, some in an asymmetrical design. A few loose dresses included leather corset detailing. And their shoes? Beautiful with the edge he was going for in metal caps at the toes and heels.

Henry Golding, who plays hunky Nick in the summer smash “Crazy Rich Asians”, wore a white tuxedo jacket. He and Tom Hanks flanked Vogue’s Anna Wintour, with Cardi nearby, her hair down but swept back, statement earrings in place as she showed off a form-fitting black gown to the ground after giving birth to Kulture Kiari in July. Paris Jackson, Hailee Steinfeld and Hanks’ wife, Rita Wilson, also attended.

Golding was celebrating the success of his rom-com: “It’s three weeks at the top. It’s pretty amazing so we’re blessed,” he told The Associated Press.

Cardi was happy to be out, but missing her Kulture.

“It feels good and it feels like, oh I want to go to my baby now… I wish I could take her everywhere,” she told the AP.

She said “little by little” she’s getting back into the swing of music, fashion and life in general, but it’s been tough.

“I’m struggling with it,” she said of the postpartum blues she’s been experiencing. “I miss her even when I’m, like, in another room away from her.”

Of her own fashion line, soon to be launched by Fashion Nova, she said look out.

Jeremy Scott and Tom Ford are being accused of sexual misconduct