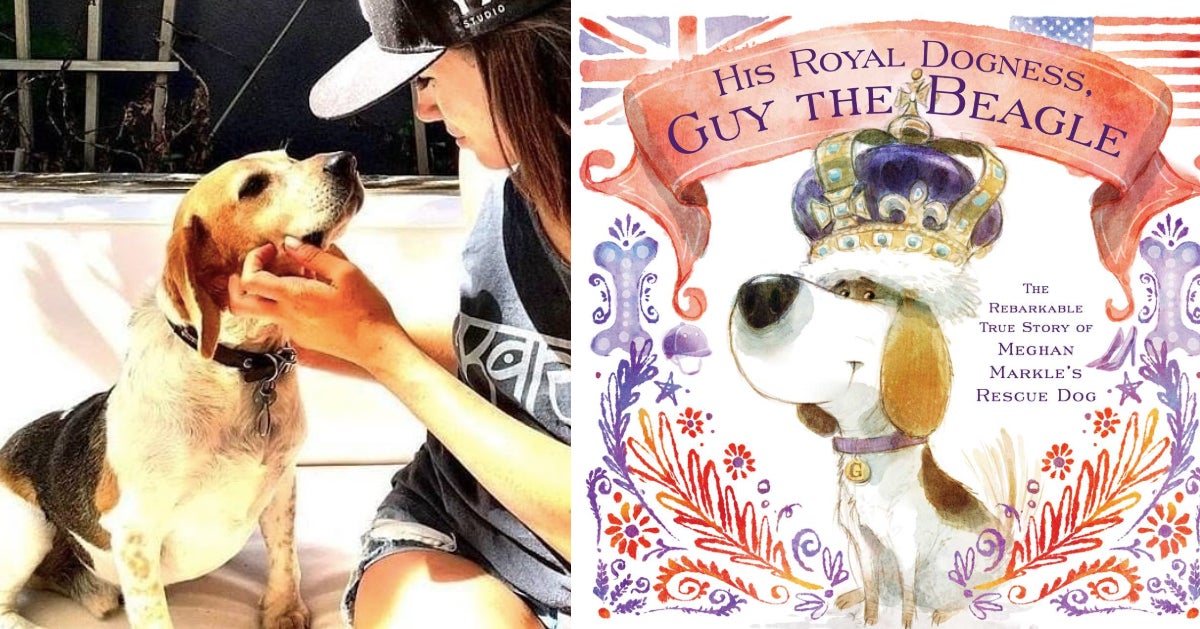 Meghan Markle and her love for animals has helped endear her to the Queen — according to Prince Harry, his grandmother’s corgis show more warmth to the former actress than they do to him.

READ: 8 of the sweetest moments from Prince Harry and Meghan Markle’s first interview as a couple

The Duchess of Sussex had been mom to two rescued dogs: Bogart, a Labrador-shepherd, and Guy, a beagle. Sadly, her move to the United Kingdom meant leaving Bogart in Toronto with trusted friends, supposedly due to his age and health.

Guy the beagle was once an abandoned dog in Kentucky who ended up in a kill shelter. To avoid meeting his demise, a rescue group brought him to Canada. Meghan was then based in Toronto for the TV show “Suits”. After their fortuitous meeting, the rest was history.

Guy has since been living the high life on royal grounds, and an inside look is set to be released in the children’s book “His Royal Dogness, Guy the Beagle: The Rebarkable True Story of Meghan Markle’s Rescue Dog.”

“Practically overnight, Guy goes from wags to riches. But does this backwoods beagle have what it takes to be welcomed into the royal family?” says a synopsis on Amazon, where the book sells for $17.99 (P970).

According to Hello Giggles, some of Guy’s escapades in England include learning to pee on the other side of the fire hydrant and chomping on Prince Charles’ sandwich.

Guy has been adorably rendered with a majestic crown in an illustration by EG Keller, an American children’s book illustrator known for his work in watercolor.

The beagle narrates his story through Mike Brumm, “The Late Show with Stephen Colbert” writer and producer, and Camille March, a former publishing professional who has also owned a beagle.

Another book, “The Duchess and Guy: A Rescue-to-Royalty Puppy Love Story” by Nancy Furstinger, is set to be released in January 2019. Some of the proceeds will aid in dog rescues. Furstinger has authored nearly a hundred books on animals.

Guy has recently gained a new brother in a rescued black Labrador named Oz. Perhaps their adventures are for another book. JB